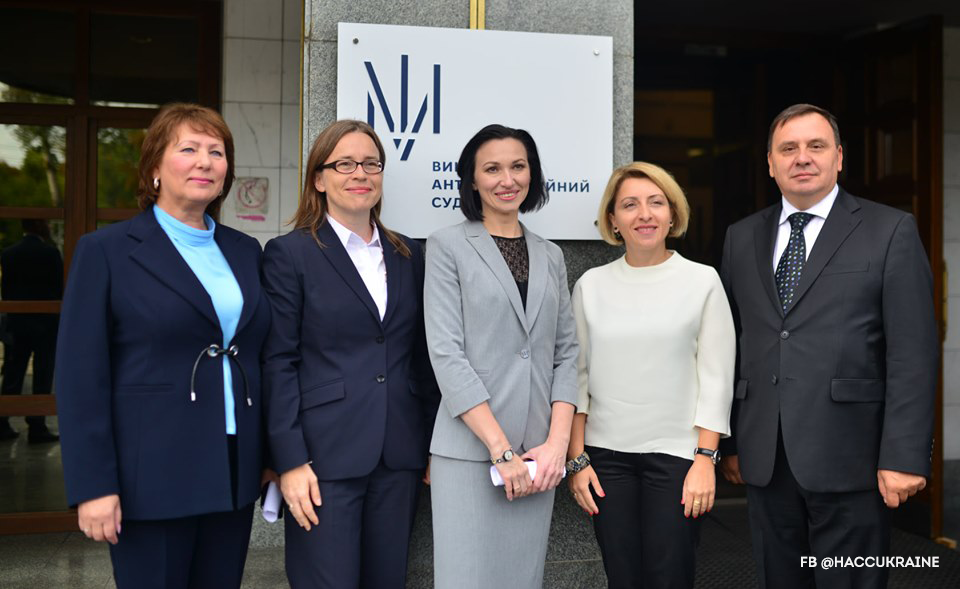 Long road to have the Court established. Establishment of the Court took quite a while. The setup of the High Anti-Corruption Court in Ukraine was something that the International Monetary Fund insisted upon as well as the U.S. Department of State and G7 member states – Ukraine’s key partners in countering Russia’s aggression.

The initial draft law was registered in December 2017, the judges were sworn in in April 2018.

Who are the judges? Three hundred and forty three candidates competed for the 39 seats at the High Anti-Corruption Court. Thirty eight candidates passed the tests, completed practical tasks, were interviewed by the High Qualification Commission and by international experts. Twenty seven of them will work as judges at the High Anti-Corruption Court, 11 took theirs seats in the court’s Chamber of Appeal. The court is chaired by Olena Tanasevych, she previously worked at the Pechenizkyi district court in Kharkiv region.

To ensure integrity of the judges who are part of the anti-corruption state system, the National Agency on Corruption Prevention regularly checks their declarations and monitors their lifestyle and spending of their family members.

The Court’s competence. The High Anti-Corruption Court exerts jurisdiction over criminal cases that regard corruption crimes. It covers 23 Articles of the Criminal Code that mostly fall within the area of responsibility of the National Anti-Corruption Bureau.

What is the key challenge that the Court is facing in practice? The legislation stipulates that on the first working day the High Anti-Corruption Court has to accept all the claims and indictments in the cases of competence. As per the preliminary assessment, these “corruption cases” are over 3,5 thousand and they can block the Court’s work for long.

To avoid that President Zelenskyi introduced a draft law to the Parliament suggesting that the High Anti-Corruption Court will only process the cases introduced into the registry of pretrial investigations after September 5, 2019 as well as the cases started earlier if the pretrial investigation was conducted by NABU and SAPO. Examples of the cases that the High Anti-Corruption Court will consider include the case started against the former MP Mykola Martynenko charged with embezzlement of millions of US dollars of state funds, the appeal against the sentence to the Odesa mayor Hennadiy Trukhanov or the case against the former Head of the State Fiscal Service Roman Nasirov.

What to expect next? The Parliament needs to pass the bill that will resolve the legal uncertainty that holds back the work of the High Anti-Corruption Court.

The upcoming law will clearly stipulate whether the Court will have powers to just consider the cases investigated by NABU or all other corruption cases as well. The NABU cases concern corruption on a larger scale.