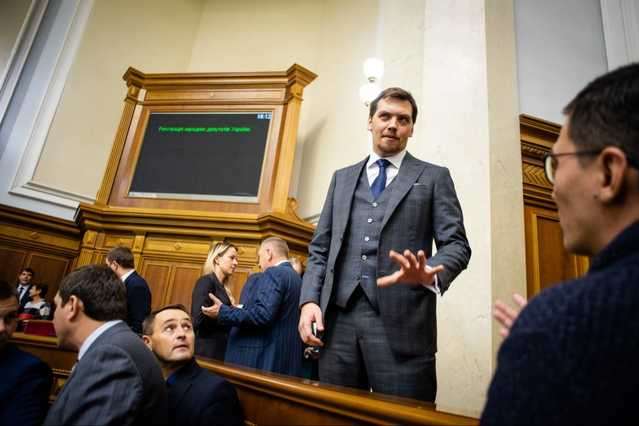 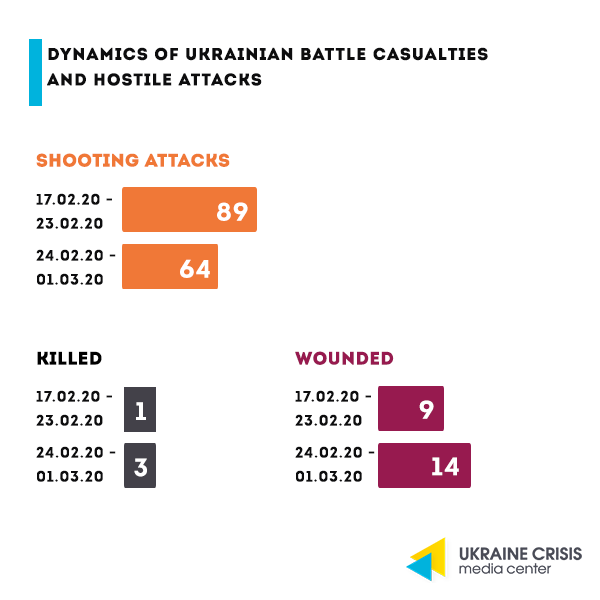 Minsk meeting: prisoner swap negotiated. In MinskHead of the Office of the President of Ukraine Andriy Yermak met with the Deputy Head of the Administration of the President of the Russian Federation Dmitriy Kozak. “The parties discussed the exchange of the detained persons in the ‘all for all’ format previously agreed by the Normandy Four leaders in Paris in December 2019,” the Office of the President of Ukraine said. At the meeting Yermak voiced the intention to hold the next prisoner exchange in March. Meeting participants noted the need to continue the talks in order to fully implement the agreements achieved during the Normandy Four summit in Paris in December 2019.

Resignation of the Prime Minister: will the cabinet shuffle happen? 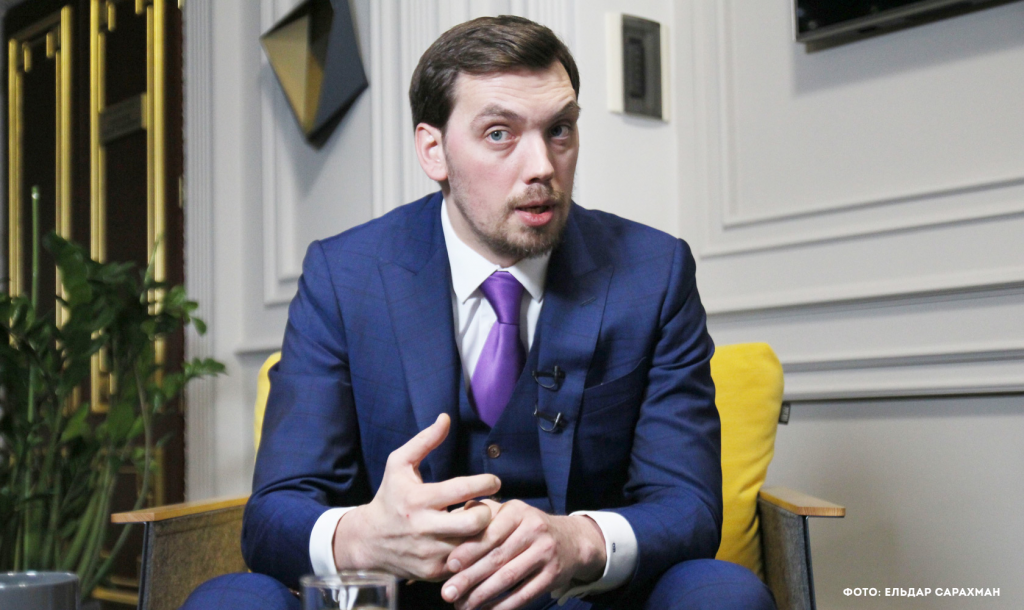 Rumors on the possible government re-shuffle and appointment of a new Prime Minister have been circulating recently. At the end of the last week President Zelenskyi called an extraordinary parliamentary session to be held on March 4 to possibly decide on the government re-shuffle. The Prime Minister in office Oleksiy Honcharuk is the youngest head of the government of Ukraine. On March 4 he can also become the Prime Minister with the shortest term in office – he’s been in office for over six months now. What the reasons behind the situation are, what candidates are considered for the position and what can possibly change is the cabinet shuffle happens, read on.

What went wrong with the Prime Minister? Despite being highly motivated and regardless of his integrity Honcharuk turned to be not ready for running the country. The Cabinet is a collegial body while the Premier is personally responsible for it.

Until recently the Prime Minister was backed by the former Head of the President’s Administration Andriy Bohdan. It was him who brought Honcharuk into the team. Since when Bohdan was replaced by Andriy Yermak, the Premier’s position worsened.

A conflict with Kolomoyskyi? One of the possible reasons behind thePremier’s unceratin resignation is the conflict with Kolomoyskyi. “Dzerkalo Tyzhnia” (Mirror of the Week) reports that on February 28 Prime Minister Honcharuk was invited to meet President Zelenskyi. During the meeting Honcharuk was asked to explain his decision to change the heads of the three energy companies including the PJSC “Centrenergo” previously managed by Ihor Kolomoyskyi’s trusted confidant.

As quoted by an unnamed source, Zelenskyi said that Kolomoyskyi is very unhappy about the staff changes and asked the Premier to explain the reasons. Honcharuk said he does not understand the general line: “we are fighting against Kolomoyskyi and then we are not, we are improving relations with the IMF and then we are worsening them.”

Government’s formal immunity.UCMC has already writtenabout the previous resignation attempt by Honcharuk that never materialized. It is now obvious that Honcharuk can only quit of his own will. Following his appointment on August 29, 2019 his cabinet was automatically granted one-year immunity. The future scenario will depend on whether Honcharuk decides to leave or will be holding on till the end.

Opinion polling: only 40 per cent of Ukrainians would reelect Zelenskyi 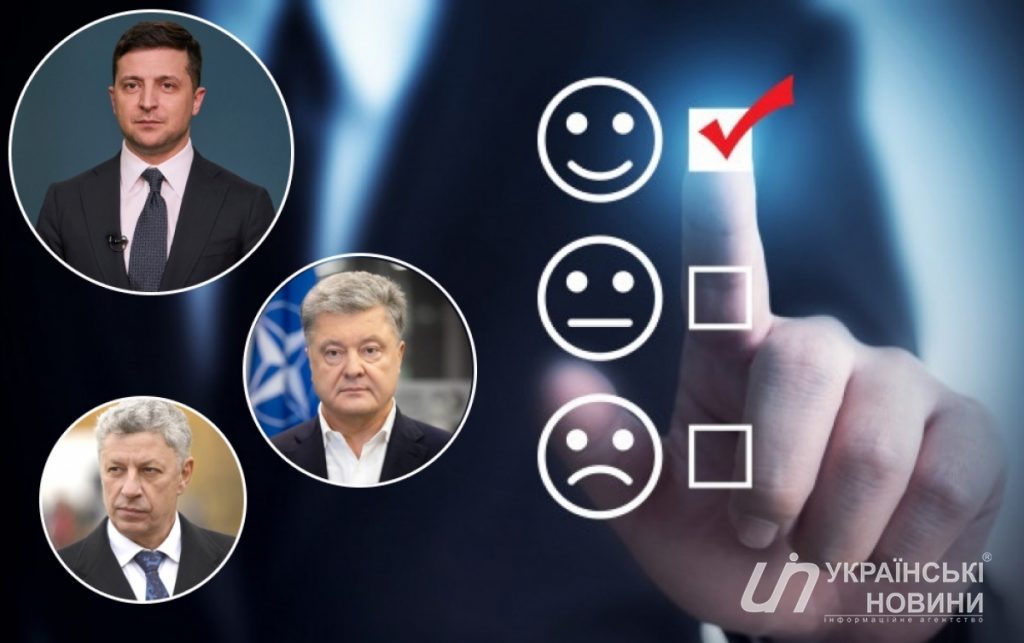 If presidential elections were to happen shortly, only 40 per cent would cast their votes for Volodymyr Zelenskyi. These are the results of the public opinion poll held by the Razumkov Center between February 13 and 17, 2020. The survey was held across Ukraine but in Crimea and in the occupied areas of Donetsk and Luhansk regions. The margin of error (excluding the design effect) does not exceed 2,3 per cent with 0.95 likelihood.

Campaign launched to boycott the May 9 military parade in Russia 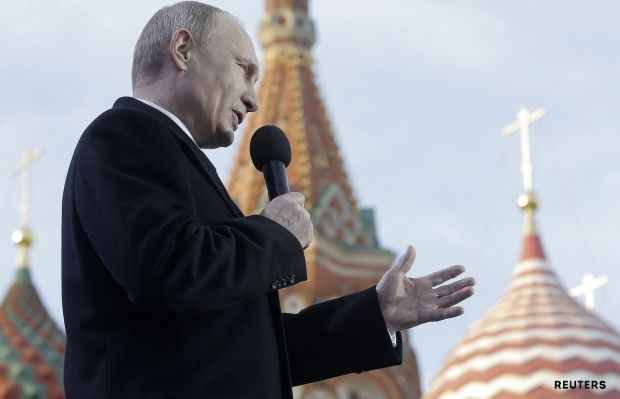 This year, the world marks the 75th anniversary of the end of the bloodiest military conflict in human history – World War II. The main purpose of the events that acknowledge this in the civilized world is to remind of the causes and consequences of that terrible war and to make every effort to ensure that this tragedy never happens again. This is the format that commemorates Memorial Day and reconciliation.

Instead, the Russian Federation uses this date to justify its own aggressive policies against other independent countries, both during the Soviet Union and today. The 9th of May celebration of Victory Day in Moscow on Red Square is the annual culmination of Russian militarism, expansionism and revanchism.

The event, which should honor the memory of the dead, will turn into a celebration of Russian weaponry. The same one that killed and continues to kill the defenders of Ukraine, Georgia, Moldova, and other countries against which Russian military aggression continues, and whose territories are occupied and annexed by Russian troops.

Ukrainian community of experts and civil society actors is launching a social campaign to counter Russia’s historical revisionism and militarism that will climax in this year’s May 9 parade.

Campaign materials are available at the hashtags #StopPutinsParadeand #NeverAgain. As part of the campaign experts call on international leaders to refrain from official visits to the May 9 parade in Moscow. Join the campaign by signing the appeal.

Any participation in these activities by the leaders of the civilized world is unacceptable because it justifies the Russian aggression against world order and peace, and encourages the Russian leadership to continue gross and systematic violations of the sovereignty of other states.