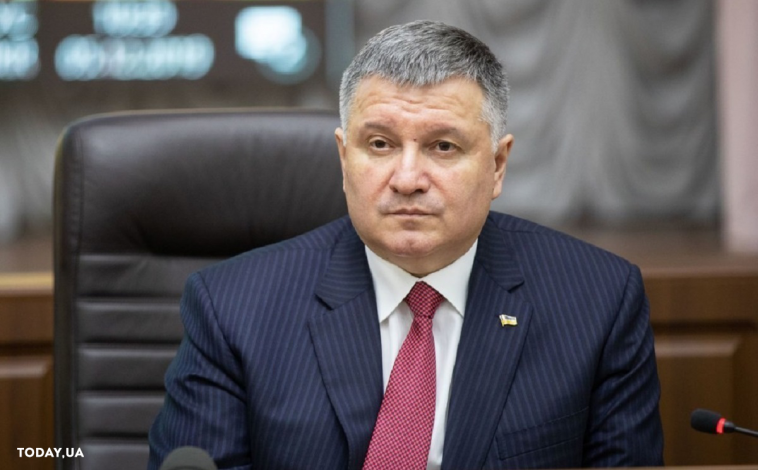 On the Ukrainian political scene, Minister of Internal Affairs of Ukraine Arsen Avakov has long become “eternal”. Changing are the Presidents and cabinets, while Avakov stays in office for six years now, starting from February 2014.

However, tension around the Minister’s seat mounts. Recent scandals including police abuse (rape and torture at a police station in Kaharlyk), police inaction (on a mass shoot-out in Brovary) and lack of real progress in investigation into Pavlo Sheremet’s murder – a case within the Minister’s direct responsibility, raise doubts as to whether Avakov should remain in office. UCMC takes a look at what’s happening and what to expect.

On June 5, during the question time, Minister of Internal Affairs of Ukraine spoke to the Parliament reporting on criminal cases of high public importance. Earlier, about 60 MPs of “Golos” (Voice) party and of major party “Servant of the People” (Sluha Narodu) submitted a draft resolution calling to remove Avakov from office.

Meanwhile outside the Parliament and the Cabinet of Ministers premises, a protest went on demanding Avakov’s resignation. Protesters were joined by human rights defenders (Center for Civil Liberties) and supported by the MPs of “Golos” party.

Recent scandals. On the night of May 23, in Kaharlyk, located 80 km south of Kyiv, a terrifying crime unfolded. A 26-year-old woman went to hospital claiming she was beaten and raped at the police station. Investigation led by the State Bureau of Investigation revealed shocking details: the victim was invited as a witness to the police station by 29-year-old policeman Serhiy Sulyma, assisted by 35-year-old head of the criminal police department of Kaharlyk Mykola Kuziv. The two policemen covered her face with a gas mask and handcuffed her, fired a gun over her head and then raped her several times. Both suspects were arrested, on May 26 court ruled in favor of 60-day pretrial detention without bail.

Besides, on May 29 a shoot-out involving several dozens of persons occurred in Brovary. The reason was a conflict between entrepreneurs – passenger transport service providers including illegal carriers. Police were accused of inaction and lack of ability to prevent such incidents.

Reform that actually failed. It is not the first time that policemen from regions shock the nation with their actions. A year ago in Pereyaslav-Khmelnytskyi (in Kyiv region) drunk policemen allegedly killed a five-year-old child. In 2016 in Kryve Ozero in Mykolayiv region a police patrol unit beat to death a 32-year-old local. Four years earlier a wave of protests shook the country, outraged with policemen from Vradiyivka in Mykolayiv region. Another notorious case took place in Mykolayiv, when police tried to hide the case of rape of Oksana Makar.

Experts claim that such permanence is illustrative of the fact that police have not undergone proper reforming.

The reform set to transform the entire top-down structure of the Interior Ministry, ended in 2016. The Georgian reformist team led by Ekaterina Zguladze and Khatia Dekanoidze who later took over, was able to change the “law enforcement monster” only partially by establishing a new patrol police force.

The reform has actually failed, as the Ministry of Internal Affairs employs 12 thousand patrol policemen and about 30 thousand detectives and special operations staff that remained unchanged.

Besides, the police reform almost did not reach small towns, where psychologists are not part of police recruitment teams or police units, and performance evaluation of staff has not become a regular practice. Police performance evaluation was sabotaged by the legal department of the Ministry of Internal Affairs, leading to a situation when 92 per cent of then policemen were qualified to stay, rest had their job contracts restored in court.

According to a survey held by the Razumkov Center in February 2020, mistrust to Arsen Avakov reached 74 per cent.

Why is Zelenskyi backing Avakov? Last year, when Zelenskyi decided to keep Avakov, a Minister in the Poroshenko-time cabinet, in the new cabinet of Oleksiy Honcharuk, he, firstly, said he assumes personal responsibility for the move, and, secondly, reassured that Avakov remains in office temporarily, until a substitute is found.

Over time, the discourse of the “temporary” solution vanished. When Honcharuk’s government resigned, Avakov remained in office. At the press conference on May 20, Zelenskyi explained that he has got special criteria to assess Minister Avakov’s performance. These are results of investigations into the murder of Kateryna Handzyuk and Pavlo Sheremet. Neither of the cases is completed, with the latter raising too many questions.

Nevertheless, experts emphasize that Zelenskyi will not remove Avakov from office now. “A skillful psychology connoisseur, Avakov knows how to put it properly to the President why he is irreplaceable. I guess, Avakov evokes a complex mix of fear and confusion in Zelenskyi’s head,” political analyst at “Ukrainska Pravda” Roman Romanyuk told Radio Liberty.

Thus, Zelenskyi fears radical movements that are allegedly restrained by the Interior Minister. The chances are high that the “eternal Minister” will remain in office despite the scandal, given also the fact that Avakov’s support inside the law enforcement system and on the political scene is solid.

Zelenskyi needs a stable police force, while neither he himself, nor the people in his inner circle understand its mechanisms of operation.