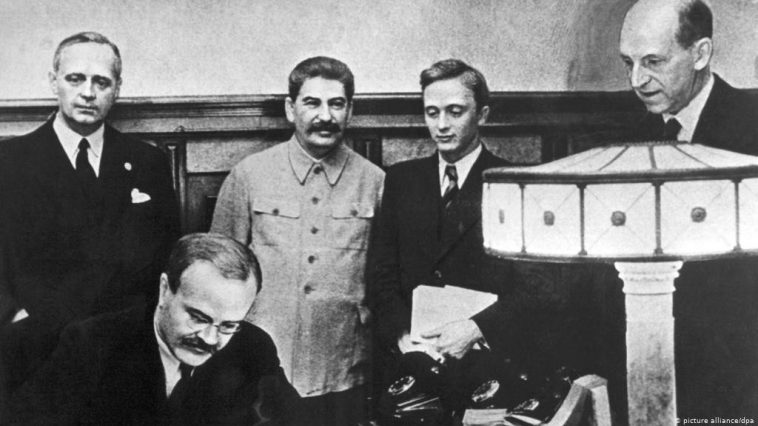 Reinvented Soviet past is one of the crucial elements of the current political mythology, which the Kremlin carefully crafts in face of its failing legitimacy. Since it presents itself as a successor to the global superpower, Russia gladly adopts its image, but does so selectively.

Moscow underlines the achievements and the “great victories” of the USSR as its own, simultaneously failing to mention their price. This is the case with the glorified Stalin’s industrialization, the human cost of which is concealed, or with the World War II victory, appropriated by the Kremlin. Russia has long been building a discourse of the USSR as a sole savior of Europe from the Nazi threat, and the Kremlin gradually went further — with transforming the Soviet Union into Russia within this discourse — for example, Putin has claimed that Russia would have won the WWII even without Ukraine. This manipulation (out of nearly 21 million Soviet victims of the hostilities, approximately 8 million were Ukrainians) serves the same political purpose: to construct the historical image of Russia as one of the world leaders by taking credit for the largely hyperbolized Soviet achievements.

When it comes to the dark pages of the Soviet history, however, Russia is not as open. It has been repeatedly whitewashing crimes of the communist regime both inside (e.g. the Chernobyl nuclear disaster) and outside the USSR borders. Russian perspective on the infamous Molotov-Ribbentrop pact, signed exactly 80 years ago, is a telling example of such whitewashing. The special significance of the shameful agreement between two totalitarian regimes was in the secret protocol, added to the non-aggression public part. According to this protocol, Eastern Europe was divided into spheres of influence — a concept still quite popular within the Russian political thought, — and which utterly erodes the image of the Soviet Union as the greatest enemy of Nazism. This self-ascribed status often comes in handy when undermining states the Kremlin is dissatisfied with and which it labels as Nazi — Ukraine, Georgia and Estonia to name the least.

As the notorious pact is quite famous, it is impossible for the Kremlin to dismiss it completely. Therefore, among the four standard pillars of disinformation — dismiss, distort, distract and dismay — the second and third ones come into play. Russian officials and state-controlled media have been running a long-term informational operation, aimed precisely at that. The core tactic is to twist the context of Molotov-Ribbentrop pact, equating it with the non-aggression agreements, signed by other European states with the Nazi Germany.

While appeasing the aggressor is, in retrospect, not the most righteous political behavior, none of these documents are on par with the pact that relegated independent states to the geopolitical backyard of totalitarian regimes. Yet this is exactly what the Kremlin does — and this is exactly how disinformation as a system works: by taking a fact, twisting it, putting it into a different context and, ultimately, creating a false narrative that serves the perpetrator.