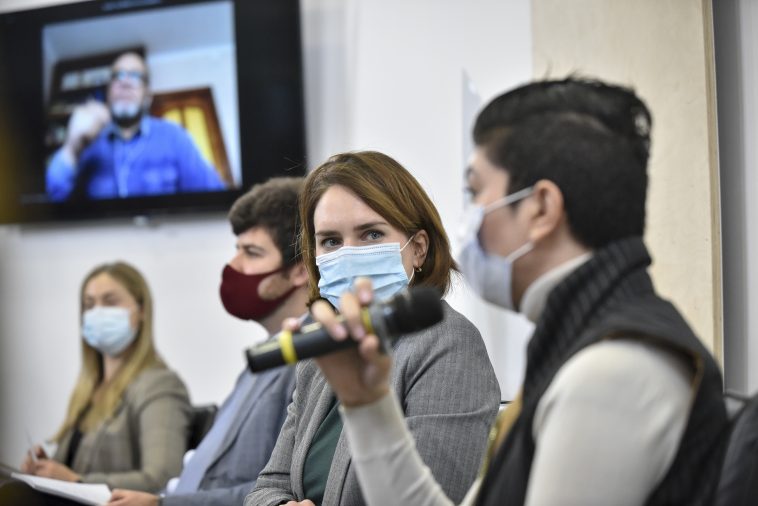 As activists urge the Ukraine authorities and international community to take action, here’s what we know about the enforced disappearances in Crimea.

According to KrymSOS (CrimeaSOS), in Crimea, over the past seven years under the Russian occupation, 44 persons became victims of enforced disappearances. The fate and whereabouts of 15 of them remain unknown.

They are Ukrainian and Crimea Tatar activists, or their relatives. The research released by KrymSOS analyzes the cases of those 15 victims of enforced disappearance in the occupied Crimea.

Family members of the Crimeans that went missing, were invited to join remotely the first part of the discussion. Abdureshyt Jepparov (the father of Islyam Jepparov, and uncle of Jevdet Islyamov), and Larysa Shaimardanova (the mother of Tymur Shaimardanov) spoke of the circumstances of the disappearances, search and investigation of those crimes.

“We don’t get any attention from the government (of Ukraine – edit.). Neither does our grandson (the son of Tymur Shaimardanov – edit.) who is 14 years old now. His voice sounds just like our son’s voice. It’s hard for me to talk to him by phone. Before and after Russia came, these are two different lives. Before, we used to be a normal family. Now our children and grandchildren but Tymur left Crimea, they live in Western Ukraine. We are not in contact with many of our relatives in Russia for that same reason. We blame our tragedy on entire Russia,” said Larysa Shaimardanova.

Abdureshyt Jepparov noted: “When I was interrogated (by Russian investigators in Crimea – edit.), one of the officers of the investigation committee told me: ‘It’s time that you get used to (the enforced disappearances – edit.). In Caucasus, they happen almost every day. Disappearances are routine.’”

The Ukrainian government response. Prosecutor Kyrylo Kopiyka said the Prosecutor’s Office of the Autonomous Republic of Crimea and the city of Sevastopol started criminal proceedings to investigate the enforced disappearances in the occupied Crimea. In some of the cases, suspects were identified, while effective investigation and bringing those liable to justice is impeded as the Ukrainian investigators have no access to Crimea.

KrymSOS analyst Yevhen Yaroshenko was quoted as saying that the Ukrainian government needs to put more effort into the search of the victims of enforced disappearance in Crimea and investigation into those crimes.

“We ask the Ukrainian authorities to make the enforced disappearances their top priority. Compared to other brutal human rights violations in the occupied Crimea, those crimes do not receive enough attention,” Yaroshenko proceeded.

How international community can help. By rolling out personal sanctions against those involved into enforced disappearances, Ukraine’s international partners can help advance the investigation into those cases, the analyst said.

Legal coordinator at KrymSOS Olha Kuryshko said that the NGO submitted materials of Ervin Ibrahimov’s case to the UN’s Working Group on Enforced or Involuntary Disappearances. Besides, earlier this year, KrymSOS and the Ukrainian Helsinki Human Rights Union helped Ervin Ibrahimov’s father to file a claim to the European Court of Human Rights in the case of his son’s disappearance.

“We will keep working and recalling the facts of enforced disappearances, underscoring that those acts cannot remain unpunished. We hope that one day we’ll learn what happened, and all those involved in those crimes will be held liable – including the perpetrators and the Russian Federation as the Occupying Power in the Crimean peninsula,” Olha Kurysho concluded.