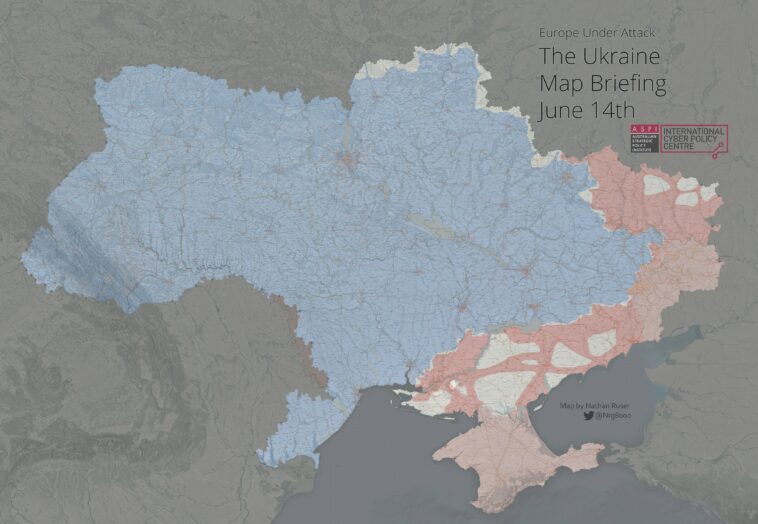 The numbers went up as an evening report said six people had been injured. They are in fair condition and had received medical aid, the head of the regional administration stated.

Western partners give Ukraine 10 per cent of requested weapons. Ukraine has received about 10 per cent of the arms it requested from Western allies to fight against Russia’s onslaught, Deputy Defense Minister Hanna Malyar said in televised remakrs.

“Ukraine has received about 10 per cent of the arms it requested [from Western allies],” Malyar said. Ukraine is using 5,000 to 6,000 artillery rounds a day. Russia uses 10 times more.

“Ukraine resists Russia in every way possible. Yet Russia has more weapons and troops. No matter how hard Ukraine tries, no matter how professional our army is, without the help of Western partners we will not be able to win this war,” the Deputy Defense Minister added.

“We expect our Western allies to not just help us as they already do. We need to have clear deadlines. We also need to get [the weapons] in the nearest time and we need to make sure that that is what Ukraine has requested,” Malyar said.

Outside Berestove, Ukrainian troops repulsed Russia’s assault. Russian forces took losses and had to retreat to the positions they held earlier. Russia conducts an assault near Zolote. Fighting rages.

Our episode about Kharkiv, Ukraine’s second largest city, located 40 km from the Russian border. Kharkiv has severely suffered from the Russian shelling, and is still bombed almost every day. Hosts: Volodymyr Yermolenko, chief editor of UkraineWorld.org, and Tetyana Ogarkova, Ukrainian scholar and journalist in charge of international outreach at the Ukraine Crisis Media Centre. Support us on patreon.com/ukraineworld

Video version on youtube, with videos from the city: www.youtube.com/watch?v=2sIj58qSG1I

What should the optimal security model for Ukraine be like? There is no consensus among the Ukrainian society but several options are to be considered, according to the high-level experts that gathered at the UCMC’s press centre for a professional discussion. In Ukraine in Flames #96, watch the experts talk about the desired and realistic alternatives to Ukraine’s security, the relationship between the role of military and diplomatic factors to achieve goals that meet Ukraine’s national interests and mechanisms to establish an effective security model.

Valeriy Chaly, Chairman of the Board of the UCMC

Pavlo Klimkin, Co-Founder of the National Center for Sustainability and Development, Minister for Foreign Affairs of Ukraine (2014-2019)