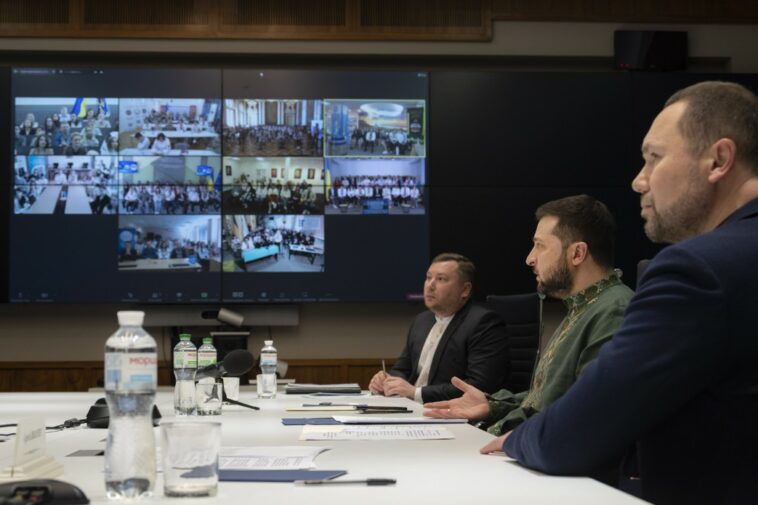 Ukrainian troops withdraw from Lysychansk. On Sunday, July 3, the Ukrainian Armed Forces retreated from their positions in Lysychansk, Luhansk region, the General Staff of the Armed Forces of Ukraine said.

“After heavy fighting for Lysychansk, Ukraine’s defense forces were forced to pull back from their positions and lines. In conditions of overwhelming superiority of the Russian occupying forces in artillery, aviation, multiple launch rocket systems, ammunition and personnel, continued defense of the city would have fatal consequences. The decision to withdraw was made to preserve the lives of Ukrainian defenders,” the General Staff said. Ukrainian defenders will continue to fight and will retake Lysychansk.

“Unfortunately, steel will and patriotism are not enough for success — material and technical resources are needed. Ukrainian troops defending Luhansk region and other parts of the country heroically perform their civic and military duties. We will be back, and we will definitely win!” the statement reads.

The 10-year plan is designed to accelerate the country’s sustainable economic growth. A list of national programs will streamline the efforts to achieve key results. The plan has a total of 850 projects and is based on five core principles: start now and ramp up gradually, grow prosperity in equitable way, integrate with the EU, build back better at national and regional scales, and encourage private investment.

The Prime Minister of Ukraine earlier said that Ukraine would need at least USD 750 billion to fund the recovery plan for after the war. Confiscated Russian assets will provide an important contribution.

Russia made a missile strike on a trade mall in Kremenchuk, killing over 20 people; 36 went missing. This and others are cases of Russia’s increasing missile terrorism hitting civilian targets in Ukraine, which Kremlin propaganda tries in vain to deny. Unable to withstand Ukrainian strikes, Russia retreats from the Zmiinyi island in the Black Sea, but Russians continue their offensive in the whole Luhansk oblast in the East. The situation on the front is difficult as weapon disparity between Russia and Ukraine is still considerable. NATO summit in Madrid calls Russia “the most significant and direct threat” to Allies. – This and more in a new weekly digest of our “Explaining Ukraine” podcast. Hosts: Volodymyr Yermolenko, Ukrainian philosopher and journalist, chief editor of UkraineWorld.org, and Tetyana Ogarkova, Ukrainian scholar and journalist, in charge of international outreach at the Ukraine Crisis Media Centre.

What Russia managed to steal from Ukraine during the full-scale invasion? Ukraine in Flames #115

Attempting to repeat the tragedy of the Holodomor, a forced famine of 1932-1933 perpetrated by the Soviet regime, Russia has stolen Ukrainian grain and food from the occupied territories, as well as farm equipment necessary to harvest crops. However, these are just some of the things Russia has appropriated since the start of the full-scale invasion. Watch Ukraine in Flames #115 to learn what else Russia managed to steal from Ukraine.

How Zaporizhzhia survives under Russia’s pressure. Ukraine in Flames #114

Ukraine ports blockade as a part of Russian war. Ukraine in Flames #116