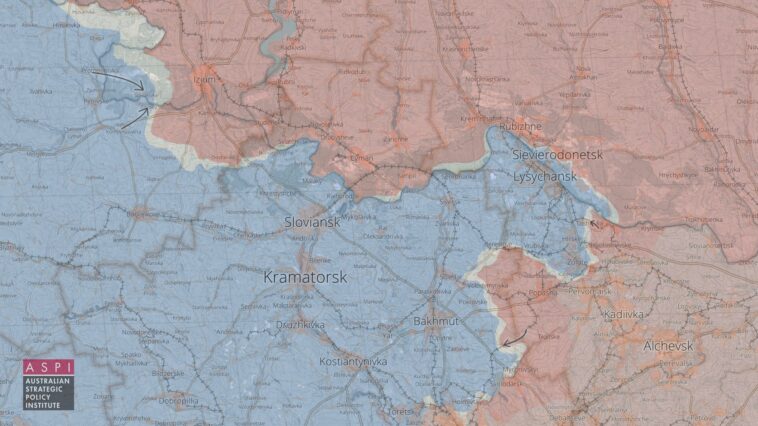 “Ukrainian troops took positions, and hold a defense line. The situation is stable and difficult, but controlled. Russian forces control two-thirds of the city’s residential areas. Ukrainian troops maintain control of one-third of the city including an industrial zone and adjacent territory,” Stryuk said.

Answering a question if sending supplies forward to the Ukrainian Armed Forces is still possible, he said: “It is possible, but it’s difficult. The bridges are destroyed, and there are doubts if they can be used. Sections are missing in most of the bridges. There are difficulties, but the city is not cut off. There is a possibility to deliver supplies in a number of ways.”

Third meeting of Ukraine Defense Contact Group: U.S. provides HIMARS to Ukraine. On Wednesday, Ukrainian troops completed training on the HIMARS rocket launcher system that will be sent to Ukraine by the end of June, Chairman of the U.S. Joint Chiefs of Staff Mark Milley said wrapping up the third meeting of the Ukraine Defense Contact Group. The Himars rocket system, together with ammunition and trained crews, will be transferred to Ukraine by the end of this month, Milley said.

The U.S. has provided to Ukraine more than 60,000 Javelin anti-tank weapons, 5,000 Stinger missiles, 700 Switchblade drones, 20 Mi-17 helicopters, and hundreds of thousands of munitions for small arms.

Milley said the international community had provided 97,000 anti-tank systems – more than there are tanks in the world.

Slovakia is promising helicopters and ammunition, and Canada, Poland and the Netherlands promised more artillery, U.S. Secretary of Defense Lloyd Austin said after the third meeting of the Ukraine Defense Contact Group in Brussels.

On Wednesday, U.S. President Joe Biden had a phone call with Ukraine’s President Volodymyr Zelenskyi. He announced that the U.S. will provide USD one billion in additional security assistance for Ukraine. U.S. Defense Secretary Lloyd Austin confirmed that guided MLRS rockets and Harpoon anti-ship missiles will be part of the package.

Ukraine in Flames #97: Not military heroes of the war: Ukrzaliznytsia

Through more than three months of Russia’s full-scale invasion of Ukraine, Ukrainian railway workers have bravely evacuated civilians from the places of fierce fighting, delivered humanitarian aid, transported weapons, and all this under the constant threat of Russian shelling and missile attacks. Watch Ukraine in Flames #97 to learn more about the non-military heroes of the Russian-Ukrainian war – the workers of the state railway company Ukrzaliznytsia.