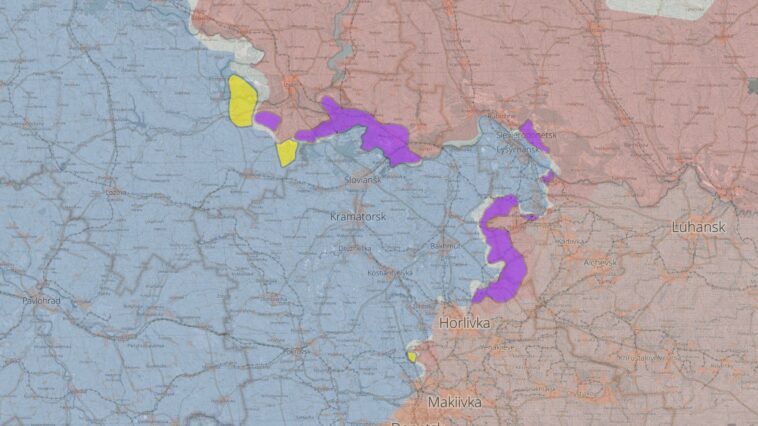 Three people were wounded by the missile strike. It also damaged apartment houses and commercial buildings, mayor of Mykolayiv Oleksandr Senkevych said on television. “Two privately-owned industrial sites were damaged. They have fuel depots. Windows were blown out and the roof damaged in a school. Windows and doors were blown out in five five-story apartment buildings,” Senkevych said.

The attack caused fire as a missile hit an industrial facility. Mykolayiv is covered in black smoke, the mayor said.

“There is smoke haze above the city. Firefighters work, but it has to burn out naturally, it is not possible to extinguish it,” he added. Doors and windows were blown out in four private houses.

Levin and Chernyshov were possibly executed by members of the Russian Guard’s 106th airborne division or a special forces unit, the RSF’s report reads. Reporters’ assumptions are based on evidence collected on the spot where bodies of Levin and his friend were found.

The journalists recorded 14 bullet impacts in Levin’s burned car. They also found material evidence of Russian presence at the crime scene including food packaging and plastic cutlery that could still contain DNA traces.

Reporters Without Borders passed the evidence to the Ukrainian authorities in charge of the investigation. Maks Levin was 40 years old.

Ukraine expects to implement the European Commission’s recommendations for the country’s EU membership status by the end of the year, Vice Prime Minister for European and Euro-Atlantic Integration Olha Stefanishyna said at a news conference at Media Center Ukraine on Wednesday.

“We expect to complete all these steps by the end of this year. We will be able to implement most of them even faster including adoption of laws and completion of technical tasks,” Stefanishyna said.

The European Commission will assess Ukraine’s progress in implementation of the recommendations at the end of the year, the Vice Prime Minister added.

“It is in our interests as we would like to begin [accession] negotiations,” Stefanishyna said. “Ukraine will not give up on its EU candidate status,” she proceeded.

The Ukrainian government will formulate a vision of reforms to meet the demands by the European Commission for EU candidacy including appointment of the head of the Specialized Anticorruption Prosecutor’s Office, Olha Stefanishyna said.

Ukraine in Flames #104: Foreign aid to Ukraine and helping Ukraine as a foreigner

Russian aggression against Ukraine has shocked the world deeply – and it brought powerful demand for justice along. Foreign governments in the West are united in their support for Ukraine, and in some cases, like Germany, people feel that the response and assistance should be even stronger. Because, ultimately, the governments in democracies are driven by their people – who have spoken and who are overwhelmingly supportive of Ukraine.