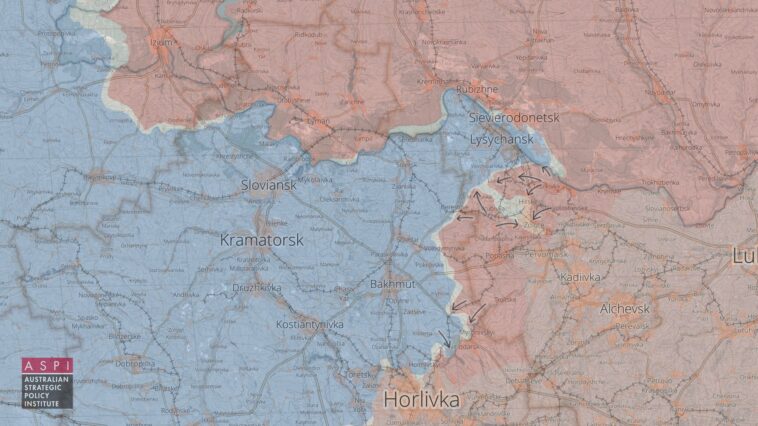 Offensive on Lysychansk halts. Russia captures Mykolayivka. Ukrainian troops stopped the advance of Russian forces outside Lysychansk, but Russians captured Mykolayivka, the General Staff of the Ukrainian Armed Forces said. Ukrainian troops got out of the encirclement near Zolote and Hirske, towns south of Severodonetsk and Lysychansk. Russians mass troops near Zolote to support an assault on Severodonetsk, head of Luhansk regional military administration Serhiy Hayday said. He did not rule out that Ukrainian troops may have to pull back to stronger positions. “Russians deployed most of the reserves to occupy all of Luhansk region soon. Fighting rages on all axes. In the industrial area of Severodonetsk, many defense constructions were ruined. We do not rule out that [Ukrainian troops] will have to withdraw to retreat to better fortified positions,” Hayday added.

In the darkest times of Ukraine’s modern history, support and friendship cannot be overestimated. Ukraine In Flames continues exploring how foreigners join – or even push – their governments in providing Ukraine with aid on different levels, from fundraising for the military to organizing humanitarian aid, a process that becomes trickier with time simply due to the fact that enthusiastic volunteers, Ukrainian and foreign, have already bought much of the tactical supplies throughout Europe and directed it to Ukraine. Acts of kindness are driven by empathy and a need to do the right thing, but sometimes also by a very personal understanding of the pain Ukraine goes through. Greetings from Spain and Estonia in Ukraine In Flames #105.