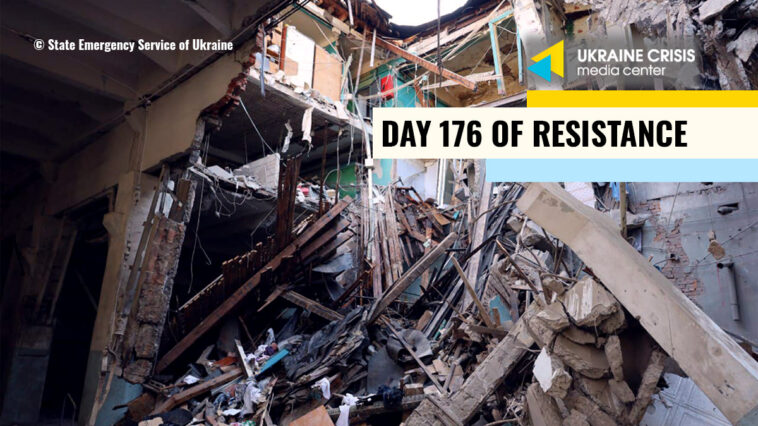 Tragic night in Kharkiv: 12 civilians killed, up to 40 wounded

On the evening of August 17, a Russian missile strike on Kharkiv hit an apartment block in the Saltivskyi district killing 12 civilians and injuring 20 more, the State Emergency Service said. There are no military sites in the area.

Four people were rescued under the rubble.

“Twelve people were killed, a report of 3 p.m. said, all of them civilians – a lot of senior people and people with disabilities,” the State Emergency Service said.

On the morning of August 18, Russia conducted another air strike on Kharkiv. It hit a dormitory and a non-residential building in the Slobidskyi district. A large fire started. Three people were killed under the rubble of the dormitory, including a child. 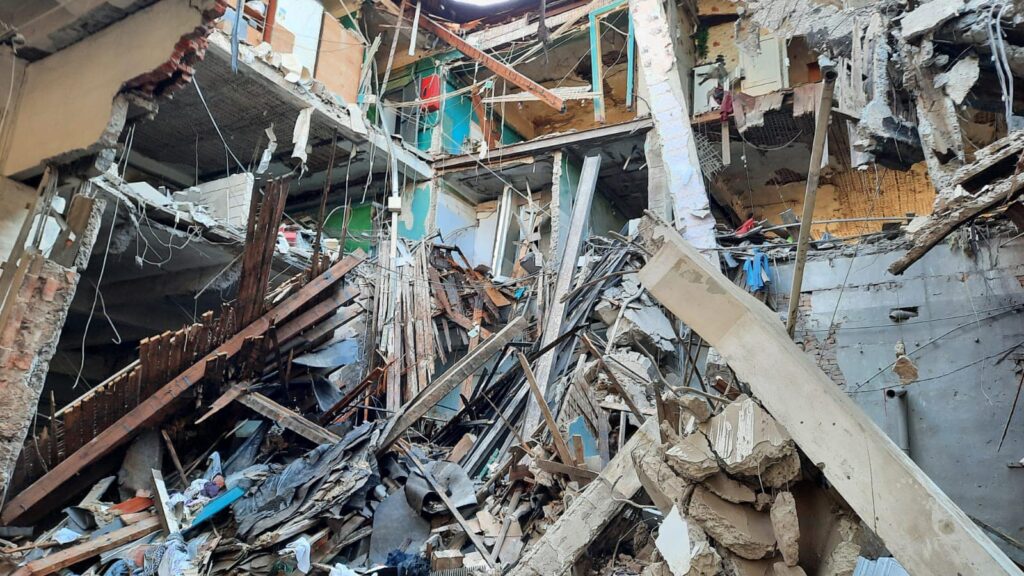 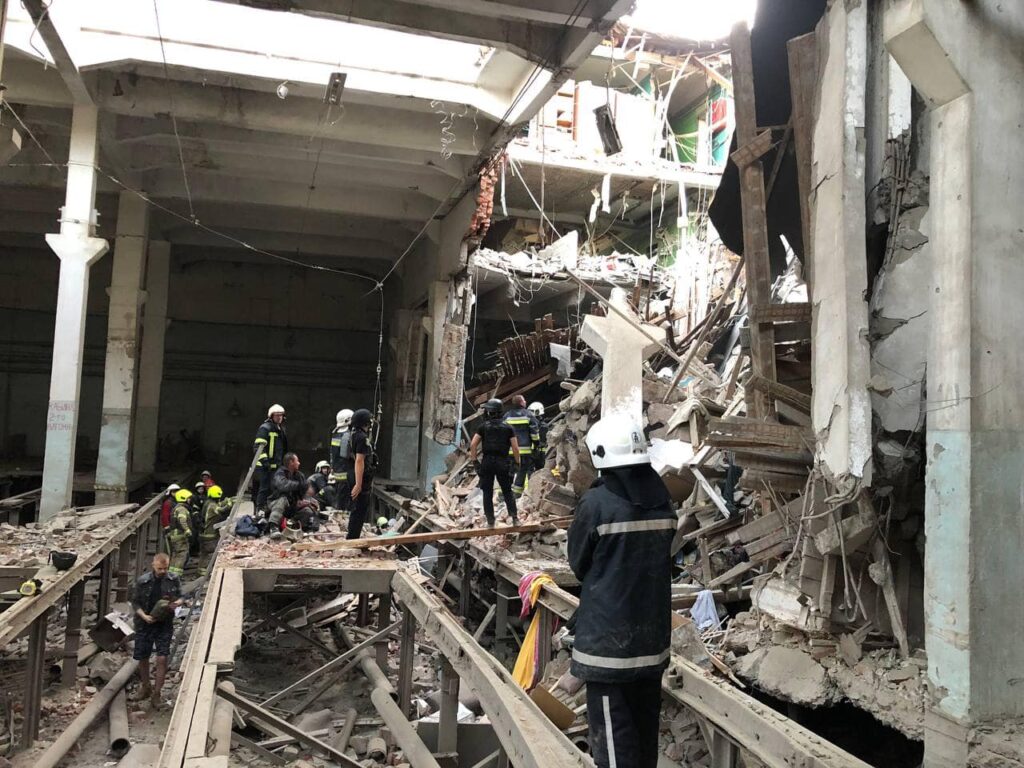 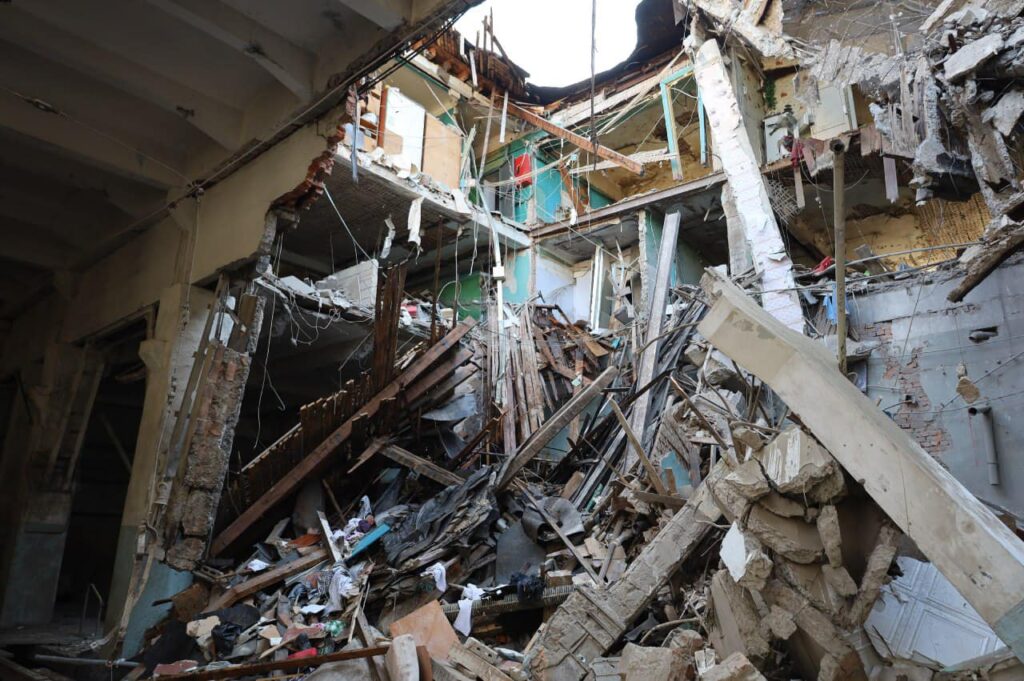 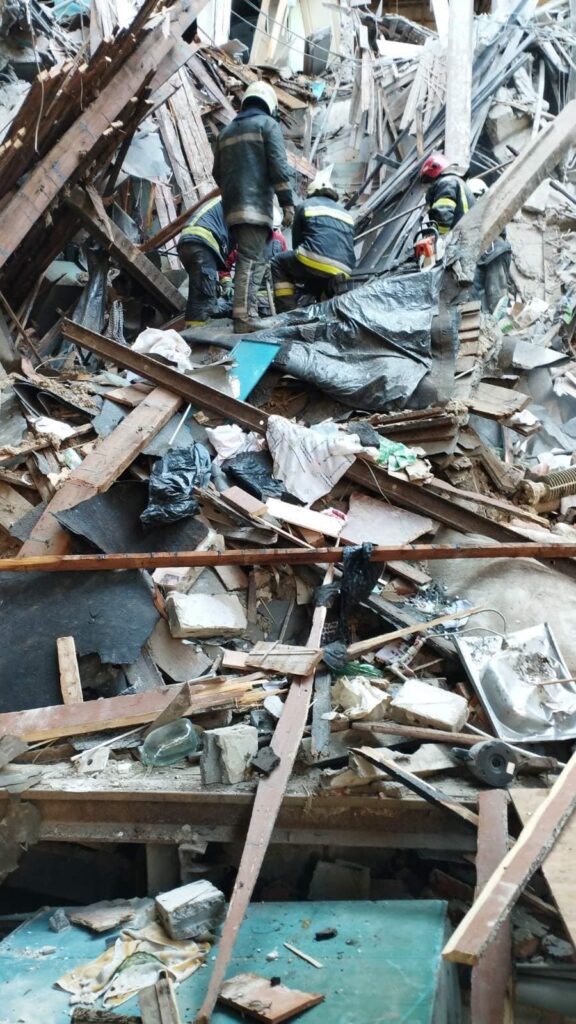 In Lviv, as the leaders gathered for talks, the Ukrainians rallied in support of the prisoners of war, including Azovstal defenders.

Zelenskyi and Gutteres agreed to continue to coordinate efforts for Ukrainian grain exports. They also discussed Russia’s illegal forced deportation of Ukrainians, and prospects of liberation of Ukrainian prisoners of war and medics. “[The talks] had a special focus on Russia’s nuclear blackmail with the Zaporizhzhia nuclear power plant,” President Zelenskyi said.

Ahead of the talks, the Turkish side anticipated that prospects of diplomatic settlement of Russia’s war against Ukraine will be an item on the agenda. No sensational breakthrough will emerge from the talks, Ukrainian political analyst Volodymyr Fesenko said ahead of the meeting. Currently, there is no ground for peace talks between Ukraine and Russia, he added. The grain deal and the dangerous situation with the Zaporizhzhia nuclear power plant were anticipated as potential items for discussion.

Ahead of the talks, on August 17, Volodymyr Zelenskyi ruled out a possibility of talks with Russia even with mediators as long as Russia intends to continue the war.

After the talks, Zelenskyi said that talks with Russia will be only possible after the Russian forces leave the territory of Ukraine that they illegally seized.

“The Russians ordered a sudden ‘day off’ for staff at the Zaporizhzhia nuclear power plant. On August 19, only operative personnel will be at the power plant. Entry to all other employees will be closed. Rosatom staff that were at the station, urgently left the plant,” Main Intelligence Directorate of Ukraine’s Defense Ministry said.

The Russian Defense Ministry said Ukraine was plotting a terrorist act at the Zaporizhzhia nuclear power plant to blame Russia for a manmade disaster as UN’s Gutteres visited Ukraine.

After massive shelling of the Zaporizhzhya nuclear power plant, the Russian forces can “raise the stakes” and stage a real terrorist attack on the largest nuclear facility in Europe, Ukraine’s intelligence agency said.

How to steal a nuclear station? Russian atomic blackmail in Enerhodar. Ukraine in Flames #155

Russia keeps terrorizing Ukraine and its Western allies with the nuclear threat, using Zaporizhzhia NPP in the occupied Enerhodar as a shield for its military actions. Watch Ukraine in Flames #155 to know how Russia organizes nuclear provocations and how the global community can put an end to this.