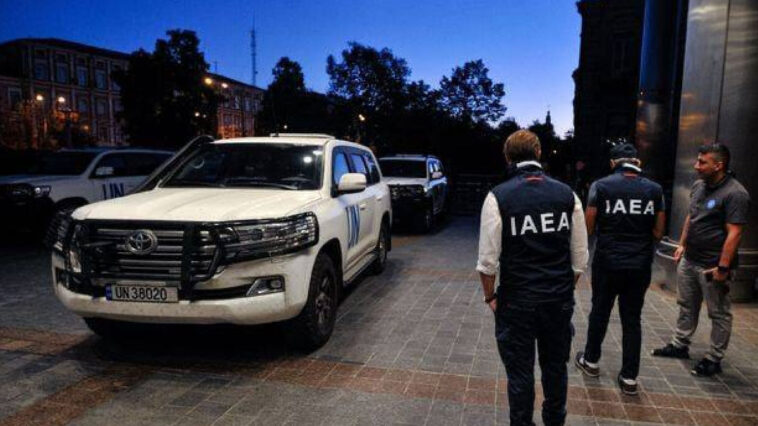 What’s going on in the south?

The Ukrainian military operations have made some forward movement, Pentagon press secretary Brig. Gen. Pat Ryder said. In order to preserve operation security, he said he would not talk about tactical-level battlefield detail.

As of September 1, fierce fighting rages in the south. The Ukrainian army units pushing toward Kherson are retaking ground held for months by Russia’s invading troops amid extremely fierce fighting, according to The Wall Street Journal that cites eight Ukrainian soldiers who took part in fighting and were being treated for injuries at a hospital behind the front lines. Russian soldiers seemed well-equipped and were putting up stiff resistance, the Ukrainians said.

On Thursday, September 1, a mission of the International Atomic Energy Agency (IAEA) completed its first tour of the Zaporizhzhia nuclear power plant in occupied Enerhodar. On the morning, the Russians shelled the city and the area of the plant, blaming the attacks on Ukraine.

The Russian forces began shelling Enerhodar at 5a.m., the city’s mayor in exile Dmytro Orlov said. The fifth reactor at the Zaporizhzhia nuclear power plant – one of the two working, was shut down and its emergency protection system activated at around 9:30a.m., Ukrainian nuclear energy company Energoatom said.

The mission led by IAEA director-general Rafael Grossi, arrived at the plant at around 2:30p.m. on Thursday.

Ahead of the IAEA visit, the occupying forces stepped up repressions of the personnel of the plant, the Ukrainian intelligence said. Some disappeared, their whereabouts unknown. Instead, the Russians inserted trained people who would stage scenes of support to the occupying force by local residents to impress the mission.

On the evening, IAEA director-general Rafael Grossi said the agency completed its first visit to the Zaporizhzhia plant, and was establishing continued presence at the station. Five mission members stayed to continue to work at the plant. They were unloading the equipment they brought.

Energoatom confirmed that Grossi left the plant with most of the delegation.

Russian President Vladimir Putin has reportedly ordered Russian forces to reach the administrative borders of the Donetsk region by September 15, deputy head of the Main Operational Directorate of the General Staff of the Ukrainian Armed Forces Oleksiy Hromov said Thursday.

“The enemy continues to hold the occupied areas of Kharkiv, Luhansk, Donetsk, Zaporizhia, Kherson and Mykolaiv regions, and is also trying to create favorable conditions to resume the offensive,” he said.

The Russians continue to redeploy the third Army Corps to the occupied territory to build up troops and restart the advance in the Donetsk operational area, Hromov said.

On Thursday, the Ukrainian Armed Forces rebuked the attacks on four axes – Slovyansk, Bakhmut, Avdiivka, and Novopavlivka. The Russians took losses and withdrew.

Because of the Russian war, thousands of Ukrainian children will not be able to return to the education process they are used to. Some of them were forced to flee Ukraine, some remained in the occupied territories or in the war zone. Ukrainian schools offer various ways to provide education to children despite the war. How will the new school year start in Ukraine, what are the challenges the students, parents, and educators face, – learn in Ukraine in Flames #175