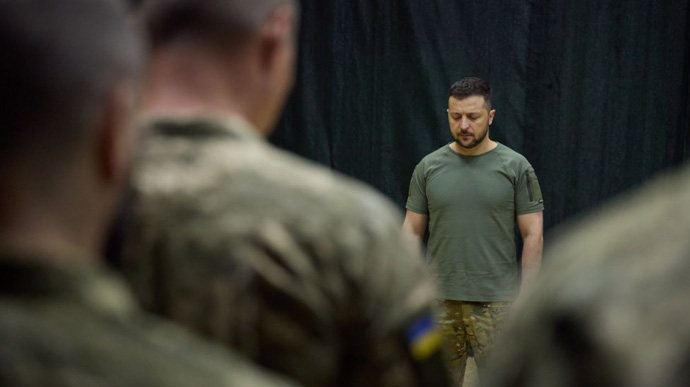 Ukraine’s counteroffensive in south. Ukraine has pushed back Russian forces at several points around Kherson, journalist of The Guardian Dan Sabbagh said on Twitter, quoting Western officials. Russia has around 20,000 troops in the Kherson pocket, they estimate. It is too soon to determine if the Ukraine attack is succeeding, the journalist said. The Pentagon earlier said they are aware of Ukrainian military operations that had made some forward movement in the Kherson region, and, in some cases, of Russian units falling back.

Success of the Ukrainian troops and partisans made the Russian occupying forces postpone their plans to stage a sham referendum in the territory they seized, head of the Luhansk regional military administration Serhiy Hayday said.

Two IAEA experts to stay at plant, report out next week. Two members of the IAEA mission will remain permanently at the Zaporizhzhia nuclear power plant, director-general of the International Atomic Energy Agency Rafael Grossi said at a news conference in Vienna.

On Thursday he led a 15-member team to the plant, where they spent a few hours.

Grossi said that six of the agency’s experts remain at the plant, and there will be a permanent presence on site – “with two of our experts who will be continuing the work.”

The Ukrainian plant is controlled by the Russian forces, Grossi said. He will present a report next week.

Russia threatens to label U.S. party to war in Ukraine. Russia may label the U.S. a party to the war in Ukraine in view of the weapons support that the U.S. provides, Russia’s Deputy Foreign Ministry Sergey Ryabkov said.

”A very narrow margin” separates the U.S. from becoming a party to the war in Ukraine, Ryabkov said. The U.S. continues to ramp up weapons support to the “Kyiv regime”, he added.

“We have repeatedly warned the U.S. about the consequences that may follow if the U.S. continues to flood Ukraine with weapons,” Ryabkov said. “It effectively puts itself in a state close to what can be described as a party to the conflict.”

Grading the effectiveness of sanctions on Russia. Ukraine in Flames #176

Ukraine’s international partners have already introduced seven packages of sanctions against Russia in response to Russia’s brutal war against Ukraine. The Russian economy is facing significant problems, however, the effect of the imposed measures is not as devastating as many expected. How efficient is the sanction mechanism and how does it impact Russia’s capacity to wage its war? Learn in Ukraine In Flames #176.

Oleh Pendzyn, economist, Economic Discussion Club CEO, Head of the Department of the Federation of Trade Unions of Ukraine