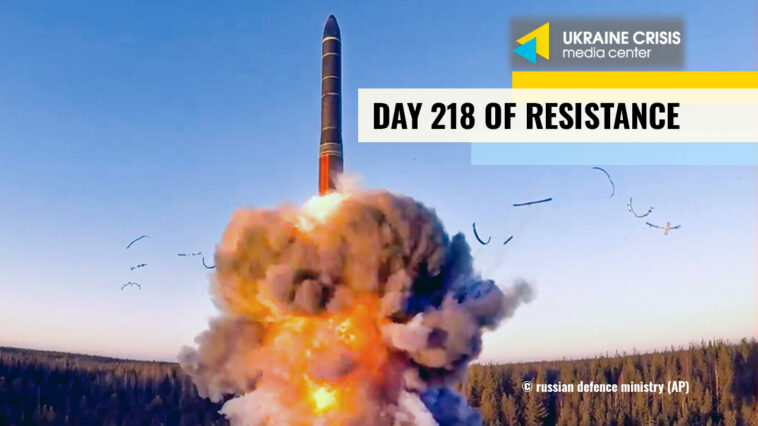 “They will likely target places along the frontlines with lots of [army] personal and equipment, key command centres and critical infrastructure,” said Skibitskyi, about Russia’s use of tactical nuclear weapons. “In order to stop them we need not just more anti-aircraft systems, but anti-rocket systems,” he added.

Ukrainian Defense Minister Oleksiy Reznikov earlier said that there is a risk of Russia using tactical nuclear weapons, but their quality and condition raise questions.

Putin will make a lengthy speech on the annexation, Peskov said.

Russia’s missile terror in Dnipro. On the night of September 28 into September 29, Russia carried out a missile strike on Dnipro. Four people were killed, including two children.

Ukraine’s critical infrastructure has suffered colossal damage from Russian attacks, with energy facilities sustaining attacks that are especially brutal. Destroyed airports and airport runways, seaports, educational establishments, and hospitals. But despite all the challenges of the war, the Ukrainian energy system continues not only to meet the needs of Ukrainians but also increase its export to the countries of Eastern Europe. How does Ukraine manage to stay resilient in the face of Russian aggression? Learn in Ukraine In Flames #202.