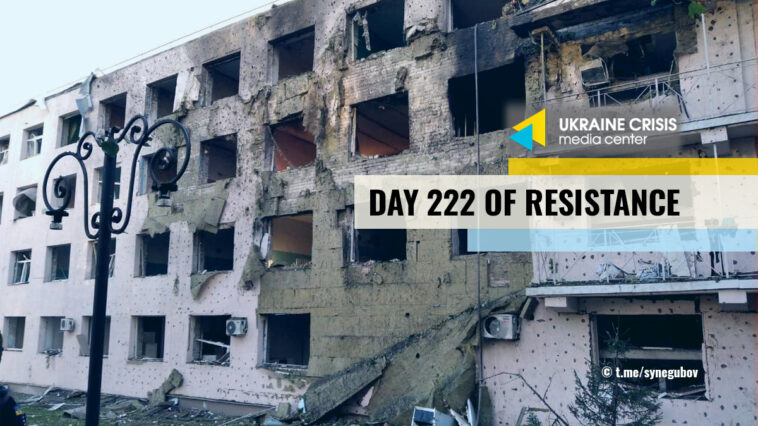 Over the weekend, the Ukrainian troops made further gains on several axes. On October 1 and October 2, the Ukrainian Armed Forces gained control of Lyman, in Donetsk region, and fully cleared it of the Russian forces. The Ukrainians also made considerable advance in Kherson region.

In the south, the Russian forces pull back on some axes, but the situation remains difficult, the Operational Command South (Pivden) said.

In the south, the Ukrainian missile and artillery units completed 196 tasks, providing fire support for advancing troops. “On the southern axis, the situation is difficult but controlled by Ukraine’s defense forces,” the Operational Command South said.

The Ukrainian Armed Forces maintain fire control of the Russia-occupied territory and continue to strike the areas of concentration of Russia’s live force, equipment and weapons, its command posts, and supply routes.

“The Russians are on the defense. They were forced to retreat on some axes, abandoning positions,” the Operational Command South said. 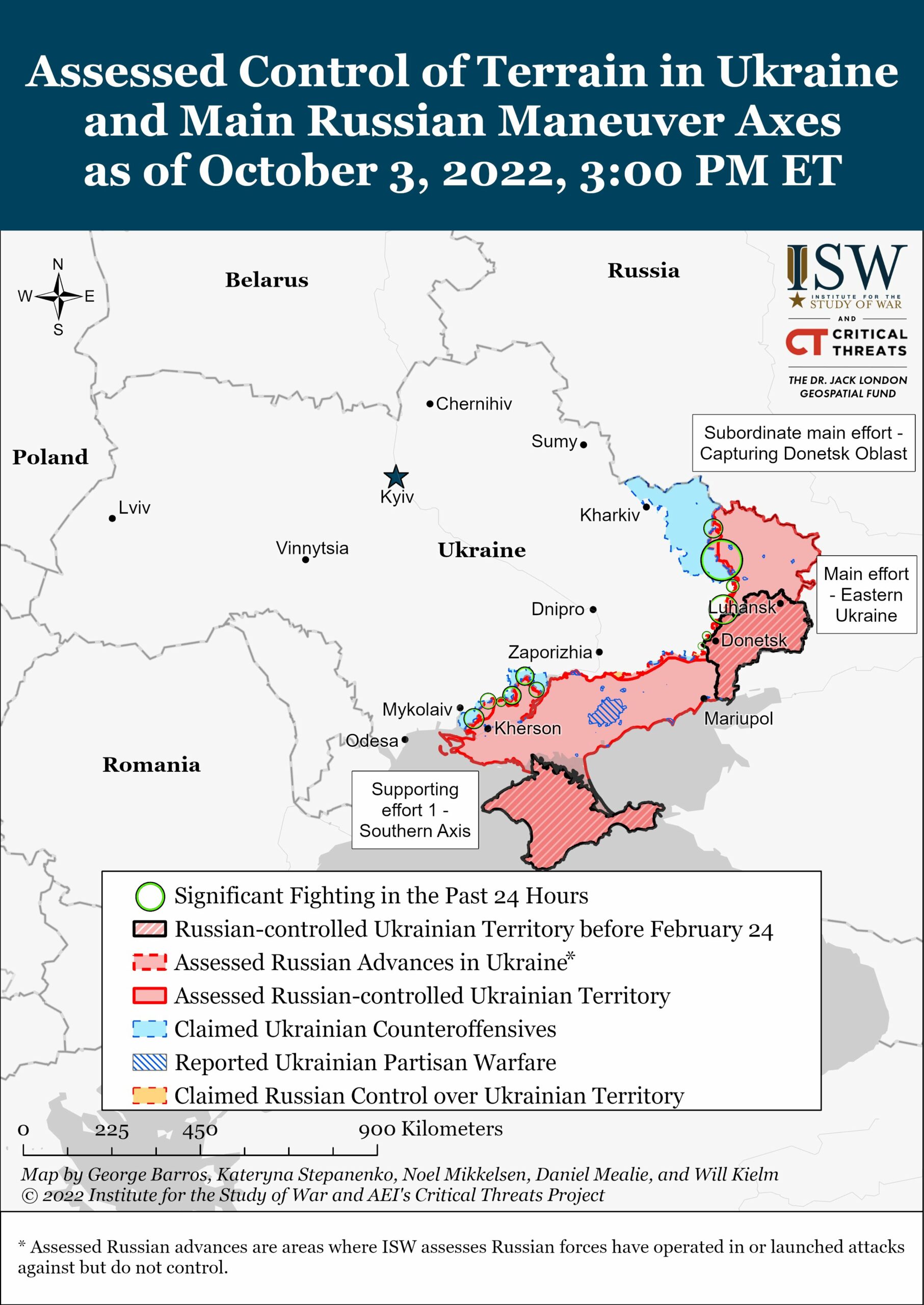 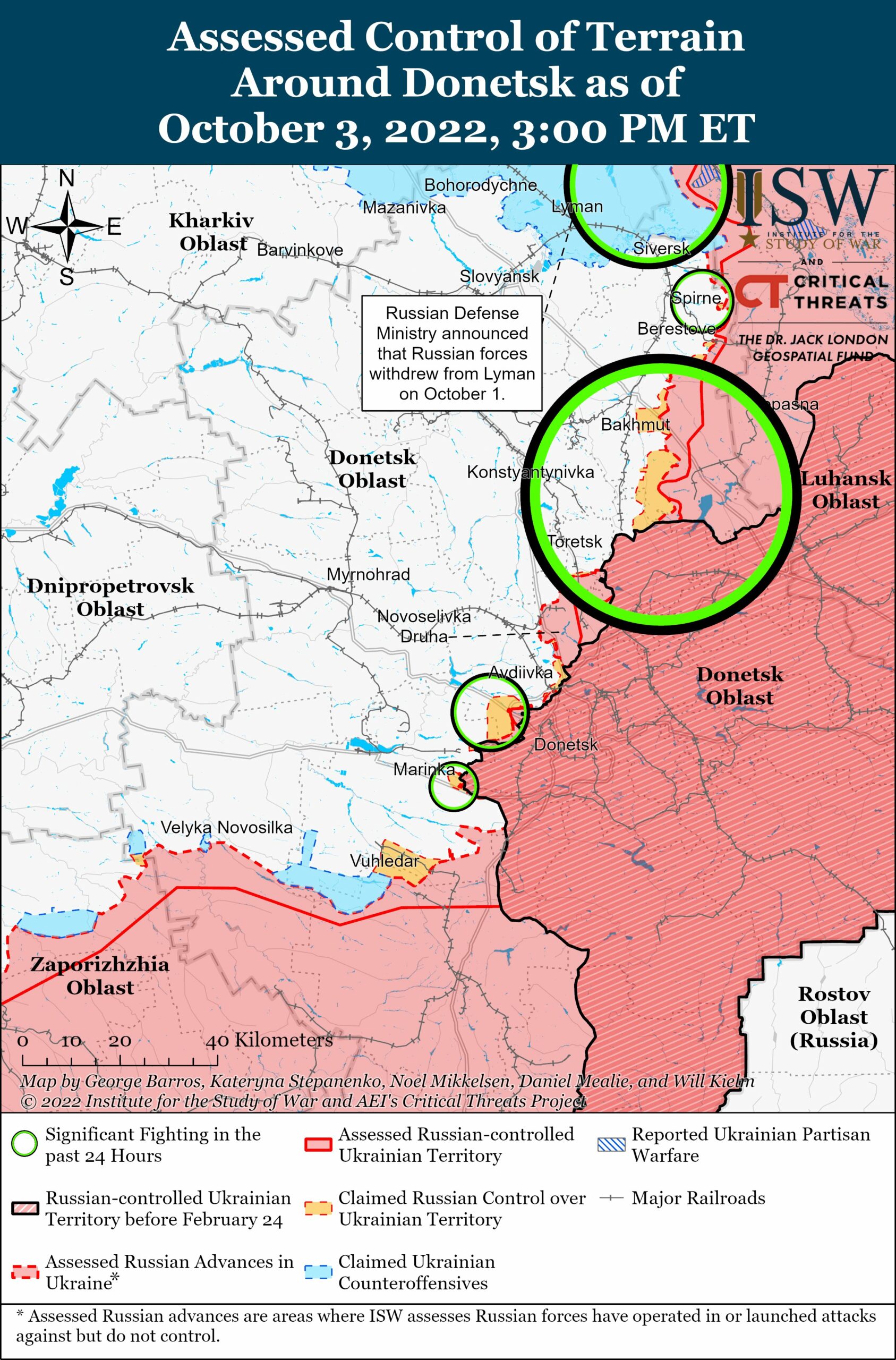 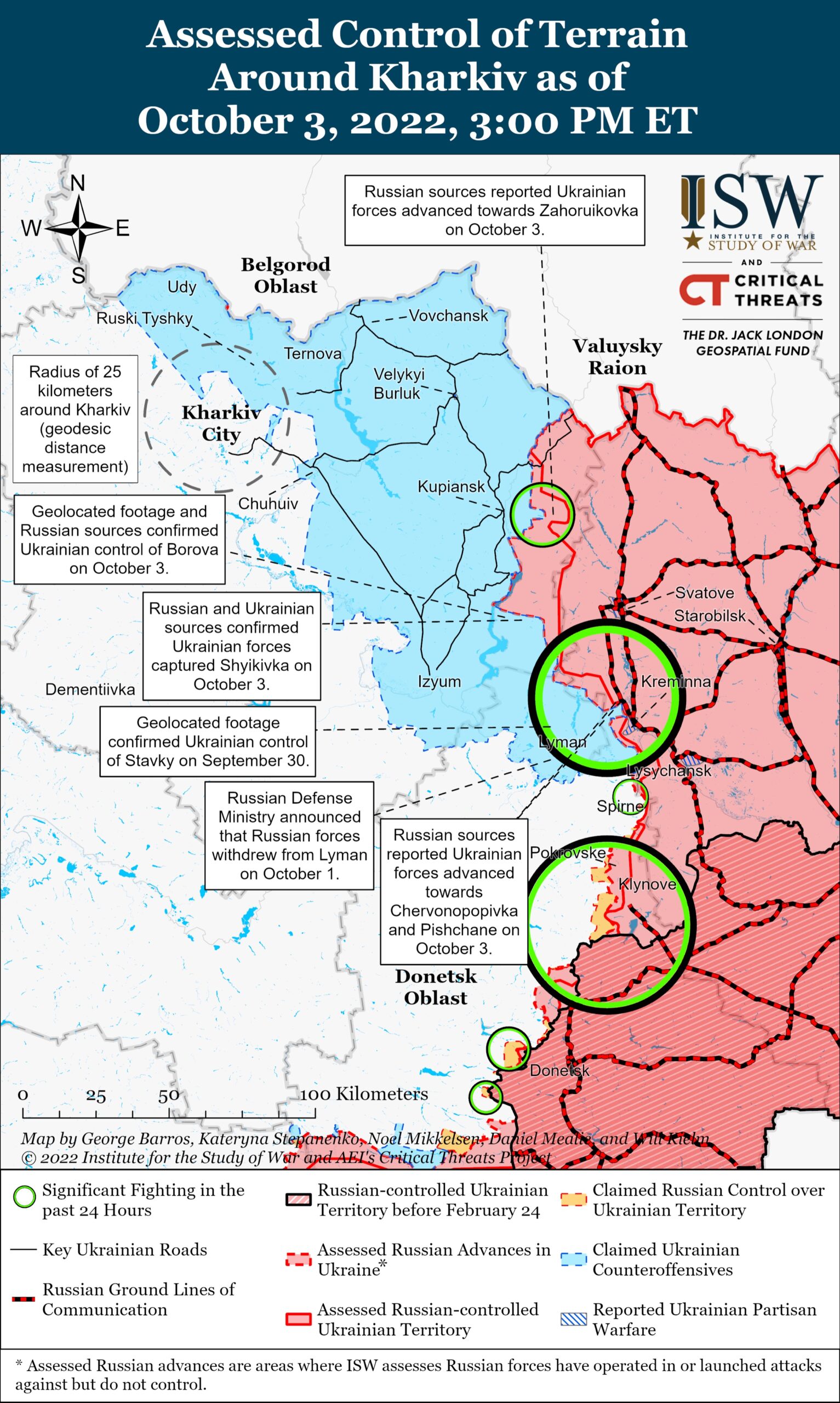 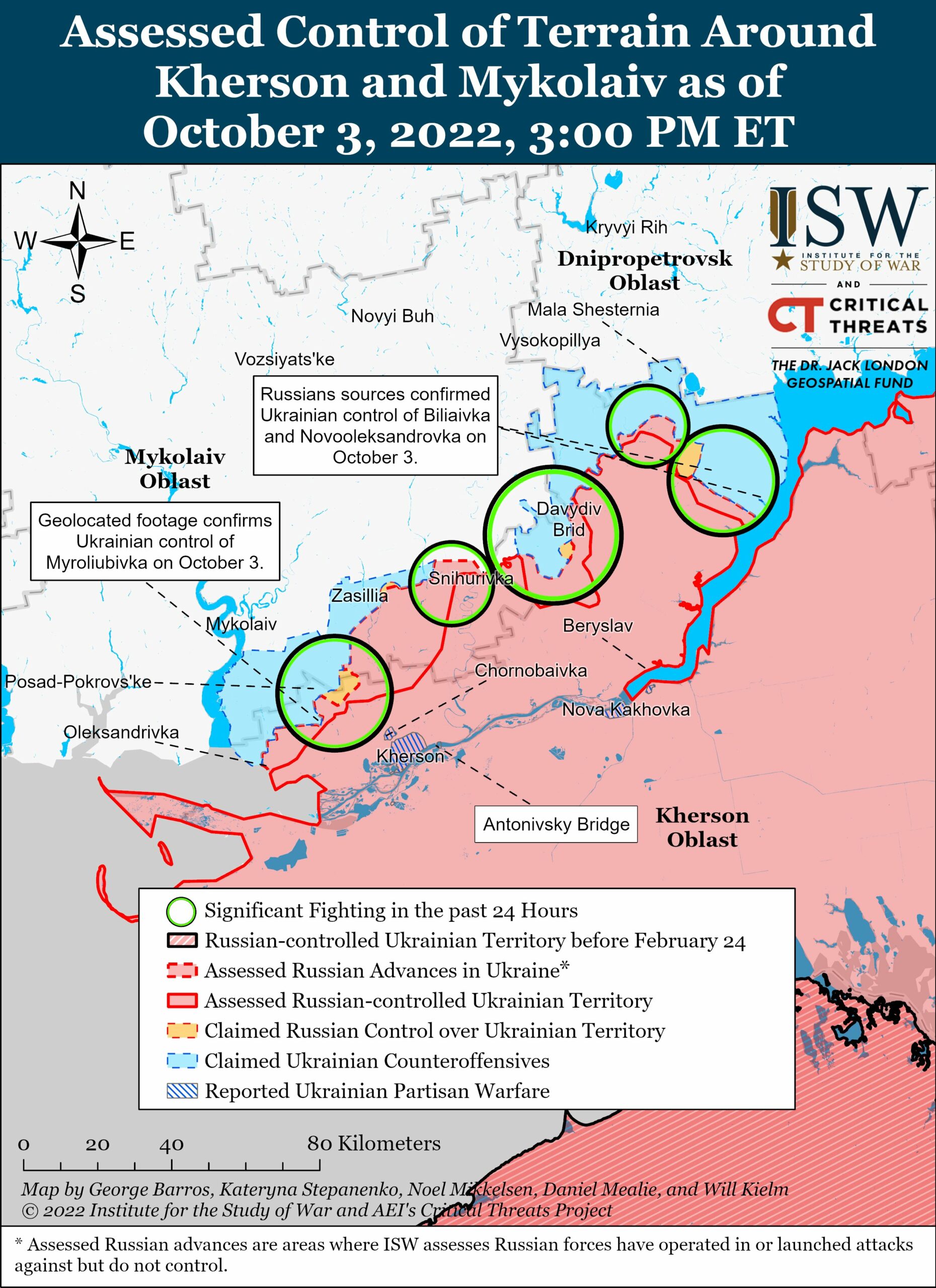 An anesthesiologist was killed, and a nurse was wounded, head of the Kharkiv regional military administration Oleh Synehubov said.

The building is almost completely destroyed from the first to the fourth floor. No casualty reports are yet available. 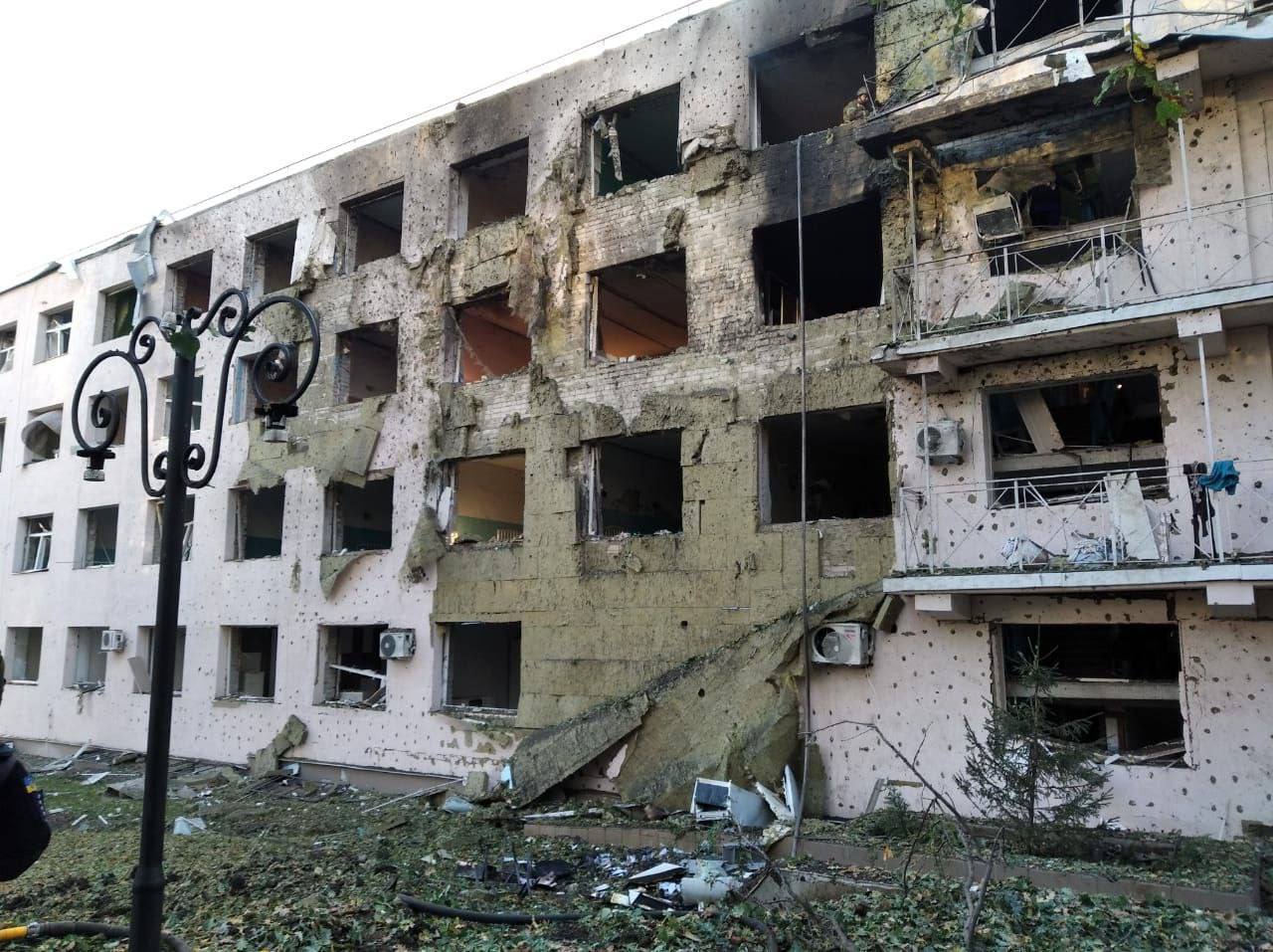 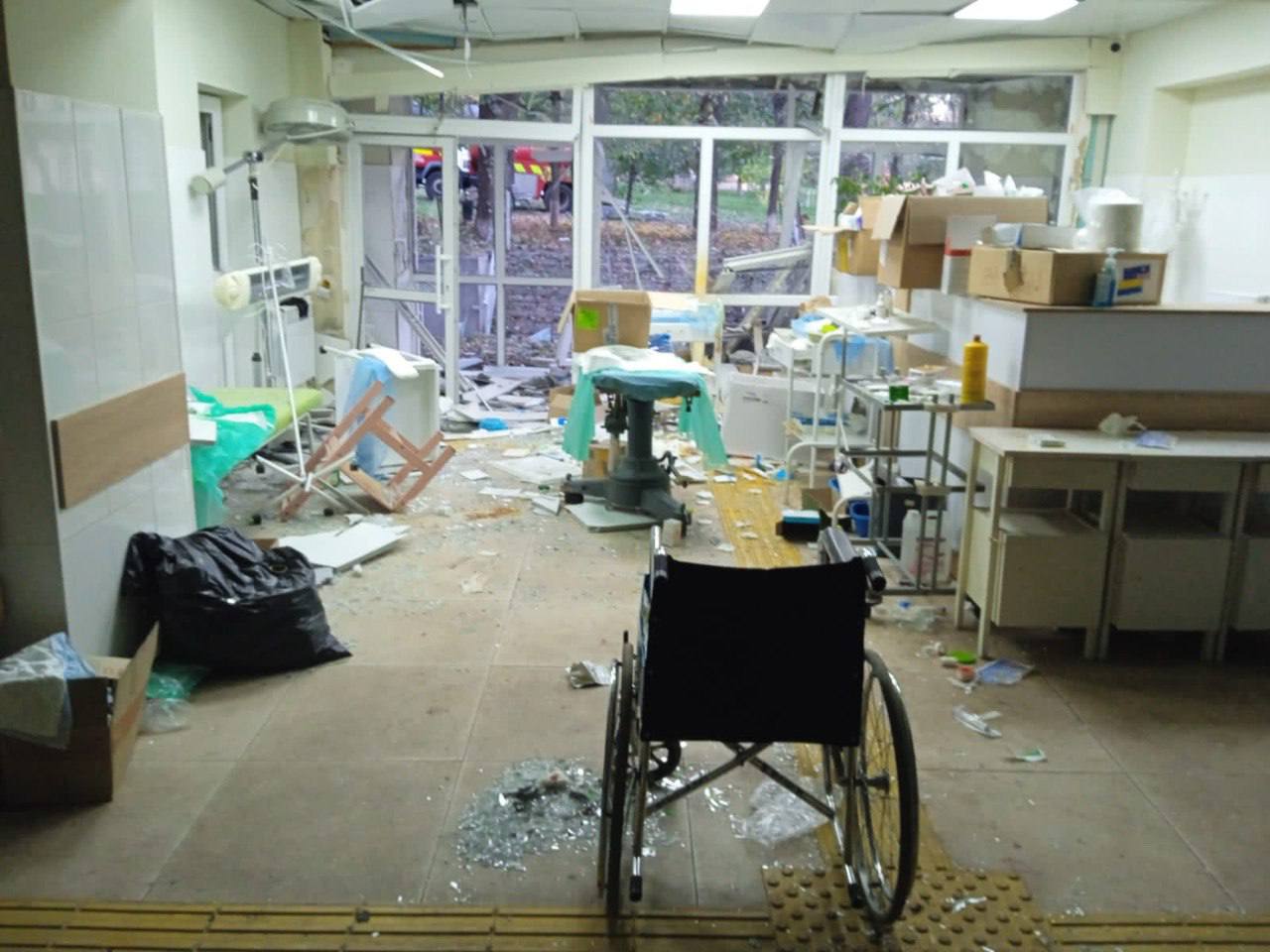 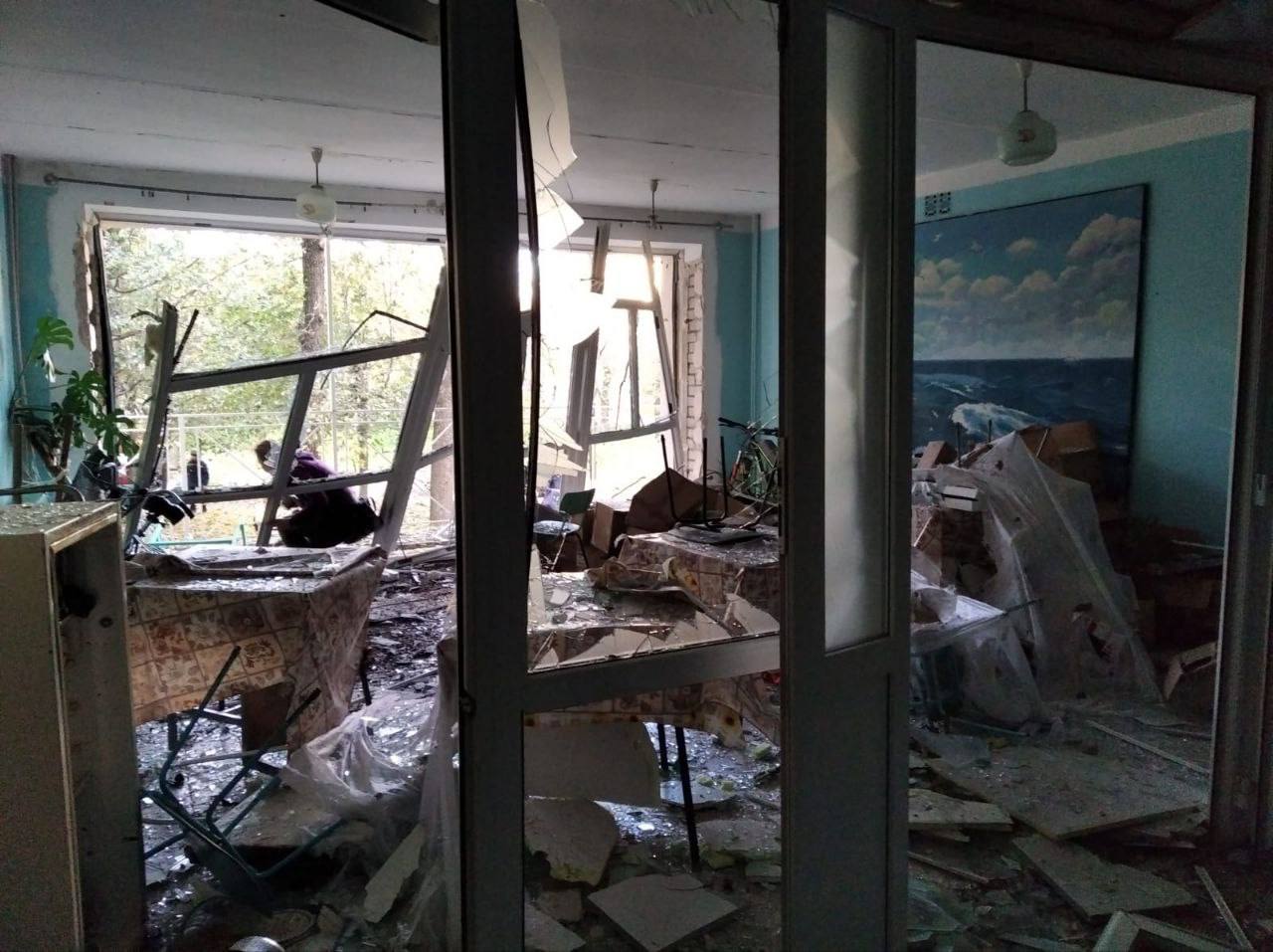 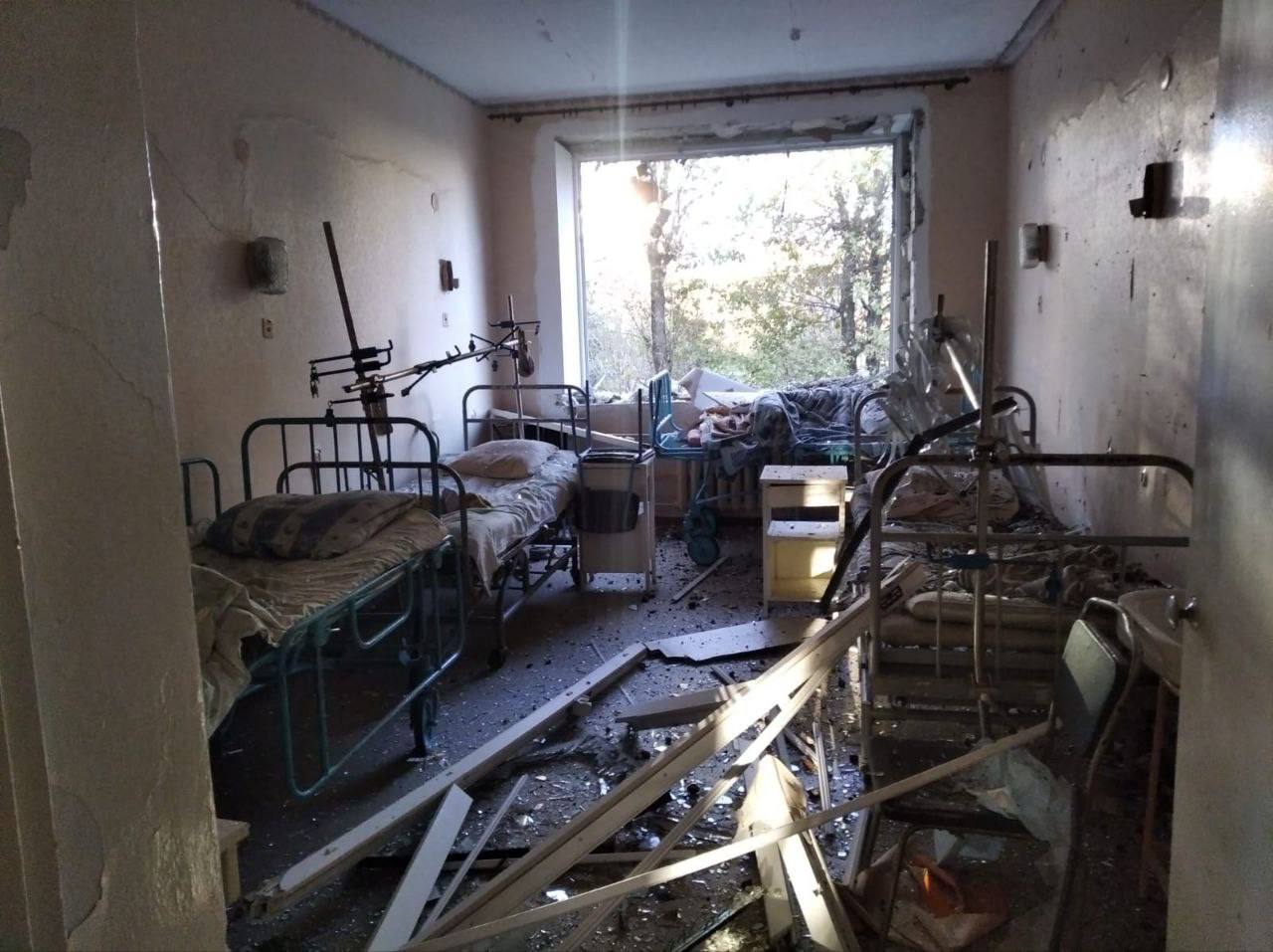 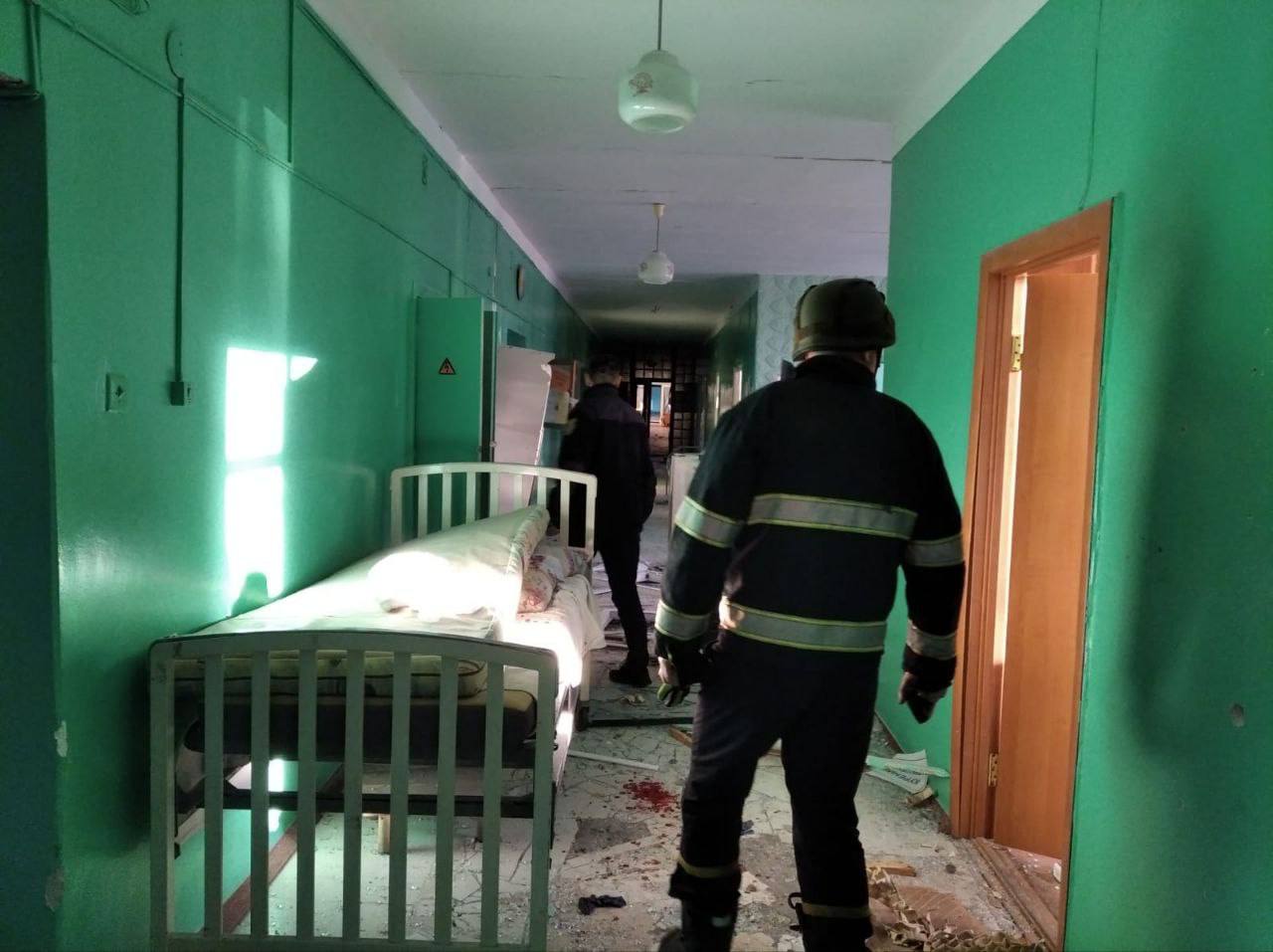 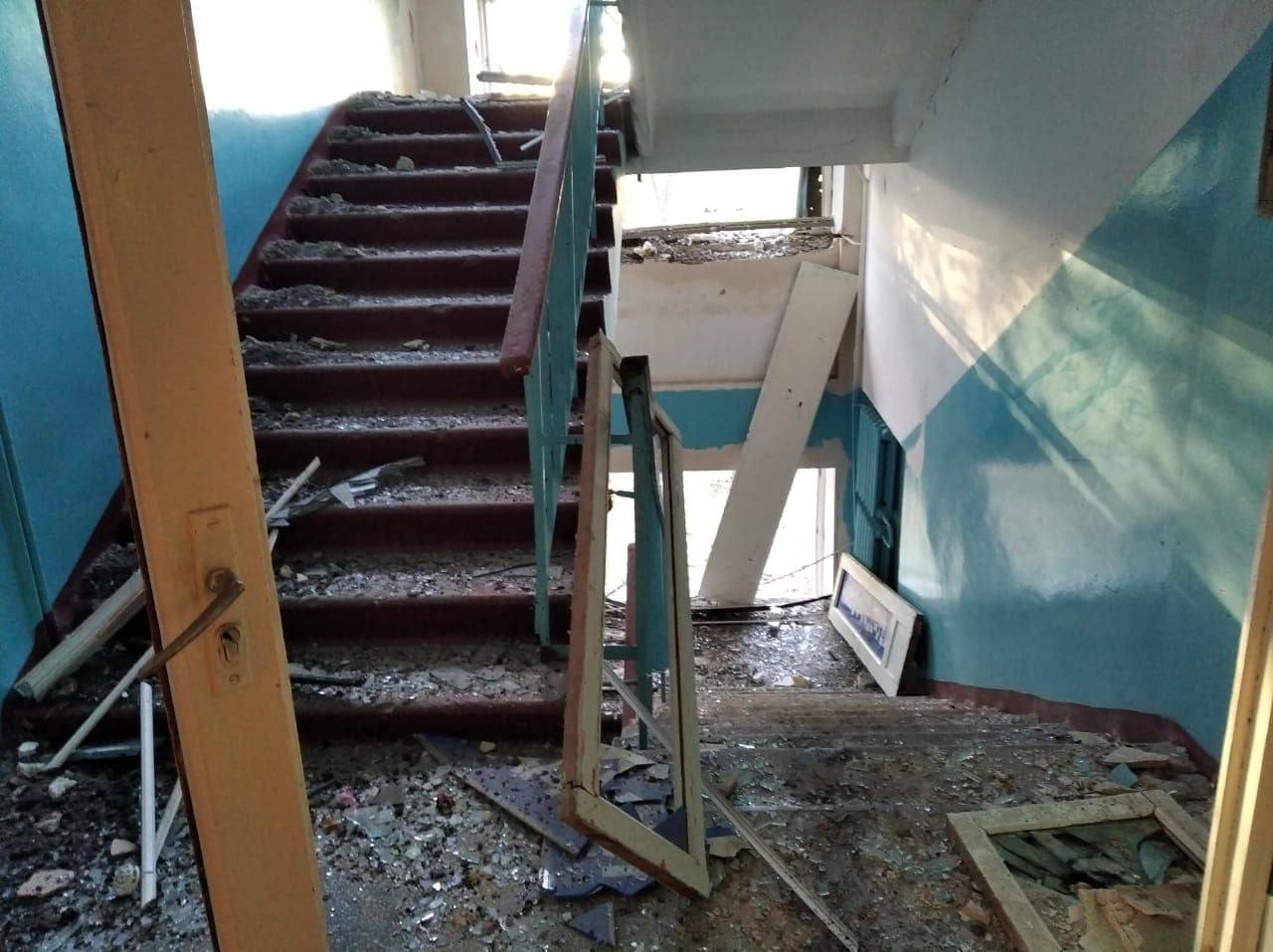 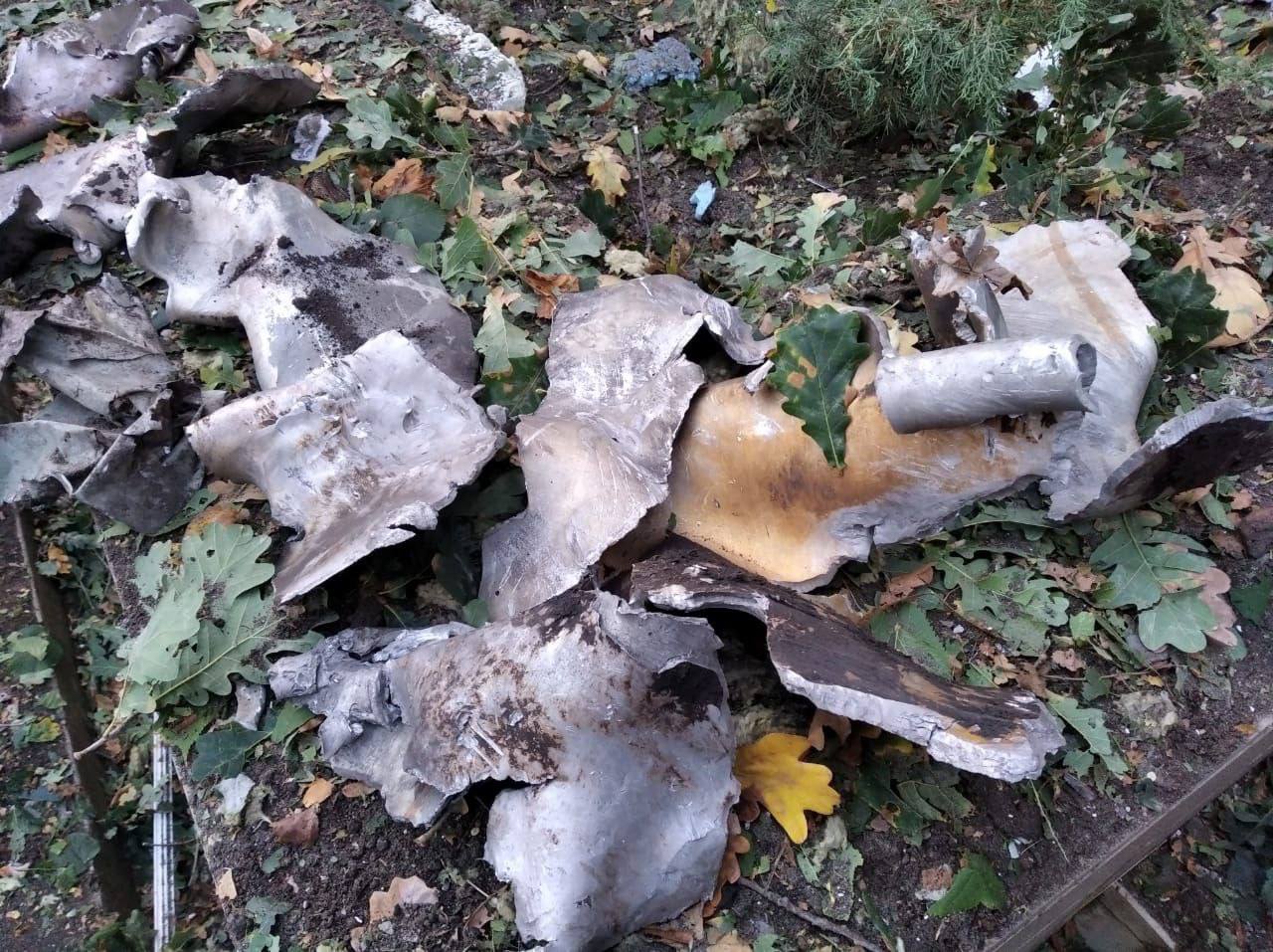 On Monday, October 3, the Russian State Duma voted in favor of Russia’s annexation of the territories it seized from Ukraine – parts of Luhansk, Donetsk, Zaporizhzhia, and Kherson regions. The decision passed by a vote that exceeds the number of members in the hall, Proekt media said.

The annexation of areas in Donetsk region passed by a vote of 413, Luhansk region – 412, Zaporizhzhia region – 409, and Kherson region – 411. A total of 408 members of parliament earlier registered for the session, 42 members were absent, the media said.

The State Duma voted unanimously. No members of the parliament voted against or abstained.

Russia has made a new illegal annexation of the Ukrainian territories by grabbing 15% of the Ukrainian lands that it occupied in the past 8 years. This is the biggest annexation in Europe since World War II. Ukrainians responded by continuing their counter-offensive and taking control over the first annexed territories. Learn more from the weekly digest of our “Explaining Ukraine” podcast. Hosts: Volodymyr Yermolenko, Ukrainian philosopher and journalist, chief editor of UkraineWorld.org, and Tetyana Ogarkova, Ukrainian scholar and journalist, in charge of international outreach at the Ukraine Crisis Media Centre.

Why is Russia taking Ukraine civilians captive? Ukraine in Flames #207

Forced disappearances have been a regular occurrence in Ukraine since the very first days of Russia’s invasion. The occupants break international humanitarian law by kidnapping civilians in the territories under their control and holding them in inhumane condition with systematic use of torture. Russia is often unwilling to exchange the civilian prisoners to avoid the responsibility for its war crimes, but Ukraine is doing everything possible to track and demand the release of all captives. Watch Ukraine In Flames #207 and learn about the data on Ukrainian civilian prisoners available to authorities, the work done to track the detainees, and the experience of those who survived Russian imprisonment.

Cherkasy region: save hub for people that run from Russian war. Ukraine in Flames #205