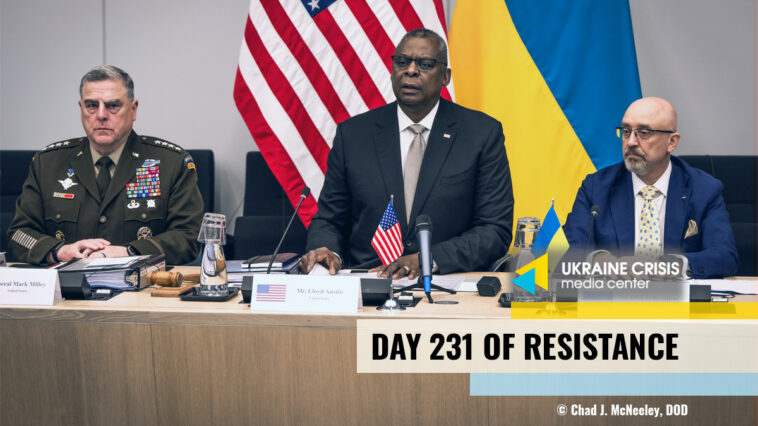 At a meeting of the Ukraine Defense Contact Group in Brussels on Wednesday, the Defense Minister of Ukraine Oleksiy Reznikov said the country’s top priority is to strengthen the air defenses. The Group often referred to as the “Ramstein format” in Ukraine unites the country’s allies as they discuss and coordinate military assistance to Ukraine so that it can defend itself against Russia.

At least seven people were killed, and eight more were wounded as a Russian missile strike hit the central market of Avdiyivka, in Donetsk region on the morning of October 12.

“The Russians struck the central market where many people were at that time,” head of the Donetsk regional military administration Pavlo Kyrylenko said on Telegram. “Such attacks have no military logic. They try to kill as many our people as possible and intimidate all the rest. That’s what the Russians are about. As they are unable to stand against the Ukrainian troops, they are waging a war against civilians,” Kyrylenko proceeded. 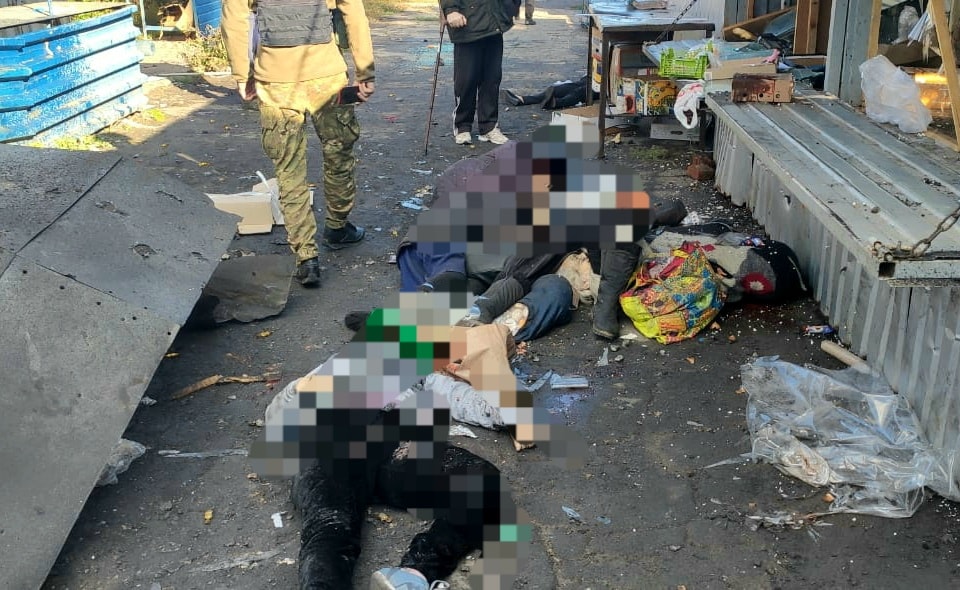 The Ukrainian Armed Forces recaptured 75 towns and villages in Kherson region since Russia’s full-scale invasion, of which 29 in October alone, head of the Kherson regional military administration Yaroslav Yanushevych said on television.

“The liberation of Kherson region continues. I can’t say more, we need to keep quiet [about the military operations]. We hope for good news every day,” Yanushevych said.

How Ukraine’s medical workers save lives in war. Ukraine in Flames #216

In times of war, the work of paramedics, doctors and medical volunteers is as important as the work of the military. They are warriors in their own field who have to adapt to constant danger and risk their own lives while saving others’. Watch Ukraine in Flames #216 to look inside Ukrainian hospitals and learn how Ukrainian medics remain fearless, bringing the victory closer.