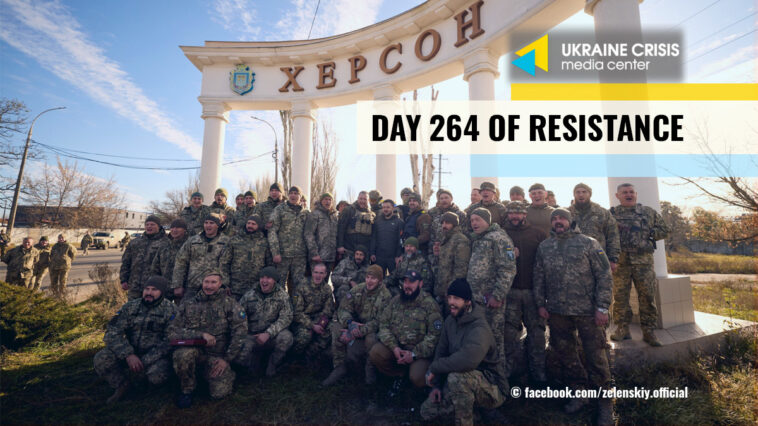 Zelenskyi on visit to Kherson

On November 14, Ukrainian President Volodymyr Zelenskyi visited Kherson in a symbolic move comparable to his landmark visit to retaken Izyum two months ago.

Following Ukraine’s successful counteroffensive in Kharkiv region, Zelenskyi visited Izyum on September 14. International media then emphasized the contrast between the deepening isolation of Russian President Putin and Ukrainian President Zelenskyi pictured in a town that lies less than 15 km from the frontline.

On November 14, Volodymyr Zelenskyi visited Kherson, as the contrast had grown even sharper. The Russian troops are positioned across the Dnipro. In Kherson region, the river has a width that varies between 500 meters to one kilometer. Zelenskyi’s visit to Kherson comes as all eyes are on Putin’s isolation and Russia’s war crimes ahead of the G20 summit in Bali, Indonesia. Putin will not attend the summit.

In recaptured Kherson, the Ukrainian flag was hoisted near the regional administration to the sounds of the national anthem in a ceremony attended by President Zelenskyi, Ukrainian service members who fought to liberate the region, head of the Office of the President Andriy Yermak and his deputy Kyrylo Tymoshenko, Interior Minister Denys Monastyrskyi, Deputy Defense Minister Hanna Malyar, and Brigadier General Oleksandr Tarnavskyi, a commander in charge of the operation projected to retake the south. They held a minute’s silence in memory of the service members who died while fighting for liberation of Kherson region. 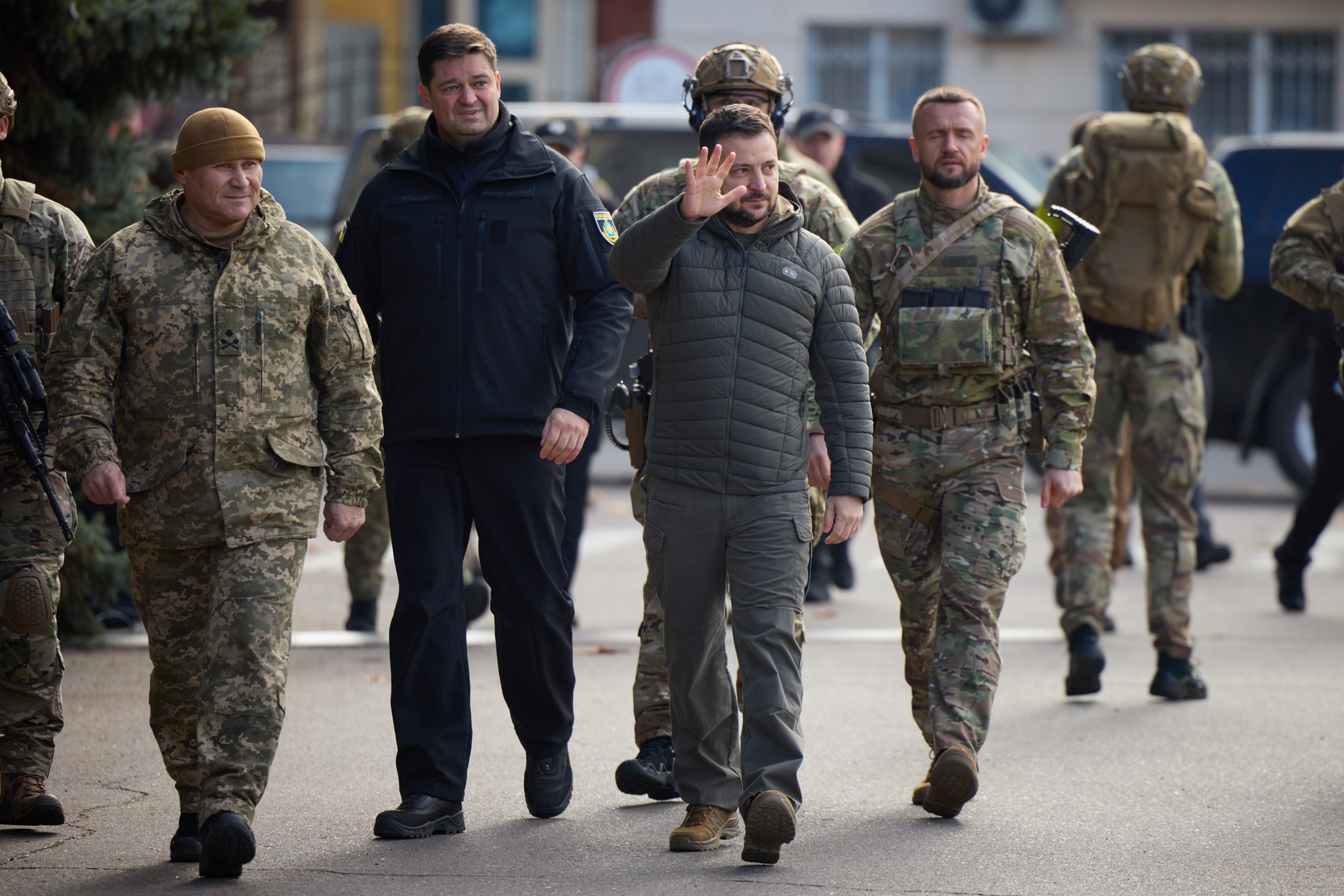 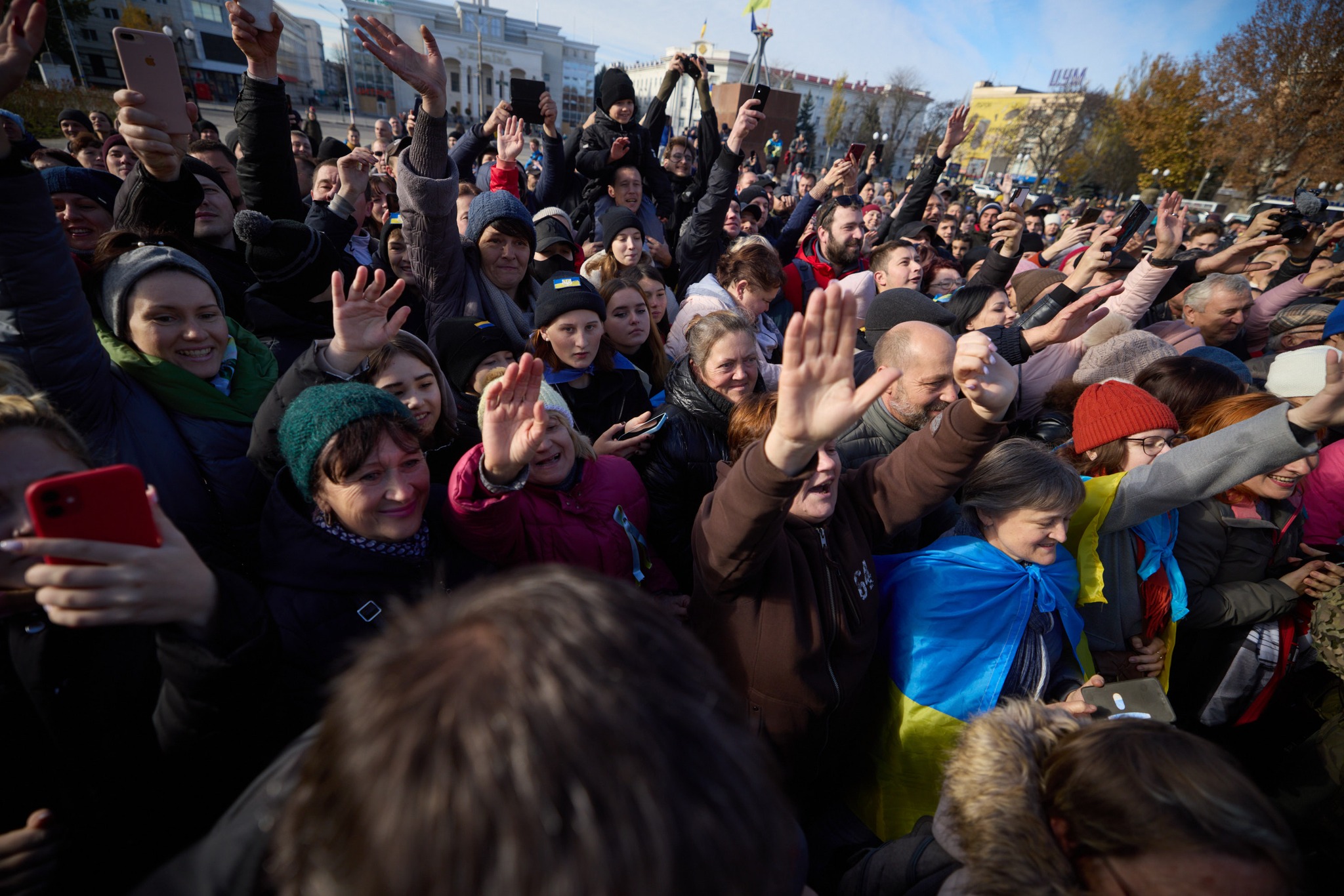 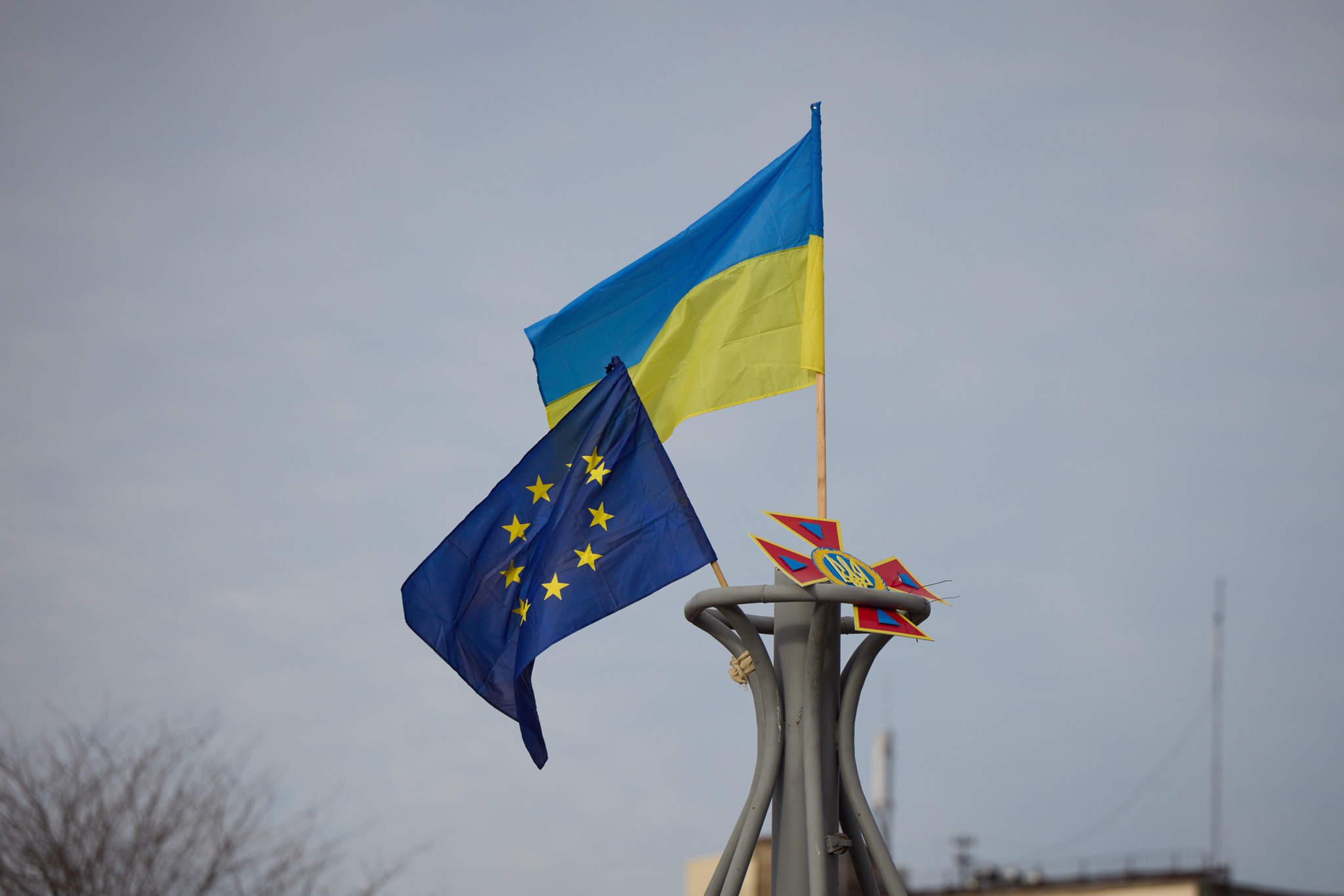 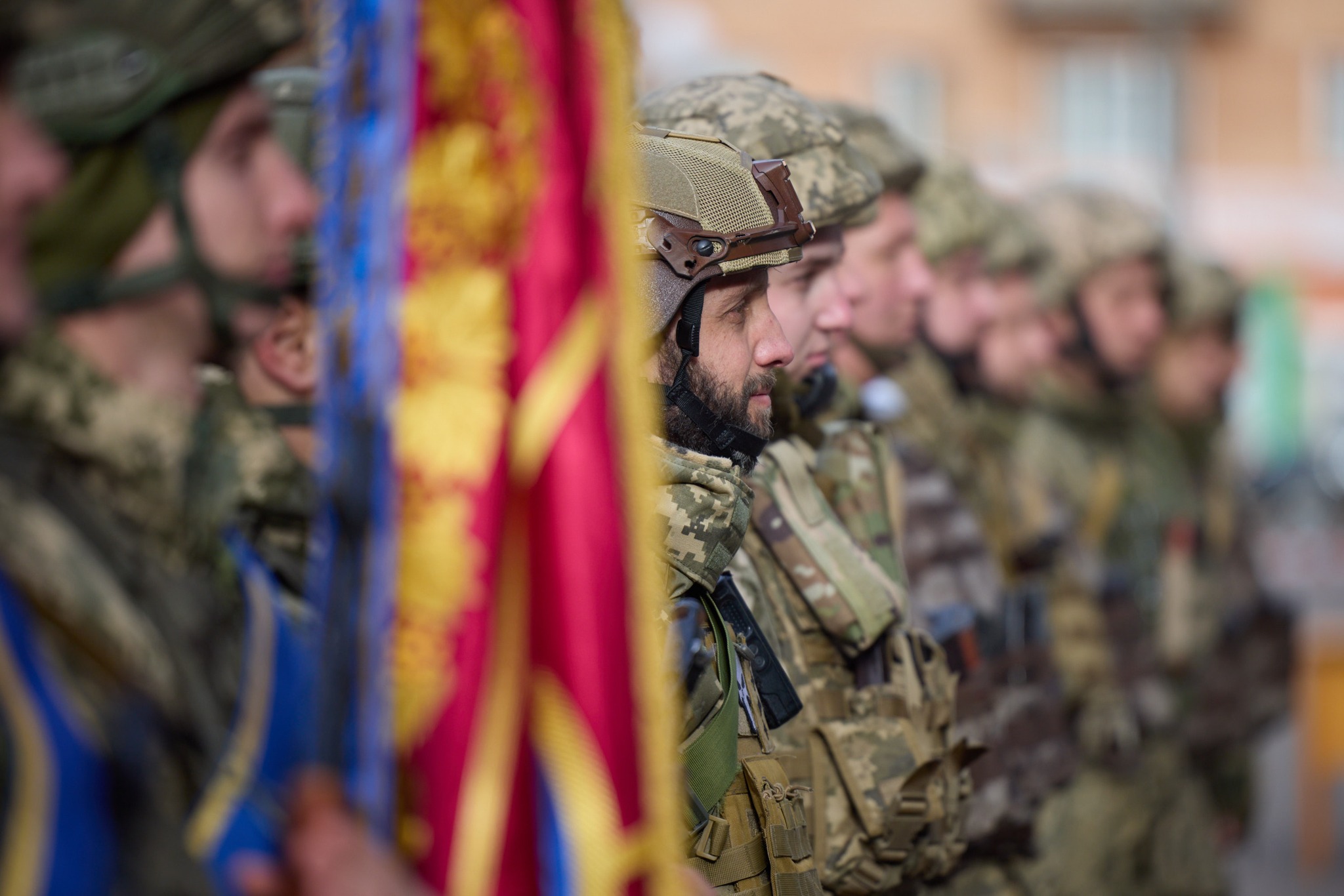 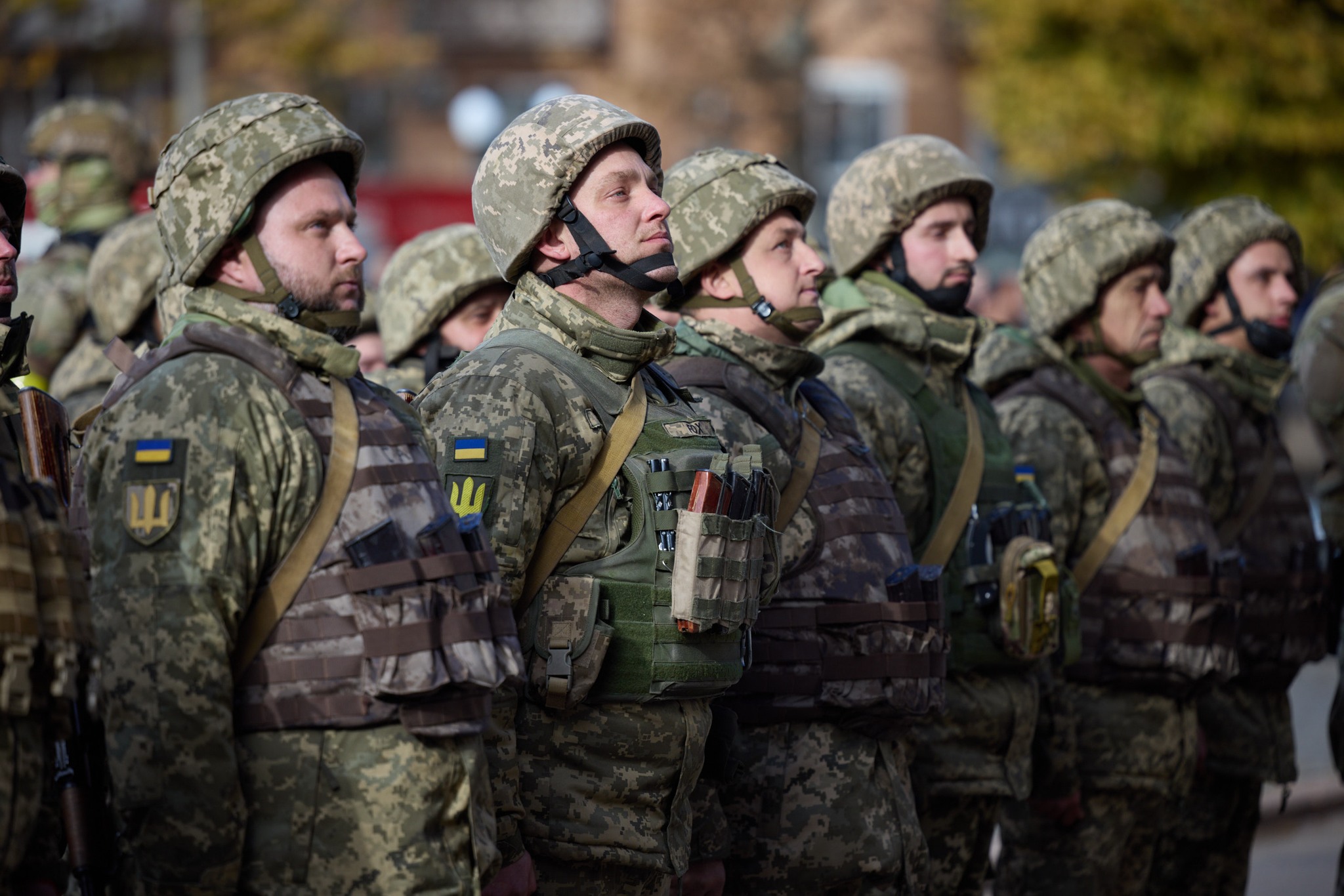 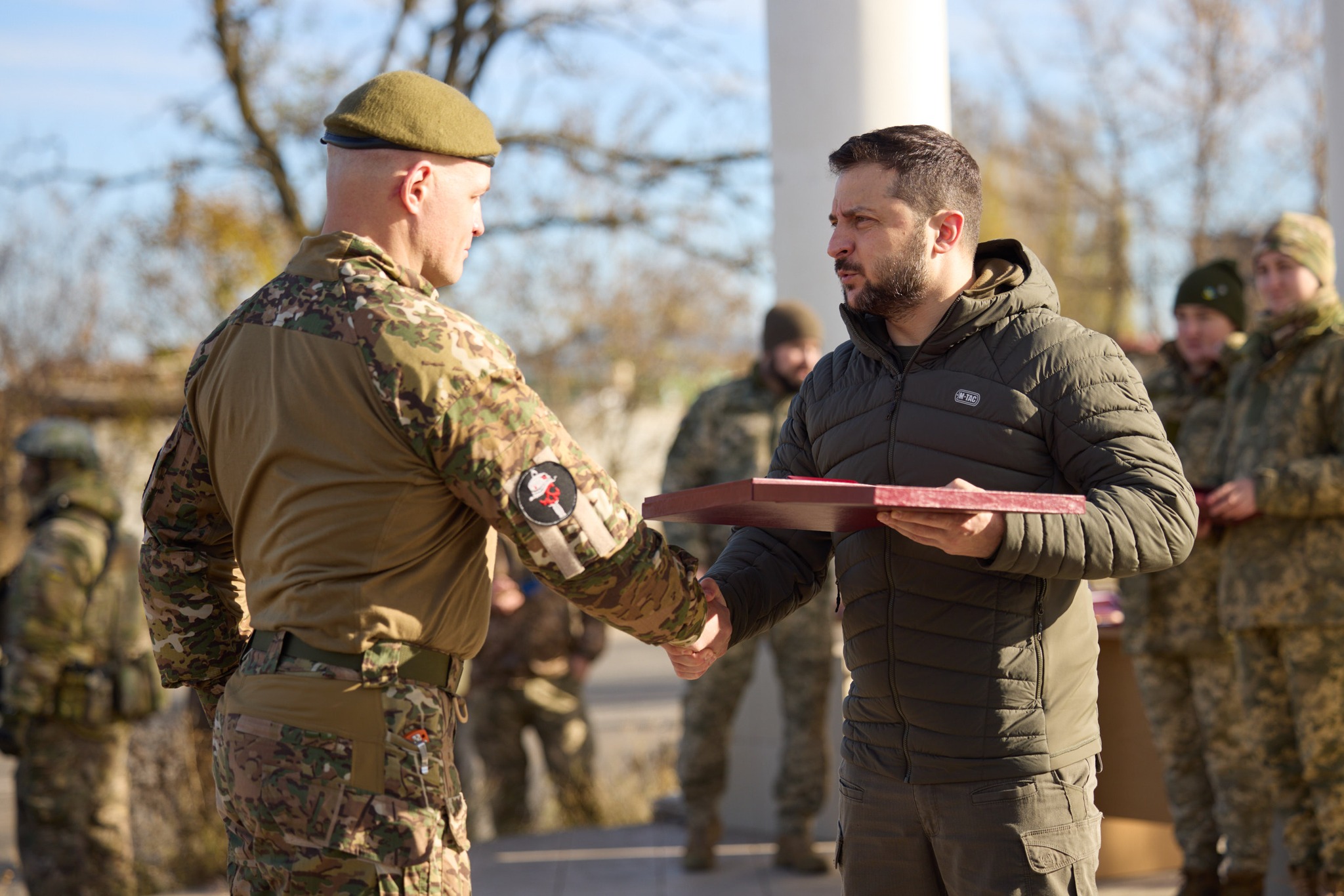 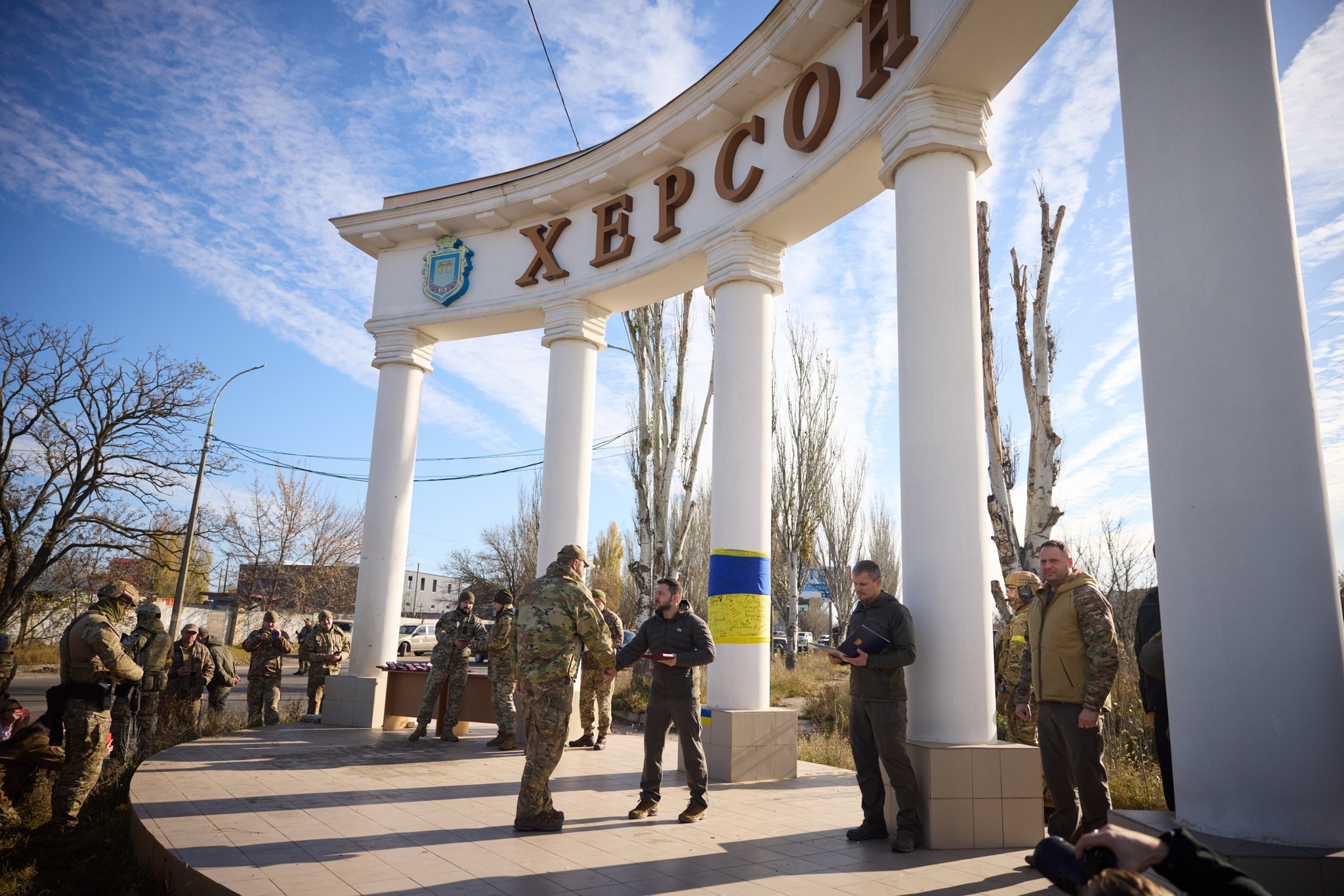 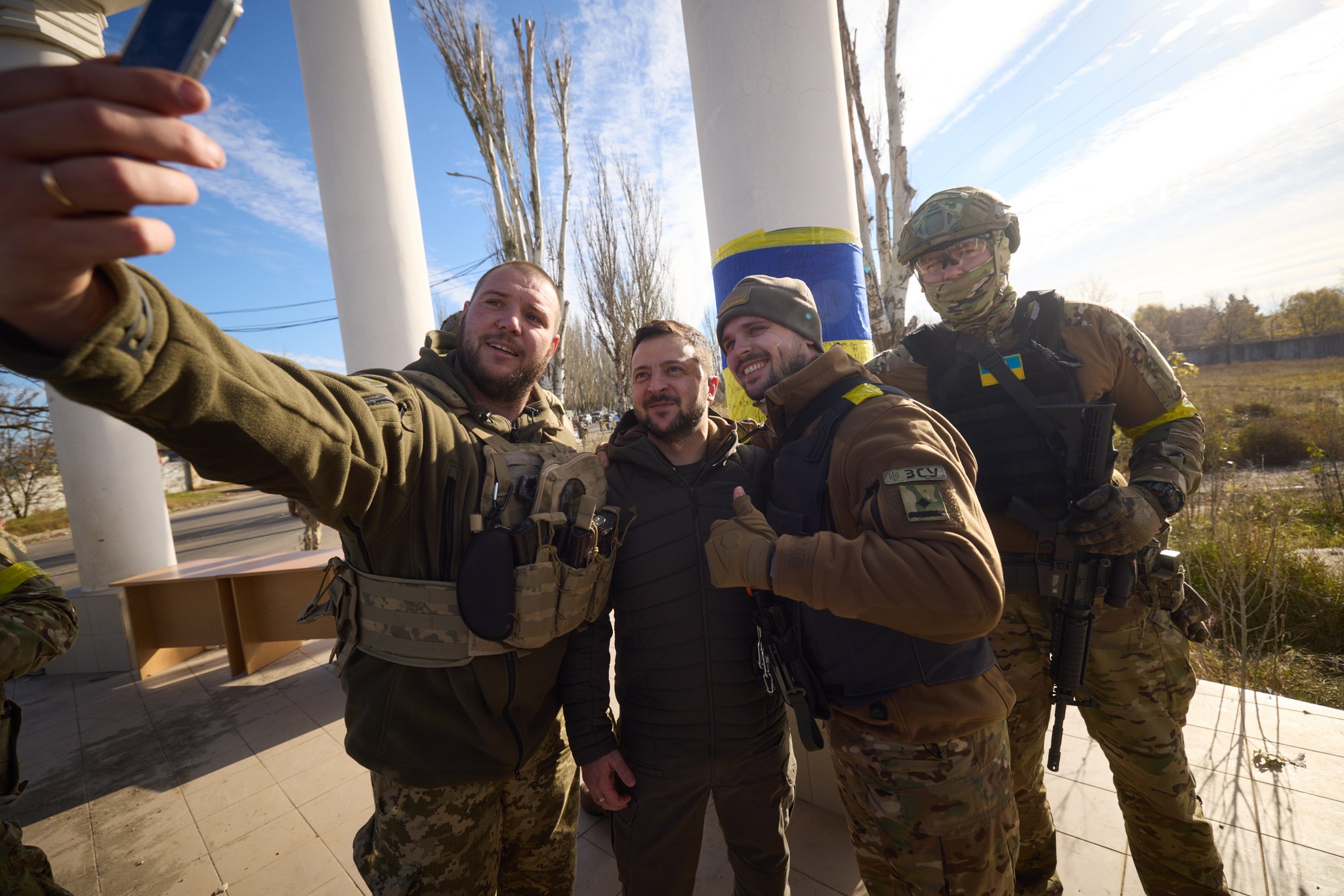 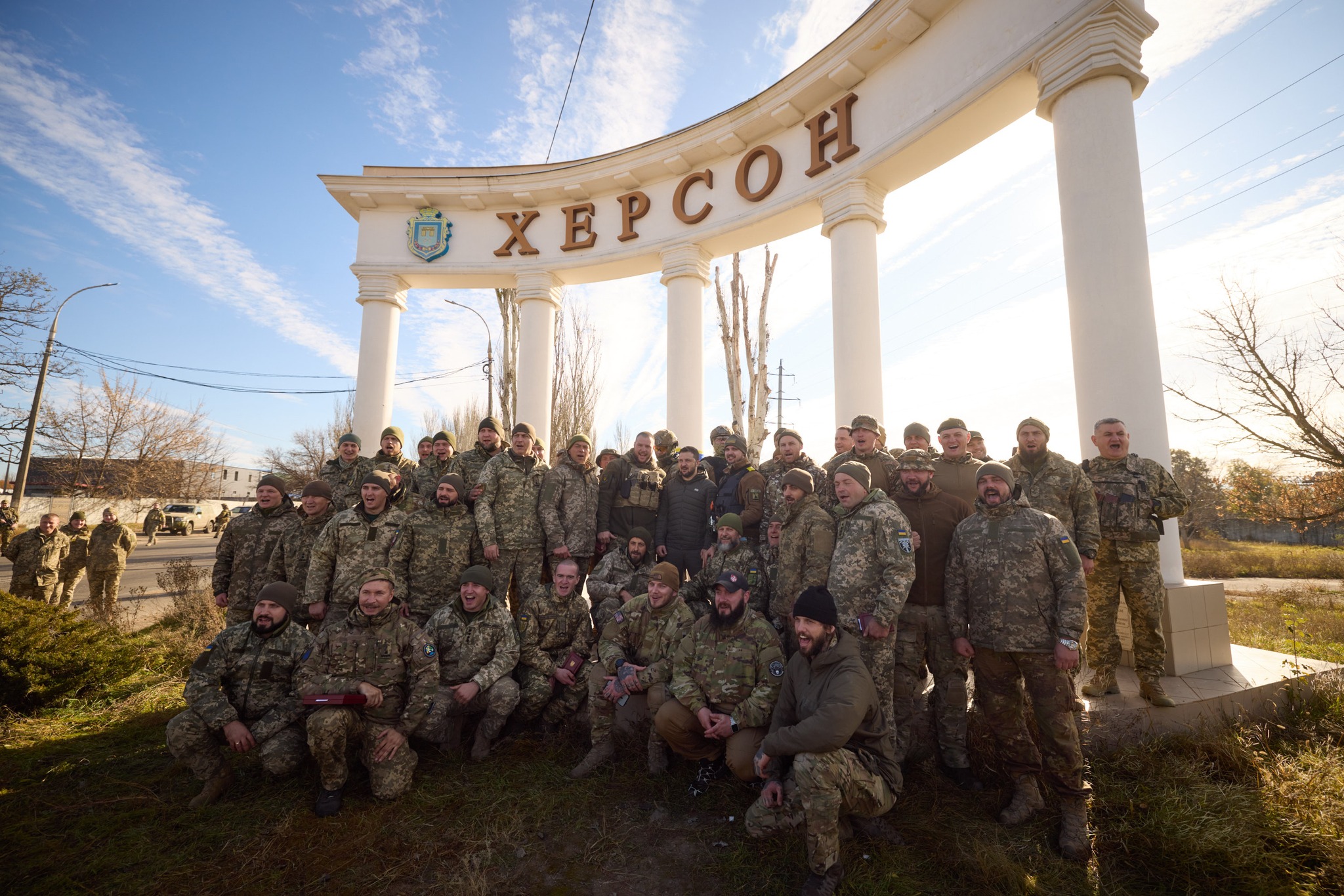 Ahead of the ceremony, Zelenskyi spoke to the people on Kherson’s central square. They cheered and chanted “Glory to Ukraine!” after spending more than eight months under Russia’s occupation, hoping for Kherson’s return to Ukraine’s control. Many residents were with children, some wrapped in Ukrainian flags.

“Only a week ago Kherson was still occupied. (…) This is what liberation looks like. This is what courage looks like,” Ukraine’s Defense Ministry said.

Ukrainian Railways, Ukrzaliznytsia restores rail services to Mykolayiv halted after the invasion. The company plans to resume passenger service to Kherson within 10 days.

“Railway workers and workers of the State Emergency Service complete track inspection and begin to fix the damaged infrastructure [in Kherson region]. We expect to restore rail service to Kherson within 10 days,” Kubrakov said.

The company is repairing the power lines that stretch from Dnipropetrovska region to Beryslav in Kherson region. The company works to restore power to recaptured towns and villages in Kherson region on Monday, November 14. The city of Kherson will be powered later, within one month.

“In the face of a deteriorating humanitarian situation in Luhansk region, Russia’s occupying forces plan for a complete evacuation of civilians from Kreminna, Severodonetsk and Rubizhne further into the temporarily occupied areas,” the General Staff of the Ukrainian Armed Forces said in an evening report on Monday.

In Mariupol, the occupation administration expands its propaganda efforts by launching a TV channel “Mariupol 24”. The channel will begin to broadcast 24/7 within one month, the General Staff said.

Ukraine has liberated Kherson. The biggest city occupied by the Russians since February 24, and the only regional capital the Russians had captured. This is the 3rd major defeat of the Russian army since its full-scale invasion of Ukraine. Learn more from the weekly digest of our Explaining Ukraine podcast. Hosts: Volodymyr Yermolenko, Ukrainian philosopher and journalist, chief editor of UkraineWorld.org, and Tetyana Ogarkova, Ukrainian scholar and journalist, in charge of international outreach at the Ukraine Crisis Media Centre.

Testimony of victims of russian war crimes. Ukraine in Flames #248

Since the start of russia’s full-scale invasion of Ukraine, over 42 thousand criminal proceedings were initiated based on the facts of crimes committed on the territory of Ukraine by the Russian military and their accomplices. Watch Ukraine in flames #248 to hear testimonies of 3 victims.