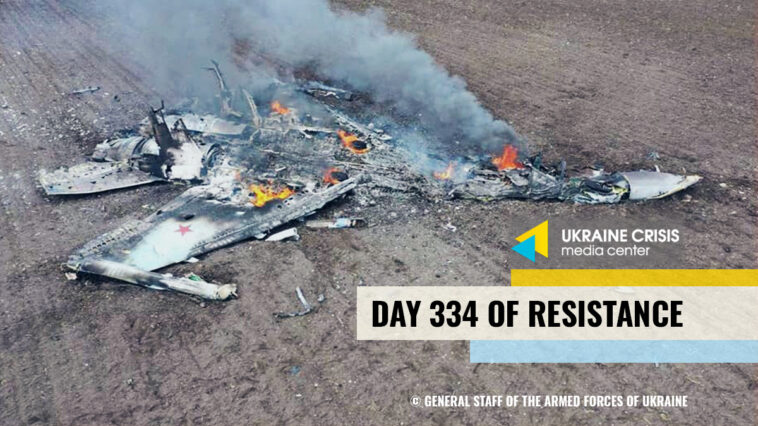 Out of 50,000 Russian convicts recruited to Wagner Group, there are only 10,000 left fighting

Out of 50,000 Russian convicts whom the Wagner mercenary group recruited into its ranks to fight in Ukraine, there are only 10,000 prisoners left, director of the Russia Behind Bars organization Olga Romanova said in an interview with My Russian Rights project.

“Some 42,000-43,000 prisoners were recruited, according to our data, as of the end of December. They are now most likely more than 50,000 convicts. Ten thousand of them are fighting at the front, as all the others either were killed, or wounded, or went missing, or deserted, or were taken captive,” Romanova said.

In autumn, the Wagner Group fighters recruited from Russian prisons began to desert en masse, Romanova proceeded. Wagner chief Yevgeny Prigozhin has pledged to Putin that he will win the war. He keeps no record of the number of fighters who surrendered or fled with weapons, and many of them are thought to be killed in action, Romanova said. Empty coffins are sent to families of some of the convict fighters, she added.

On Monday, January 23, the Ukrainian Air Force destroyed six air targets in Donbas, the command of the Air Force said.

Russia still has up to 20 per cent of its pre-war stockpile of high-precision missiles. That’s approximately 550 pieces, Ukraine’s defense intelligence said. That’s the reason why Russia combines them with kamikaze drones and modifies S-300 and S-400 rockets to launch them as surface-to-surface missiles, representative of the Main Intelligence Department of Ukraine’s Defense Ministry Vadym Skibitskyi said in an interview with Delfi.

“They have Iskander, Kh-101, and Kh-555 missiles. According to our estimates, Russia has no more than 20 per cent of its pre-war stockpile [of missiles] and missiles produced during the war. That’s approximately 550 pieces. The potential will be enough for Russia to launch two-three major strikes, each carrying more than 80 missiles,” Skibitskyi said.

“Russia launched less than 30 missiles in the latest strike. That means there is a shortage, and they have trouble replenishing the stockpile. They went a different way — they are using kamikaze drones, both Iranian-made and their own, to cover the shortage.”

“The Russians began to modify S-300 and S-400 rockets to launch them as surface-to-surface missiles. These are not precision weapons, but they cause much destruction,” a representative of Ukraine’s defense intelligence said.

Bakhmut, Ukraine: what’s the situation in the town? Ukraine in Flames #319

This town in the Donetsk region has been a battlefield for over 6 months at this point. Russian troops, mostly the paramilitary organization “Wagner” which consists of criminals recruited directly from high-security prisons are failing at capturing the town. Bakhmut by itself has no strategic military importance, but russians promoted it in the media, so it has political significance. And they do not value human life, neither ours nor theirs. They shell the town and all the surrounding villages constantly. As of now, Bakhmut is almost fully destroyed, 90% of the population has evacuated or died. Watch Ukraine in flames #319 to find out more about the current situation in Bakhmut, Ukraine.

Day of Unity of Ukraine: how the nation realized itself. Ukraine in Flames #318

Ecological cost of the war and its toxic legacy. Ukraine in Flames #317