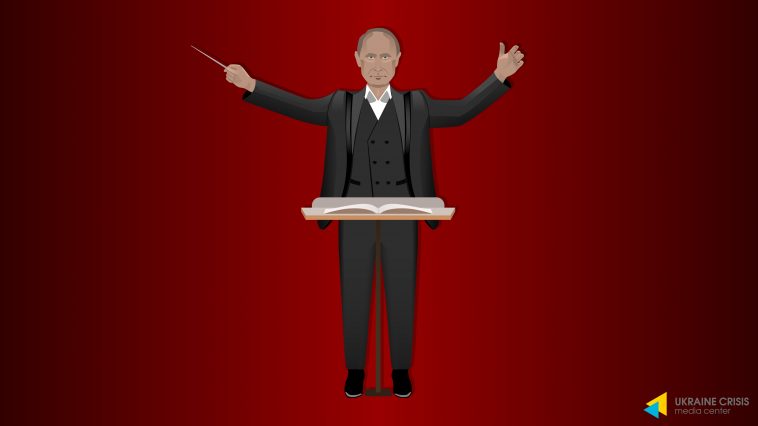 In the midst of pandemic, Russian agents of influence in Ukraine have yet again returned to the old method of undermining it – by destabilizing the state from within and cooking up the prophesies of “Third Maidan”. One of the most notorious pro-Russian resources tasked with spreading disinformation about Ukraine, Strana.ua, has published two pieces on the same topic during one day. Both of them were dedicated to exploring – and overstating – public dissatisfaction with economic hardships caused by quarantine limitations. Meticulous tracking of the issue and thinly veiled manipulation to incite the protests by naming them “Quarantine Maidan” is not an isolated case. It fits the broader framework laid out by other media and political actors close to Kremlin – such as Andriy Palchevsky.

Calls for protests due to quarantine measures are a long-running campaign, amplified by pro-Russian resources spreading disinformation

A former Russian businessman and politician, reportedly linked to GRU, Palchevsky has moved his activities to Ukraine but not his sentiments. In his video address, after claiming that people “take to the streets for any idea, except for one – when they have nothing to eat, nothing to feed kids with, everyone is silent” he implicitly called for a revolt, asking “When will we start demanding that government – red, green, blue, orange – treats our needs the way they are treated in the whole world?”. The message, published on his Facebook page, was quickly disseminated by media, and mostly by the so-called “junk” web-sites that are often used as a mediator in info operations, implanting the message in media space.

Moreover, outlets such as Politeka.net, Antifashist.com, Novosti-Novorossii.Info that covered Palchevsky’s address – sometimes with gleeful titles akin to “Palchevsky evaluates the possibility of a new Maidan in Ukraine” and “Enough with Patience! Palchevsky urges Ukrainians to revolt” – are explicit hotspots of Russian disinformation, which is often evident from their very names. “Antifashist” exploits one of the top Kremlin’s narratives on Ukraine as a fascist state and “Novosti Novorossii” – News of Novorossiya, an ideological golem created by Putin’s vizier to occupy South-Eastern Ukraine, – speak for themselves.

Palchevsky’s falling out with the government – and subsequent promotion of his messages by pro-Russian web-sites – is also far from being a one-time event. He has been pursuing the same agenda of facilitating public dissatisfaction for some time now – e.g., in February he straddled the protests against what he called “draconian” fiscal measures, covered, among other resources, by the same Politeka.net outlet. The issues at the center of his attention are economic, and they are also the centerpiece around which other actors linked to Moscow build their campaign to destabilize the state.

Economy as a battleground for influence operations

UCMC has previously explored how the COVID-19 pandemic created a window of opportunity for the actors close to Kremlin to seek rapprochement with Russia at the expense of Ukrainian national interests. In particular, Viktor Medvedchuk and “Opposition Platform – For Life” keep promoting their own solution to “help” with the pandemic-inflicted economic crisis: asking for financial aid from Russia, surviving default as means necessary to get rid of the “foreign governance” allegedly imposed on Ukraine by the West and lifting sanctions from Russia. This package of measures indeed looks helpful – just for Moscow and not for Kyiv.

OPFL’s [OPFL is a major, but not only force behind the promotion of default – deputies close to oligarch Ihor Kolomoisky constitute another faction in the movement.] movement for default takes place mostly in the plenary sessions hall of the parliament, where some MPs stall voting for two key bills on land market and banking sector, necessary to receive support from IMF as a means to avoid default. Still, the legendary 16,000+ proposed amendments to the banking bill, aimed at effectively killing the procedure, and campaign against land market reform widely covered by ZIK, 112 and NewsOne (channels linked to Medvedchuk) are a rather explicit component of the struggle.

Palchevsky joined the OPFL’s fight against land market – and, in what seems to be his favorite manner, called for protests, insisting that “martial law will be soon introduced, if in two weeks people who have run out of money will realize they have no other choice and they must take to the streets with coronavirus, otherwise these jerks [vulg.] will ultimately finish us”.  This more implicit part of the story may not catch as much attention, but is no less important than the flashy battles in the parliament – in part because it is not a new phenomenon but a continuation of a long-running Russian operation “Third Maidan”.

While the context changes, Moscow uses different pretext in its consistent attempts to weaken Ukrainian government and undermine Revolution of Dignity in the framework of the same operation “Third Maidan”

Calls for the “Third Maidan” have been a trademark ongoing operation in Ukraine, tracing back to 2014-2015. Back in the time, it was mostly built around mobilization to the Armed Forces, but as context changed so did the pretext – with the strategic goal and tools to reach it remaining the same. In addition to utilizing local proxies for destabilization and creating a distorted media reality both on Kremlin-controlled TV and in other dubious channels of communication such as the abovementioned “junk” web-sites, Moscow has traditionally delved into online active measures. Social networks became a battlefield, where seemingly pro-Ukrainian groups on Facebook and in VK.com called for “Third Maidan” – as it was later discovered, their administrators were often hundreds of kilometers away, in Moscow or Saint Petersburg.

By inciting the protests that are attributed a name of “Maidan” agents of influence pursue two goals at once. First, they aim to weaken trust into governmental institutions and undermine them, thus making Ukraine less resilient to pressure from Moscow – if the government does not deteriorate completely, it would, at least, be disoriented and focused on internal struggles. Second, they strive to discredit the name of “Maidan” by intentionally misuing it and, henceforth, discrediting the Revolution of Dignity.

For Kremlin, control – including control over the phenomena far out of its grasp – has always been heart’s desire. There are only three ways to deal with anything that falls out of line: to crush it out in the open, appropriate it or infiltrate it, lace with poison of destructive influence and watch the enemy destroy themselves from within. Ultimate goal, whatever the approach, remains set in stone – destruction. And as Ukrainian innate talent of revolution is a Kremlin’s nightmare it can neither crush, nor appropriate, Moscow chooses the third path – which demands one thing from us first and foremost. It is vigilance.