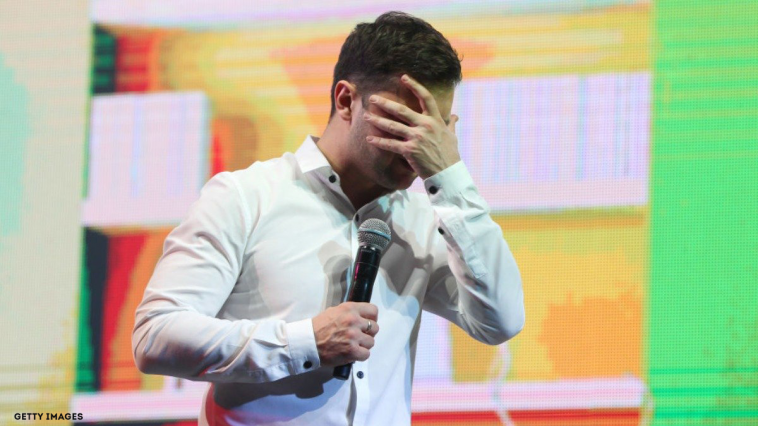 For a majority of Ukrainians, President Volodymyr Zelenskyi has been the biggest disappointment of 2020, a survey by the sociological service of the Razumkov Center finds. The pollster conducted a series of face-to-face in-home interviews between December 4 and 9, 2020 collecting responses from 2018 respondents ages 18 and older across Ukraine but in Crimea and the occupied areas of Donetsk and Luhansk regions. The sample represents all adults, it is weighted to match major socio-demographic parameters. Let’s see what other findings of the survey are.

Five per cent of Ukrainians are disenchanted by all politicians, while 17 per cent could not name a single one.

Approval ratings for politicians. Approval of President Zelenskyi’s job performance (19 per cent) dropped compared to December 2019 (41 per cent). Over the same period, Petro Poroshenko has experienced a slight bump in approval ratings – from eight per cent to 13 per cent. Yuriy Boiko’s support increased from 10 to 12 per cent, Ihor Smeshko’s – from three to 4.5 per cent. Yulia Tymoshenko’s approval rating did not change significantly (5.5 vs 6 per cent).

What Ukrainians see as major political events of the year. Roughly three-in-ten Ukrainians (33 per cent) named local elections Ukraine’s most significant event of 2020. The majority of them (54 per cent) assessed it as positive, as little as 11 per cent – as negative. For 23 per cent of respondents, the COVID-19 pandemic and the restrictive measures it entails represent the major event of the year. Nearly all of them (95 per cent) say the event is negative. Other significant events mentioned include the ruling of the Constitutional Court annulling anticorruption laws (4.5 per cent), approved law that unlocks the agricultural land market (three per cent), ceasefire in Donbas (three per cent), economic crisis and declining well-being (two per cent), increase in gas price and utility bills (two per cent), liberation of war prisoners (two per cent), and the war in Donbas (one per cent). Other events scored less than one per cent. Twenty per cent of respondents could not name a single one.

A majority of respondents (71 per cent) say the conditions in the country have worsened in the past year, three per cent believe they have improved, and 20 per cent say they have not changed.

Assessing their country’s current economic situation, Ukrainians assigned it two points on a five-point scale, last year it scored 2.5 points. Well-being of their families scored 2.4 points, that is a slight decrease from 2.8 points earned last year.

Optimism in decline. Compared with last year, Ukrainians are less optimistic. Nineteen per cent believe that Ukraine is able to overcome the current problems and hardships in the coming years, 51 per cent say the country will beat the problems in the distant future, while 18 per cent say Ukraine is not able to solve the current problems at all. Rest are undecided. As of late last year, the share across the groups was 28, 50, and 11 per cent respectively.

Ukrainians tend to not expect the quick changes: only eight per cent project the improvement of the economic conditions in the next three months, nine per cent hope that the well-being of their family will change for the better during this time. The outlook of a majority of respondents for the national economy is bleak: 41 per cent predict that the economic conditions will get worse in the next three months, 32 per cent believe that the well-being of their family will worsen. Overall, 39 per cent and 44 per cent respectively project no changes.

Despite being broadly pessimistic about the country’s economic conditions, a majority of Ukrainians would not want to return to where Ukraine stood before 2014 (54 per cent responded negatively, 32 per cent would opt to return, rest undecided). In 2018, opinions divided 48 per cent to 39 per cent.