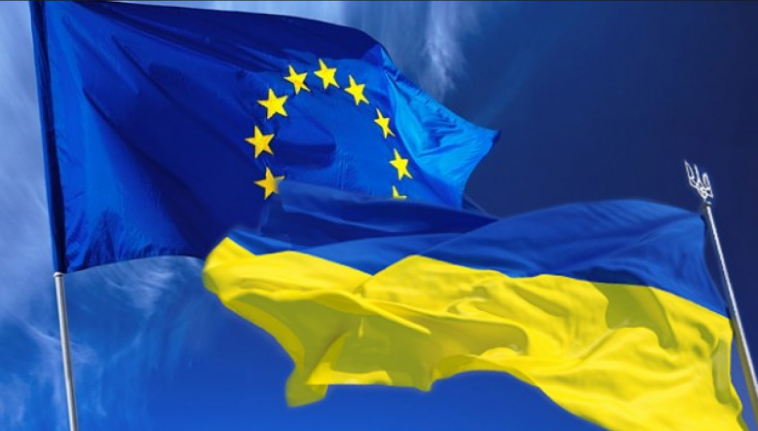 On September 16, the European Parliament adopted a recommendation that charts the course for the EU’s relationship with Russia. The document appreciated in Kyiv, was predictably met with discontent in Moscow. The EU needs to stop Russia from further aggression with tougher sanctions, the recommendation reads. The EU also needs to cut dependence on the Russian energy imports, the MEPs warn. Nord Stream 2 must not go into operation, the European Parliament affirms.

We take a look at the key points of the recommendation, and reactions in Ukraine and Russia.

On September 16, the European Parliament adopted a recommendation to the European Council and the European Commission charting the course for EU-Russia relations. The EU needs to push back against Russia with tougher sanctions, the document reads citing numerous violations by Russia including the illegal occupation of Crimea.

An end to business as usual. An extensive part of the document addresses Russia’s actions that undermine the security in Europe including its aggression against Ukraine.

“The EU should address the newest National Security Strategy of the Russian Federation, which formally acknowledges the anti-Western vector of Russian foreign policy and underlines the fundamental and systemic incompatibility of the socio-political systems of Russia and the West,” the recommendation reads.

“The EU should make it clear that a return to ‘business as usual’ cannot be envisaged until Russia halts its aggressive policy and hybrid warfare against the EU, its Member States and the EaP (Eastern Partnership) countries, and the territorial integrity of Georgia, Moldova and Ukraine is restored within their internationally recognised borders,” the European Parliament affirms. “The EU should therefore ensure that sanctions remain in place until Russia fulfils the respective conditions for their lifting and should also consider extending them for a period of one year, instead of six months as is currently the case,” the document reads.

Deterring Russia: preparing to cut Russia off from SWIFT. “The EU, together with NATO and international partners, should deter Russia in order to maintain peace and stability in Europe and beyond, including by strengthening its own defence capabilities and by pressing the Russian authorities not to interfere in the EU’s Eastern and Southern Neighbourhoods,” the MEPs say.

“The EU should be ready to use its leverage and call for the exclusion of Russia from the SWIFT payment system to deter Russian authorities from engaging in further aggressive behaviour and should be prepared to phase out its imports of oil and gas from Russia if the Russian authorities continue their threats against Member States and military action against EaP countries in the neighbourhood,” the document reads. The European Parliament also urges to step up energy security by synchronizing the electrical grids of the EU member states, and oppose further expansion of Russia’s nuclear energy sector towards the EU.

Urge to cut dependence on energy imports from Russia, damage of Nord Stream 2. The recommendation emphasizes the need for the EU to “draw up and implement a clear strategy on how to end its dependency on Russian gas and oil and other raw materials (notably iron/steel, aluminium and nickel), and increase its own energy autonomy.”

The Nord Stream 2 pipeline goes against European solidarity, threatens to increase the EU’s dependence on Russian gas and jeopardize the security of Ukraine, the MEPs warn.

Construction of Nord Stream 2 “should be immediately halted and should not be put into use under the current circumstances even if its construction is completed,” the document reads.

EU to make Russia pay a price for Crimea and Donbas. “The EU must continue to condemn Russia’s (…) illegal occupation and annexation of Crimea and the de facto occupation of certain parts of the regions of Donetsk and Luhansk, and the human rights and international law violations it carries out in territories it has occupied or annexed,” the recommendation reads citing recent arrests of the Crimean Tatars. The EU should put pressure on Russia through international organizations, and support the operation of the Crimea Platform.

“The EU should continue its involvement, including through the relevant EU Member States involved in the Normandy Format, in the full implementation of the Minsk agreements and explore possibilities for transatlantic cooperation on this matter,” the document reads.

“The EU should also broaden the scope of its sanctions to cover ‘passportisation’ and the organisation of illegal elections in Crimea and to increase the price Russia pays for blocking the implementation of the Minsk agreements and the Normandy Format talks,” “coordinate these measures with the US, the UK, Canada, Japan and other partners in order to expand their scope or increase their effectiveness,” and “take resolute measures to deter Russia from circumventing existing EU sanctions,” the recommendation reads.

Russia’s influence in Balkans and Belarus. The recommendation highlights Russia’s influence in the Western Balkans and Putin’s support for Alyaksandr Lukashenka’s regime in Belarus. “The EU and its Member States should make it clear that they will not accept any attempts to incorporate Belarus into Russia, as these would be made against the will of the Belarusian people and negotiated by an illegitimate leader.”

“The EU must recognise the European aspirations of its neighbouring countries and reject Russia’s policy of spheres of influence,” the document reads. “The EU should acknowledge that it bears a strategic responsibility for stability and development in its neighbourhood, especially in the EaP region.”

“Moreover, the EU should build capacity to expose and stop flows of dirty money from Russia and to expose the hidden treasures and financial assets of the Russian regime’s autocrats and corrupted oligarchs in the Member States,” the MEPs urge. The EU should also support the Russian civil society.

“The EU should take into account different possible developments in EU-Russia relations as well as within Russia; in particular, the EU should have a vision and a strategy on the future of EU relations with a free, prosperous, peaceful and democratic Russia, which will be fully committed to the international law, its international obligations and principles of good neighbourly relations,” the recommendation reads.

Reaction from Ukraine. “Ukraine welcomes the document,” the Minister of Foreign Affairs of Ukraine Dmytro Kuleba said at a news conference.

“It is very important to us that the document deems impossible a return to ‘business as usual’ until Russia halts its aggressive policy and hybrid warfare against the EU, and the Eastern Partnership countries including Ukraine, and the territorial integrity of Georgia, Moldova and Ukraine is restored within their internationally recognized borders,” the Minister said.

Kuleba underscored the EU’s support to the Crimea Platform, and condemnation of the human rights violations in the peninsula including recent arrests of Nariman Celâl, and four more Crimean Tatars.

Reaction from Russia. The recommendation by the European Parliament that calls on the EU to push back against Russia with tougher sanctions and cut dependence on the Russian energy imports is regrettable, the spokesman for the Russian President Dmitry Peskov said to the TASS agency.

“The document can only cause regret. Unfortunately, it does not mention the need to improve the dialogue, or solve existing problems and disagreements by communicating on different levels, and through different channels,” Peskov is quoted as saying.