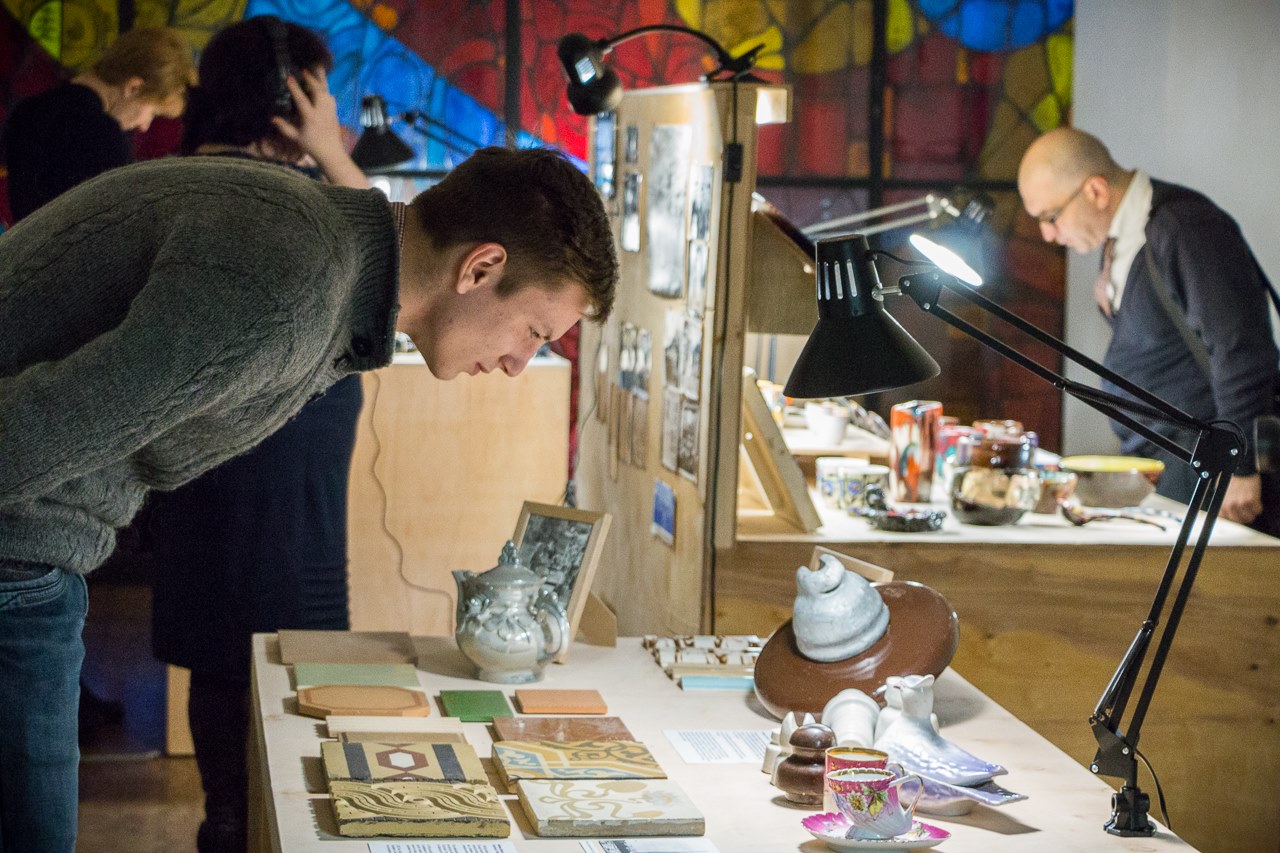 The “Slavkeramprodukt. Working with material” project by Ukrainian artists Anna Sorokova and Taras Kovach is a short research into Slovyansk ceramic production as a social phenomenon and an attempt to rethink the holdings and space of the city museum. Unique natural raw material and ceramics production based on it determined one of the key areas of Slovyansk residents’ activities for a long time. This activity took different forms in each historical period. Pre-revolutionary mass commercial production of pottery and tiles was developed in late 19th – early 20th century. Industrialization of the region and country led to huge Insulator plant facilities in Soviet times. After state-owned factories stopped their work, commercial production of consumer goods began to flourish in the 90s, as a survival strategy. The nature of production varied depending on the overall political and economic situation. How did ceramics affect people’s lives, their everyday routine and external relations? What determines the quality of contemporary ceramics?  How can the museum be useful to the city, where there are hundreds of private ceramic businesses, but which lacks quality art training?