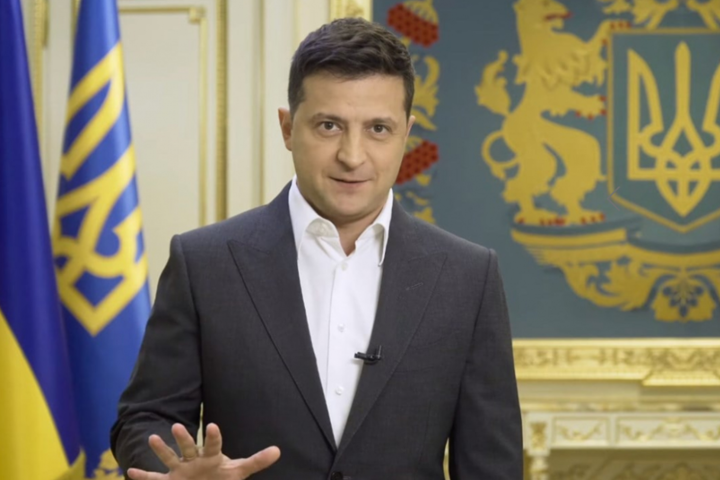 During this week, the most resonant news was the nationwide poll announced in a video address by President Zelensky, which he proposes to conduct during the local elections scheduled for October 25. Such a poll came as a surprise – first Zelensky announced the poll, and then, one by one, published the questions he plans to ask. This initiative provoked criticism from political opponents and a mixed reaction in society and expert circles – which concerned both the procedural aspects and the legitimacy of such a decision. The content of the issues also provoked a lively discussion. About the main thing in this story – further in the material of the UCMC.

Where did it all start? On October 13, Zelensky in a video appeal called on Ukrainians to vote in the local elections to be held on October 25, and announced a nationwide poll that day. Ukrainians will be asked to answer five questions, but they were not told which ones.

Following Zelensky’s video address, an explanation appeared on the president’s website stating that it was not a referendum and that the poll would not have any legal consequences.

The poll will take the form of voting with a kind of “ballot” near the polling stations. Participation in it will be voluntary.

What questions did the president voice? We now know of five questions that are likely to be included in this informal survey:

1. Do you support the idea of ​​life imprisonment for corruption on a particularly large scale?

2. Do you support the creation of a free economic zone in Donetsk and Luhansk regions?

3. Do you support the reduction of the number of people’s deputies to 300?

4. Do you support the legalization of cannabis for medical purposes – to reduce pain in critically ill patients?

5. Does Ukraine need to raise the issue of using the security guarantees set out in the Budapest Memorandum at the international level to restore its state sovereignty and territorial integrity?

In addition, when President Volodymyr Zelensky voiced the last three questions from his “nationwide poll” and asked Ukrainians to write topics of interest to them for future polls. As an example, the head of state mentioned the legalization of weapons or dual citizenship. “Don’t you like all 5 questions? Okay. Find this video on the official pages and write in the comments, what else would you like to say as a citizen of Ukraine. Legalization of weapons? Dual citizenship? Duration of schooling, Euro car plates, parliamentary republic and much more “Write what questions should be included in the next polls,” he said in a video message.

“True democracy without legal consequences.” The President’s Office acknowledges that the “vote” on 5 issues will not have direct legal consequences and emphasizes that it differs from the referendum in its direct constitutional definition.

“The need for this form of direct democracy is due to the fact that the content of politics in the state should be determined by the people, not only those who have enough media influence and money to manipulate in their personal interests the impression of public opinion,” Bankova said.

Thus, according to the OPU, the state wants to “hear its citizens and understand the basic needs of society.”

“This is how true democracy works,” the presidential office said.

This is not a referendum, the law says. Ukrainian legislation does not provide for such polls with the participation of government officials. Moreover, Article 19 of the Constitution of Ukraine explicitly prohibits forcing state authorities and local governments to participate in activities that are not prescribed by law. According to Olha Aivazovska, chairwoman of the Opora Civic Network, it is strictly forbidden to organize any polls or involve commission representatives in polling stations.

This is not a poll – say sociologists. Political analyst of the Democratic Initiatives Foundation named after I. Kucheriv Andriy Sukharina and Deputy Director of the Razumkov Center Mykhailo Mishchenko.

Both agree that the decision of the Office is more image and political than to really study the attitude of Ukrainians to certain events or phenomena.

For this purpose, it was enough to interview 2,000 Ukrainians (the most common sample in all-Ukrainian polls), Mishchenko said. And spend much less money on it.

“We are not talking about any research goals, nor about any understanding of what society wants. This is a way of manipulating public opinion and involving its electorate in the elections, namely the Servants of the People,” Sukharina said.

The professional sociological survey at the national level should proportionally present all categories of the population – adults of different regions, genders, ages, etc., says Sukharina. In forming the sample, sociologists rely on data from the State Statistics Service.

The presidential poll in the stated format will show the opinion of only those people who will come to the polls directly on election day – that is, the most active.

If you “fit” the presidential poll in some format, it could be an exit poll – a poll of every 12 or 15 people at pre-selected polling stations, or a continuous – poll of each person at the polling station, sociologists suggest.

Critique of the content of questions. A poll that does not formally meet the criteria of a poll or a referendum is also questionable in terms of wording. The first issue, which is life imprisonment for corruption, is completely populist – because it is obvious that in the conditions of the unreformed justice system, where sentences for corruption are not a reality, to ask the question of increasing the punishment for corruption is nonsense.

As for the reduction in the number of deputies, the reasons for asking people about it are also unclear. There are now 450 people’s deputies in the Verkhovna Rada. The bill to reduce their number to 300 was initiated by Zelensky himself. The bill was adopted in the first reading.

As for the legalization of cannabis for medical purposes – a decision that society absolutely needs, in mid-October last year, former head of the Ministry of Health Zoryana Skaletska hinted at plans to legalize medical cannabis in Ukraine. Deputies spoke about the support of this process in society and the urgent need to legalize the use of marijuana for the treatment of seriously ill patients.

The deputy from “Servant of the People” Nikita Poturayev claimed that the majority of deputies support “legalization”. At the same time, there is still no bill on this, and the speaker of parliament Dmytro Razumkov stated that Ukrainian society is not ready to legalize marijuana, in particular for medical purposes.

The issue of the Budapest Memorandum also caused misunderstanding. Valery Chaly, Ukraine’s former ambassador to the United States, commented on the issue: “It is clear that the goal is to strengthen the implementation of this agreement by” popular support. ” But the very question of confirming the right of a state to use an international legal document duly concluded by Ukraine does not strengthen our position, but, on the contrary, weakens it. Already now. No matter how it all ends. Besides: what if suddenly the answer is “no”? Is such an option not considered a priori? You can use the necessary mechanism or existing agreement – just do it, and do not engage in questionable innovation. I’m not even talking about the need for professional examination of the text before going public. “

It is no secret that Ukrainian youth do not like to go to the polls. The October survey of the “Rating” shows that the number of those who promise to come to the polling station is growing along with the age of the respondents. Among 18-29-year-olds no more than 43%, while among 60-year-olds and older – about 70%.

As the “Servants of the People” are more popular among young people than among the elderly, the party seeks to improve its election results. After all, “stimulating” young people can give the ruling party votes in the elections, as well as increase the percentage of those who will vote.Several Ukrainian Pravda interlocutors in the president’s team confirmed this version, calling the poll a “pure mobilization of youth.” In the coming weeks, they want to draw attention to the election in this way, – Zelensky’s team concludes