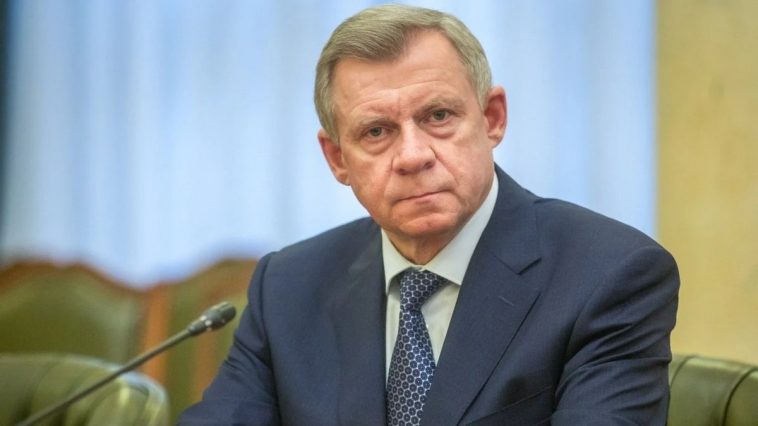 On the evening of July 1, the Head of the National Bank of Ukraine Yakiv Smoliy announced that he had filed a resignation letter. The reason he cited was “systematic political pressure”. President Volodymyr Zelenskyi accepted his resignation having signed off the letter. On July 3, the Parliament voted to approve Smoliy’s resignation.

Smoliy made a decision to resign after the sitting of the National Reform Council on June 30 (the Council’s executive committe is chaired by Mikheil Saakashvili). At the meeting he came into conflict with Zelenskyi. From the political standpoint it comes as the final cleansing of the country’s economic branch. Economically, there is a risk of hryvnia devaluation. UCMC looks at reasons, risks and possible outcomes of the event.

Who is Yakiv Smoliy? In 2014 Smoliy was appointed Deputy Head of the National Bank of Ukraine, chaired by Valeria Hontareva who had just taken office at the time. Smoliy was in charge of information technologies, oversight of payment systems and cashless payments. In October 2016 he became the First Deputy Head of the National Bank. He got to chair the central bank after Hontareva’s resignation in 2018.

“With my resignation I would like to warn against further attempts of undermining institutional basis of Ukraine’s central bank,” Smoliy stated.

His deputies remain in office. “We share the warning of pressure but see it as our duty to continue working so that macroeconomic stability is preserved,” the joint statement of the National Bank’s senior executive team reads.

Different takes on economy’s advance. Zelenskyi seems to have his own vision of what the advance of Ukrainian economy should be like. It differs dramatically from appropriate economic policy as seen by the senior executive team of the National Bank of Ukraine.

While the Head of the National Bank’s position on macro-financial stability was rigid, Zelenskyi was unsatisfied that the central bank’s tight policy holds back economic development.

Thus, the President was disappointed with the weak results demonstrated by the state program of cheap loans for business (the so-called “5-7-9 per cent loans”). He blamed on Smoliy that banks – program participants are giving too few loans.

“The ‘5-7-9’ claim is an old one. Zelenskyi expressed it already in January: it was about the high discount rate that makes the National Bank of Ukraine responsible for not giving the green light to the loans,” explained an unnamed source from “Servant of the People” (Sluha Narodu) party, as quoted by “Liga.net”. “Generally speaking, the President has a different economic paradigm.”

“Money is the blood of economy, we need more money; we should not be drying off the economy; (we need to) slightly decrease the exchange rate,” the source proceeds.

Financial stability or economic development? Smoliy’s time in office was marked by relative macroeconomic stabilization; the economic crisis that preceded, caused by the war in the east, gradually passed, the banking system was cleaned, PrivatBank became state-owned and started bringing profit. Still, Smoliy was criticized.

National Bank’s monetary policy seen as too tight was the main reason for criticism (the policy defining the amount of money in circulation that the National Bank uses to impact the price level and interest rates on loans and deposits). According to the critics, the National Bank was decreasing the discount rate too slowly throughout 2019 (the interest rate at which banks can borrow from the central bank, to be cost-effective, banks will not lend to consumers at a lower rate).

High discount rate helped the National Bank decrease inflation rate in Ukraine from 9,8 per cent in 2018 to 4,2 per cent in 2019. In 2020, amid the crisis caused by the coronavirus pandemic, inflation rate fell below two per cent. At the same time, loans for businesses and individuals were too expensive and thus restrained economic development.

Failure to obtain planned revenues was also blamed on the National Bank. In 2019 hryvnia unexpectedly reversed and became stronger, tax and customs services started getting less import duties and taxes. Customs value of imported goods kept decreasing, so did the revenues from VAT (20 per cent from customs value), customs duties and excise taxes.

Politicians wanted the National Bank to interfere into economy more actively, accelerate it by printing money, to cover the UAH 300 billion budget “hole” (approx. USD 11 billion, one quarter of the total 2020 spending).

What it means for economy. Many experts are convinced that Smoliy’s resignation will have a strong impact on hryvnia and inflation rate. “It brings the risk of undermining financial stability of the country amid the global crisis, (the risk of) devaluation of hryvnia and rapid increase of prices, should the ideas of political control over the National Bank of Ukraine and emission of money be implemented,” commented Hlib Vyshlinskyi, executive director at the Center for Economic Strategy.

Yevhen Dubohryz, financial analyst, deputy director of the Financial Stability Department of the National Bank in 2015-2019, said one should not expect immediate devaluation of hryvnia or inflation increase.

However, Dubohryz proceeds, reports of political pressure on the National Bank of Ukraine form negative expectations, especially in the view of the President’s rhetoric supported by his party that economy needs “productive emission”, meaning inflation and weakening of hryvnia as well as increased lending to businesses, even though they will not be able to pay back the loans.

“In the mid-term perspective, in a year – a year and a half, we may indeed see returning the 15-20 per cent annual inflation rate and increase in number of insolvent banks, especially if the new head is to exercise pressure on the actual board of directors or insist on having loyal deputies appointed (that’s what actually happened in practice),” Dubohryz said.

How investors will react. An immediate consequence of the central bank’s chief resignation motivated by political pressure will be sharp worsening of attitude to Ukraine on the part of investors (both domestic and international) and foreign partners (international financial organizations, banks etc.).

“In the past years, investors have been seeing Ukraine’s National Bank as a reform marker as well as a guarantee that investing in Ukraine is reliable. Resignation note undermines this trust,” commented Pavlo Kukhta, Chief Policy Officer at the Kyiv School of Economics, former acting Minister of Economic Development, Trade and Agriculture.

According to investment banker Serhiy Fursa, the decision ruins cooperation with the IMF and all other partners – the EU, the World Bank, the U.S. etc. To remind, the International Monetary Fund agreed a new USD five billion loan for Ukraine in late May, negotiations on it started in August 2019. “Lending by both the government and Ukrainian companies will be growing more expensive, it will have a negative impact on the state budget, the deficit will be increasing, so it will get more difficult to finance the spending – increase the national minimum wage, pension, finance the army etc.,” Yevhen Dubohryz is convinced.