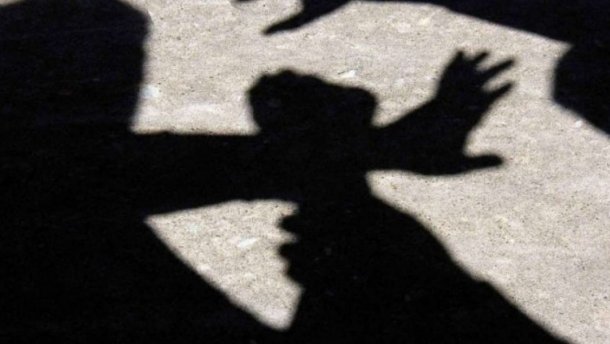 The news that grabbed the public’s attention in Ukraine last week included two hostage situations (one still ongoing) and two attacks on activists, one of which turned deadly. UCMC looks at what’s happening.

On July 22, Oleksiy Kuchapin, a well-known Ukrainian volunteer helping the homeless, chair of the “House of Mercy” (Dim Myloserdia) NGO was found dead. On July 16 he told his family he was going to Dnipro, from then his whereabouts were unknown. His body was found in a rented apartment in Kyiv intended for homeless. Kuchapin’s friends are convinced that the activist was killed. He was said to be receiving threats. There are also reports of a couch covered with blood stains found outside the apartment, it was allegedly part of the crime scene and was then thrown away. Police put forward a version suggesting that Kuchapin died of natural causes. Currently, there is no clarity in the case.

On July 24, several dozen people rallied by the Ministry of Interior demanding that Oleksiy Kuchapin’s death is duly investigated.

On the night of July 22 into July 23, the house of the head of the board at the “Anti-Corruption Action Center” NGO Vitaliy Shabunin was set on fire. Shabunin invited the journalists to see the effects of the arson.

“We would like to recall once again unwillingness of the government to protect civil society actors. As a Christian, I would like to bless the executors and masterminds (of the arson). The latter I also thank for motivating me to work harder,” Shabunin wrote.

“Anti-Corruption Action Center” is an NGO founded by Vitaliy Shabunin and Daria Kaleniuk. The Center earned its reputation by exposing high-profile corruption cases, advocating for anti-corruption legislation, contributing to the return of stolen public funds and consolidating civil society around integrity standards.

Statement by UCMC. Ukraine Crisis Media Center issued a statement reacting to the recent attacks on activists. “We are convinced that these repeated incidents reveal the mounting problems in the country. Environment for civil society activists to exercise their public activities has been recently deteriorating.

Impunity fuels further aggression. Lack of due investigation and justice leads to mistrust of law enforcement.

We call to stop the violence against civil society activists and demand a clear and prompt reaction by respective authorities,” the statement reads.

The Lutsk terrorist. On July 21, in Lutsk, an armed man seized an intercity bus “Berestechko-Krasylivka” commanding that it drives to the central square, Teatralnyi Maidan. He took 13 people hostage. The man said he had explosives and weapons. It was reported that the man was indignant at “the system in Ukraine”. Initially he refused to get out and let the hostages go, he also fired at the police. In the evening he let go a senior woman, a teenager and a pregnant woman.

The captor turned to be a 44-year-old with a criminal record, Maksym Kryvosh.

The man demanded that high-level officials, ranging from judges and prosecutors to ministers and the Premier, make posts on social media calling themselves “terrorists in law”.

Kryvosh put forward a separate demand for President Zelenskyi: to post a video address saying “Everyone should watch the 2005 ‘Earthlings’ film.” Zelenskyi did so, the terrorist then surrendered.

Police started a criminal proceeding, the man was charged with hostage taking and staging a terrorist attack. The perpetrator faces prospects of seven to 15 years in prison, or a life sentence.

Police held hostage: an incident in Poltava. On the morning of July 23, in Poltava, police were trying to arrest the suspect in a car theft as he started to fight back. The man brandished a grenade, took the policeman hostage threatening to blow up himself and the policeman, in case he is not let go.

Following negotiations, the policeman was swapped for the criminal investigation chief Vitaliy Shyian. The perpetrator demanded a car, upon its provision he and the hostage left the city.

At about 16:00 the perpetrator let the policeman go and hid in the woods.

His name is Roman Skrypnyk, his criminal record includes sentences for a petty theft, fraud and drug possession. The operation to arrest him is ongoing. It involves the use of aviation and police dogs. Various law enforcement agencies cooperate, including police, National Guard, Security Service and Office of the Prosecutor General.