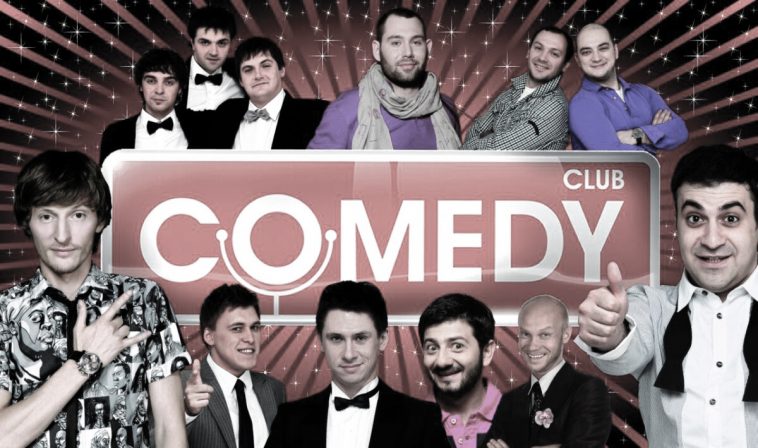 One of the dramatic effects of COVID-19 pandemic is the growth of domestic violence, amplified by prolonged contact, less possibilities to receive aid and economic crisis. In Russia, coronavirus-related limitations were first introduced in March, and the amount of women who turned to the national hotline grew by 24% compared to February. It is a spike in a much more substantial problem – while actual statistics are difficult to come by, as many women do not turn to the police both because of the societal pressure and the reluctance with which law enforcement treats such cases, – 1 out of 4 families is affected by domestic violence that results in deaths of approximately 38 women every day.

The situation is aggravated by the unsatisfactory state of Russian legislation of the issue – domestic violence was decriminalized in 2017 and became an administrative offense, which does nothing to distance the victim from their abuser and, as fines are often paid from the family budget, it indirectly puts women under even more financial pressure. Legislation, however, is far from being the only problem: derogatory attitude towards women is promoted by high-ranking Russian politicians – and is widely present in modern popular culture, which normalizes inequality even further.

Offensive humor is often perceived as an artificial problem and people criticizing such jokes inevitably blamed for “not having a sense of humor” – while the danger behind them is very real. Misogynistic, sexist humor downgrades the problem, makes it easily dismissible – and it is widely present in Russian media space. This is reflected in top-ranking humor programs that have built impressive audience and popularity over the years, which underlines the fact that sexist jokes are not a fringe element of popular culture but a widely supported trend.

Comedy Club, the top comedy show in Russia (airing at one of the leading channels TNT owned by state-controlled GazProm Media Holding with 38.5 million daily views), bases a significant amount of its performances on sexist humor – which is often combined with racism and homophobia. Issue 460 was partly dedicated to portraying a woman as a stereotypically dim gold-digger – making fun of her Ukrainian origins at the same time. Another clip with a corresponding name “A Perfect Woman” is an exemplary case of objectification, where you can use a mobile app to order a woman of your dreams, which is conventionally beautiful, ready to do all the housework, is loyal to a man while handpicking for him girlfriends on the side – and, when the fight between two men erupts, urges to hit her instead of each other, meanwhile instructing how to do it and avoid jail time.

Another video of CC romanticizes rape, portraying it as a female fantasy. Comedy Club and its subproject Comedy Woman have also mocked the #metoo campaign – they staged a performance where female comedians asked their male counterparts for sexual harassment “to keep up with the West”. Meanwhile, comedian Alexander Nezlobin ridiculed the campaign, comparing unwanted advances to scenes from cinema (“then I can say I was harassed by Sharon Stone as a kid”, he claimed) and dismissing the idea that “no means no” – saying that if he accepted rejections and did not persist, he would not have a relationship at all. The relevant video was removed from YouTube after public outcry.

For CC, jokes about women constitute approximately 22% of all air time; those about relationships – 25%. KVN, a successor of Soviet humor show and one of the most popular comedy programs, often follows the similar suit. A scene depicting competition for male attention between a wife and a mistress, traditionally presents a man as the highest prize and also features a hint of anti-Western sentiment: the main hero brings both women together to decide, with which one to stay – as

There is a crisis in the country, I can’t handle you both. Everyone understands that it is not my responsibility, but that of irresponsible and ill-conceived policy of the former USA administration.

The abovementioned cases are simply the examples of the broader trend, where humor is built on reinforcing stereotypes that objectify and dehumanize women – mostly through the male gaze, as men have significantly more screen time and women often echo their jokes, legitimizing them. The tendency is wide-spread and may be observed on various occasions: from political satire program “International Sawmill” that airs on one of the top Russian TV-channels NTV and ridicules Angela Merkel’s age and appearances, comparing her to a man, to popular (3.61 million subscribers) video-blogs on YouTube targeting younger audience – with jokes similar to “if you caught a pigeon, the evening is great – you now have both a woman and a dinner”.

The real-life effects are quite substantial – 2008 experiment proved that after exposure to sexist comedy, amount of money men are prepared to donate to charity organizations dealing with domestic and sexual violence, significantly diminishes. Nevertheless, humor is far from being the only area of pop-culture where sexism strives.

Mass-market cinema in Russian Federation does little to counter the gender stereotypes. This tendency has been frequently evidenced during the last 5 years at the very least by popular, commercially successful films often produced with state funding. Film “Crimea Bridge. Made with Love” hit the theaters in 2018 – and it centers as much around Russian propaganda on annexation of Crimea as around objectified portrayal of women. Main character makes it his goal to have sex with the local “alfa chick” after evaluating all the other females available – while judging them for being too unattractive. Film rated PG-13 despite the numerous obscenities was directed by Tigran Keosayan, a host of the abovementioned “International Sawmill” program – and the script was written by RT editor-in-chief Margarita Simonyan, who also happens to be Keosayan’s wife. Putin’s confidante Sergey Trofimov took upon a role of composer, and studio owned by Keosayan’s brother was involved in the filming process.

These links result in allegations of corruption, as the film received state financing of at least 100 million rubles outside of competition process. “Crimean Bridge” was called “an apolitical film” by director and actors – although its main message of Crimea being Russian territory and several scenes explicitly contradict this statement. For example, the film features a Crimean Tatar (played by a Russian actor) who whitewashes the Soviet deportation of his own people, and a fight between stereotypically portrayed Ukrainian who attacks a Russian for calling Crimea “annexed” (!).

“The Best Day”, released in 2015 with a budget of 2 million dollars and box office receipts of more than 10 million, is presented as a comedy while being a story filled with abuse coming from a consistently drunk main character – who in the end is, of course, forgiven by his fiancée. It became the highest-grossing film in Russia in 2015. Another popular comedy, “SuperBobrovs”, hit the cinemas next year to tell a story of a family gifted with superpowers they decide to use for robbing a bank. Classified as a “family film”, the piece consistently refers to female fat-shaming and bullying of one of the characters. It also features a questionable storyline of a 12-year old falling in love with her sister’s fiancé and attempting to seduce him. The film was endorsed by the Russian Cinema Fund – a part of Ministry of Culture.

Yet another comedy, “Policeman from Rublyovka 2” is another installment of popular TV series that uses for comedic purposes a tragic real-life story of a suicide committed by a policewoman in Sochi after she was bullied for being raped by a colleague. The film also starts with a scene of a character waking up next to his wife holding a pepper spray and asking where has she seen a rapist – he enjoys some “unexpectedness”, so what?

Comedies are far from being the only genre where sexism prevails – from melodramatic TV-series akin to “Sugar Babes” exploring lives of financially dependent mistresses to military dramas such as “Stalingrad” or “T-34”, Russian cinema rarely gives women agency. It does not often pass the Bechdel test – and perhaps the most popular trope for female characters is to stoically suffer. Mass-oriented cinema, then, is a contributor to formation of the negative stereotypes that have real-life effects, from the formation of organized misogynistic movements to a 27% salary gap between men and women.