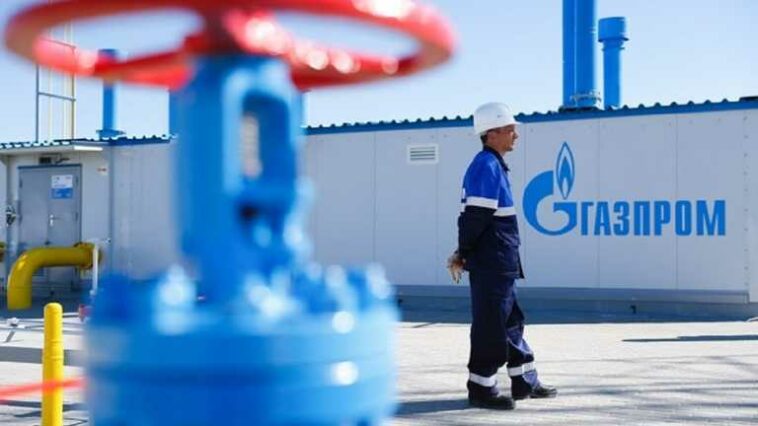 In October 2021, in the light of record-high prices for natural gas on the European market (exceeding $1.600 per 1000 cubic meters), natural gas supplies became one of Russia’s biggest bargaining chips against the West. This has already been reflected in gas prices across Europe going up — and so do electricity prices which depend on the natural gas tariffs as well. Thus, the bills in Italy are expected to increase by 40% and continue to soar in Germany and the UK. Not only does it increase the share of people who can’t afford to keep their homes warm, but also makes the European governments more vulnerable to the pressure of the Kremlin.

During the COVID-19 pandemic, European gas export has significantly decreased since the demand for natural gas was lower. As a result, in 2021 the loosening of restrictions turned into a gas deficit in both the EU and the UK with the storage only 75% full jeopardizing the cover of industrial and domestic needs. Being the largest gas exporter to Europe, Russia supplied around 43% of the EU’s gas imports in 2020.

In addition, the fact that Asian buyers outbid Europe for the spot supplies of natural gas from the US allows Moscow to use the high demand for its own benefit and blackmail Europe with natural gas supplies, pushing the Nord Stream pipeline and demanding long-term gas supply deals from European countries.

Exploiting alternative gas routes bypassing Ukraine and depriving it of transit fees, Russia reveals its politics of pressure on Kyiv, forcing it to direct cooperation. In 2020, Ukraine already lost 15 bn cubic meters of gas transit due to the launch of TurkStream, and the long-term contract between Hungary and Russia, signed in September 2021, means the loss of another 10 billion cubic meters.

Despite the current 5-year deal between Ukraine and Russia on gas transit to the EU, Gazprom, a Russian state-owned energy giant, booked about 35% of total additional gas transit capacity via Kondtranki transit point in Poland and mostly refused to book any additional volumes via Ukraine for November. According to Yuriy Vitrenko, head of Ukraine’s state energy company Naftogaz, Russia is sending less gas to Europe via Ukraine than specified in the current transit contract.

Discrediting Ukraine as a gas transiter

Therefore, the Kremlin is making it clear that extra gas supplies may be expected only after the Nord Stream 2 certification, which is awaiting regulatory clearance from Germany. Running under the Baltic Sea directly from Russia to Germany, the pipeline is not only depriving Ukraine of about $3 billion a year in gas transit fees but also constitutes a threat to Europe, since:

At the same time, Moscow is systematically taking attempts to discredit Kyiv, such as:

However, over $56 billion was spent on repairs and diagnostics of Ukrainian GTS as part of the large-scale modernization program. According to Mykhailo Honchar, President of the Center for Global Studies Strategy XXI and a Ukrainian energy expert,

“The first narrative about the “obsolescence” of the Ukrainian GTS appeared in 1996: they say, after the Soviet Union collapsed, there was no one to take care of the GTS. Ukraine constantly deconstructs all these myths […] It is practically impossible to disrupt gas transit through Ukrainian GTS. In case of any accident, the system is equipped in such a flexible way that gas transportation just switches to other pipelines.”

At the same time, the condition of Russia’s GTS raises questions: in 2021 alone, it suffered 7 major accidents.

Nevertheless, the official position of the Kremlin is denying the political context of gas supplies. While justifying the export decrease with growing domestic demand, Russia’s still playing outside the principles of the rule of the free gas market.

As additional spot supplies are not available as they were in previous years, Russian authorities continue to emphasize on fulfilling the long-term gas contracts, encouraging European countries to supply direct deals with Gazprom for 10 or 15 years, which means being almost fully dependent on Russian energy.

Aiming to increase the EU’s reliance on Russian natural gas, Moscow not just turns gas supplies into geopolitical weapons against Ukraine, but also makes strategic moves to control the European gas market. Such developments force the EU to search for alternatives, such as importing gas from the MENA region, from Azerbaijan or Kazakhstan through the Southern Gas Corridor, importing LNG from the US and East Africa, increasing renewables share in the energy mix or upgrading energy efficiency. However, not all countries are ready for those changes, and this hesitancy contributes to the increasing risks.