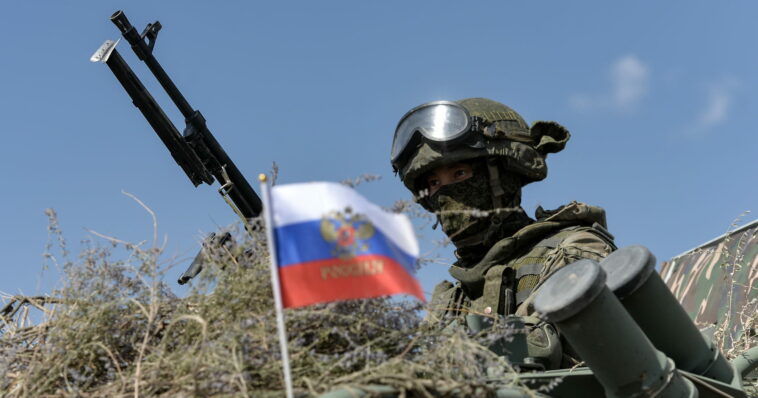 Russia amassed more than 100,000 troops near Ukraine border. A possibility of a large-scale incursion is debated in Ukraine. Global political landscape opens the way for Russia’s push for Ukraine and the West.

Ukraine takes the political and military threats seriously. More than 2,000 km of the border with Russia and buildup of troops is no joke.

Novoe Vremya (New Times) delves into the numbers of the Russian troops deployed near Ukraine border, and looks at the Kremlin’s motives. Here’s an infographic and key facts.

Tensions build in difficult times. Escalation happens against a backdrop of a pandemic, rising energy prices, a migrant crisis on the border between Poland and Belarus, and Gazprom’s reluctance to negotiate gas transit through Ukraine after 2024. The international community is increasingly worried by Russia’s moves, and Russia tries to put more pressure on the West.

Ukraine is more prepared to the escalation than in spring. Ukraine and the U.S. recently signed the Charter on Strategic Partnership. On November 29, Washington confirmed its support to Ukraine’s NATO aspirations. The West is to supply equipment for the Ukrainian Armed Forces.

Russian military buildup in numbers. Russia deployed more troops and matériel to the border with Ukraine than at the start of the year. More units can be quickly moved to support them.

Russia deployed 115,000 troops to Belgorod, Voronezh, Rostov, and Smolensk regions, and Crimea. The largest contingent of approximately 35,500 soldiers is stationed in Rostov region. These units report to the Southern district command and engage in military operations in Donbas. More than 2,000 regular Russian troops are permanently deployed to the occupied part of Ukraine’s Donetsk and Luhansk regions, Ukraine’s military officials said. They are directly engaged in the fighting, and they train militants.

Russia deployed the 8th Guards Army, reserve support to units in occupied Donbas, and the 20th Guards Army headquartered in Voronezh to the Ukrainian border. The 4th Guards Kantemirovskaya Tank Division was sent to Yelnya, in Smolensk region, and the 7th Air Assault Division was sent from North Caucasus to Crimea. Belarus moves the 6th Guards Mechanized Brigade to Ukraine border.

This time, Russia put new military equipment in play. First, there is slat armor to protect armored vehicles against anti-tank missile attacks, possibly with a view to Javelin anti-tank missiles that Ukraine received from the U.S.

Second, Russia deployed heavy flamethrowers Solntsepyok near the border. “Unlike Grad or Uragan warheads that fragment on impact, they set the ground on fire,” said Ruslan Leviev, founder of the Russian open-source investigative group Conflict Intelligence Team. Russia earlier deployed Solntsepyok in Syria, as they are designed for large-scale combat operations.

Could Ukraine defend itself? Yet, the number of troops would be insufficient to hold a large-scale combat operation in Ukraine, said Serhiy Shurets, military analyst, director of Defense Express consultancy.

Russia needs to maintain six to one or three to one advantage in combat power to secure the victory, he said. Russia estimates that there are 30,000-35,000 Ukrainian troops in Donbas, but the deployment is larger. There are 235,000 active duty service members, and 400,000 members of reserve units. Hundreds of thousands of Russian troops would not be enough to win them over.

“With all eyes on the East and North, Russia does not have a three to one advantage to conduct ground offensive,” said Ihor Kabanenko, admiral, former Deputy Defense Minister of Ukraine. “It would be a risky gamble,” he added.

What Putin aims for. Tens of thousands of soldiers and hundreds of thousands of equipment pieces can be a façade hiding Russia’s true intentions, analysts interviewed by Novoe Vremya said. The Kremlin sends a message to Washington and Brussels.

Russia uses Ukraine to provoke the West by what appears to be the Kremlin’s typical hybrid tool. First, Russia wants certification for Nord Stream 2 to bypass Ukraine. Second, Moscow is wary of further U.S. sanctions on the government debt. Third, its geopolitical interests in a number of regions are confronted by the West – in Africa by France, in the Middle East and Caucasus by Turkey, in Latin America by the U.S., and in the Balkans by the EU.

“Russia tries to maintain a global role by maintaining a threat to upend the status quo anywhere in the world anytime,” said Lilia Shevtsova, Russian liberal political analyst. “Russia needs a global role to balance out failure to secure domestic change.” Provocations on Ukraine border fit in the tactics.

The Kremlin’s operation follows three goals: to rattle the saber, test the West, and test Ukraine’s response to an invasion threat, said Mykola Sunhurovskyi, director of military studies at the Razumkov Center.

Putin aims for talks with Biden following the summit in Geneva in June 2021, said Oleksiy Danilov, Secretary of the National Security and Defense Council of Ukraine. There are hopes of a phone call between the U.S. and Russian presidents, an unnamed source in the Office of the President of Ukraine told Novoe Vremya. If Ukraine is on the agenda, de-escalation may follow.