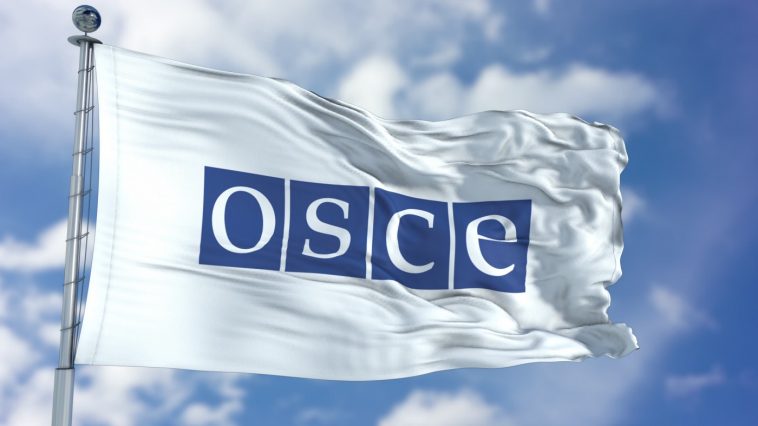 Some of the latest developments, however, raise disturbing questions whether OSCE indeed adheres completely to the role of a transparent, unbiased party driven by international law. One of the incidents that drew significant attention to the issue involves OSCE Representative on Freedom of the Media, Harlem Désir, who took part in a Moscow-based conference on media freedom issues in November 2019. The event was, in fact, initiated by the organization. Opening address by Mr Désir proved to be highly problematic, considering how substantially the free speech abuses in Russia were downplayed and how no attention was paid to the freedom of expression issues in the occupied Crimea that became subjected to heavy human rights violations over the last 5 years.

The conference itself was efficiently used by Russian authorities, including Head of Roskomnadzor A.Zharov, a body responsible for internet censorship in Russia, to legitimize their policies in the field and claim there are no problems with freedom of speech in Russia. Promoting this message is of crucial importance to the Kremlin, and it is frequently featured in the news on state-controlled television, with an example of notorious D.Kiselyov, sanctioned by the EU, insisting Russia is the world’s champion of free speech.

Considering how essential the information component is in hybrid warfare, OSCE’s participation in legitimizing the system that promotes government-tailored narratives for political purposes appears damning. It was, however, not the only case of misconduct — the continuous string of similar examples showcases the underlying systemic problem with organization’s role as a mediator.

For instance, Russian State Duma MP O.Zhuravlyov visited one of the areas of troops disengagement, the village of Zolote, on November 2, 2019, — and he did so without crossing the Ukrainian border, by travelling from Russia directly. This violation of international law, which recognizes Ukrainian sovereignty and territorial integrity, is especially damning since Zhuravlyov was accompanied both by the representatives of the Kremlin’s puppet republics and members of OSCE Special Monitoring Mission, which explicitly condones such action.

OSCE SMM has been previously involved in yet another incident at Stanytsia Luhanska in September 2019, where one of the mission’s representatives was directing a drone at the demarcation line, accompanied by members of the so-called “LNR”. This may entail a threat of sensitive data leak, which is especially disturbing against the backdrop of pro-Russian sentiment expressed by some of the SMM members, namely N.Alekseev. In August 2019 he was spotted posting death wishes to Ukrainians on his pages in social media, which were later taken down along with details on Alekseev’s employment.

These cases, among others, indicate existence of the systemic problem within OSCE, which prevents the organization from effectively reaching its goals. Part of this problem is the apparent structural imparity within the mission that as of August 26, 2019 included 35 Russian nationals and 0 Ukrainians. This clearly complicates the task of being impartial as Moscow, despite its ongoing denial, is an interested party directly involved in the war — with the latest crucial set of evidence proving “the influence of the Russian Federation extended to administrative, financial and military matters” over puppet republics released by MH17 Joint Investigation Team.

This direct influence and control resulted, according to the UN, up to 44,000 people becoming victims of military aggression, including both wounded and deceased. The number of internally displaced persons constitutes 1,415,575 people as of October 2019. Not only the human cost, but also geopolitical scale of the conflict is of utmost importance, as it threatens the overall security system with a dangerous post-WWII precedent of forced border re-division in violation of previously signed international agreements. In such circumstances, the OSCE’s ability to maintain impartiality and balance is of crucial importance — yet it is under question. Answering this question is in the best interest of organization to protect its reputation and credibility, the role of which is highly important in European security system that becomes increasingly fragile.