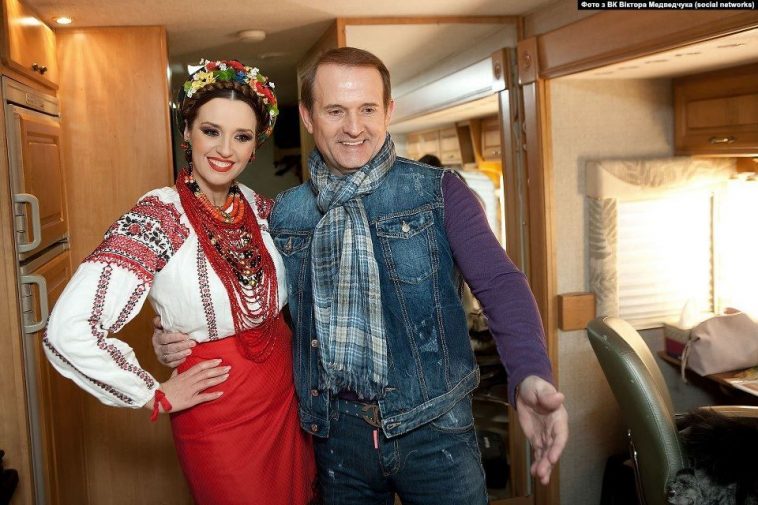 Novoshakhtinsk oil refinery in Russia, controlled by the family of Viktor Medvedchuk, political council chief of the “Opposition Platform – For Life” (Opozytsiyna Platforma – Za Zhyttia) party and Vladimir Putin’s crony, supplies its products to Crimea and trades with American corporation ExxonMobil through a Swiss intermediary firm linked to an MP of Russia’s State Duma. Oil products are transported by tankers, the route starts in the neutral waters of the Black Sea and ends at the Port of Houston (in Texas, the U.S.). Viktor Medvedchuk has been subject to U.S. sanctions since 2014. The scheme was uncovered through an investigation of the “Schemes: Corruption in Details” (Skhemy: Koruptsiya v Detaliakh) program – a joint project of RFE/RL and Ukraine’s public broadcaster “UA:Pershyi”. UCMC has picked key findings of the investigation, read on.

Russian oil traders “YuLK Alliance”, “Stroiprominvest” and “Yugdizel” confirmed that they are selling oil products of the Novoshakhtinsk refinery to companies in the occupied Crimea. Fuel is delivered into the peninsula by trucks.

Medvedchuk’s asset declaration says that Marchenko controls most of the refinery based in Russia’s Rostov region. The politician refused to answer the journalists’ questions on his family business.

The U.S. Furthermore, Russia-based oil business of Viktor Medvedchuk and his wife is working with an American company, despite the U.S. sanctions that were imposed against Medvedchuk in 2014.

Export operations are performed through the Russian company “Rosewood Shipping” that owns eight petroleum tankers. According to Medvedchuk’s asset declaration, the company is formally chaired by Oksana Marchenko.

The “Schemes” program discovered it back in 2018, later Medvedchuk confirmed that his wife is the formal owner of the company, while he actually runs it.

The investigation by “Schemes” revealed that Novoshakhtinsk refinery’s oil products were transported in the U.S. at least six times between February and April 2020. The transportation route started in the Rostov port and ended in the port of Houston.

The client was “ExxonMobil Sales and Supply LLC”, part of the ExxonMobil corporation, one the world’s largest oil companies. Its former CEO Rex Tillerson was the Secretary of State under President Trump.

According to “Schemes”, the value of contracts similar to the ones between the Russian refinery and ExxonMobil by volume and delivery conditions can be USD 150 million.

ExxonMobil was not directly trading with Medvedchuk, but with the Swiss company NewCoal Trading that journalists link to the family of Russian MP Gleb Khor.

“Journalists of the ‘Schemes’ program revealed that a well-known American corporation is buying petroleum products from an oil refinery owned by Putin’s crony through a Swiss company linked to an MP of Russia’s State Duma from ‘Yedinaya Rossiya’ party,” the investigation concludes.

ExxonMobil replied to “Schemes” saying that they respect the U.S. sanction policy. Novoshakhtinsk oil refinery and Gleb Khor did not respond to the journalists’ inquiry.

In June 2020 “Schemes” also uncovered that Viktor Medvedchuk and oligarch Ihor Kolomoyskyi co-own the assets in a number of industries including media, energy, iron and steel, as well as logistics.