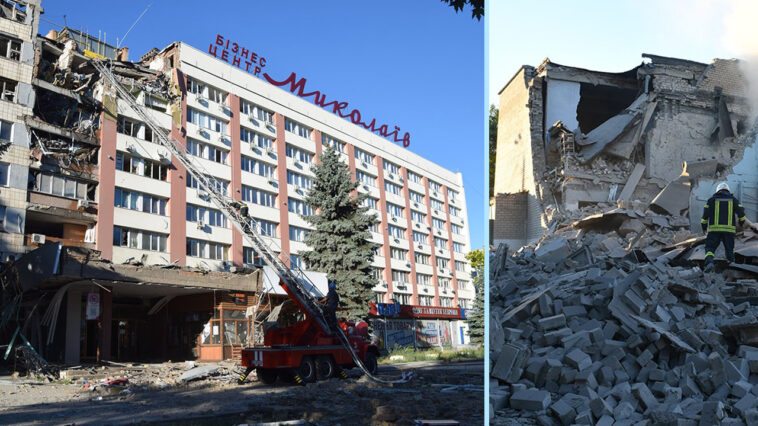 On July 13, and on July 14, Russian terrorists launched missile attacks on the city of Mykolaiv and the region. The Russians killed 5 civilians, as announced by the head of the Mykolaiv Regional State Administration Vitalii Kim.

On the morning of July 14, Mykolaiv was subjected to massive rocket fire. According to preliminary information, 9 missiles from the S-300 anti-aircraft missile system were fired at the regional center.

Currently, it is known that two educational institutions, a transport infrastructure object, and a hotel were damaged. One person was injured. According to the preliminary information, there are no victims. Detailed information is being clarified.

Yesterday,  on July 13, in the early hours of the day, the Russians shelled the new settlement of the Pervomaisk community, the Mykolaiv region. 4 people died and 2 were injured.

On July 14, approximately at 01:00 a.m., there was shelling in the city of Bashtanka. According to preliminary information, there are destroyed residential buildings. One person died. The blast wave threw the man’s body away from the house to a distance of about 30 meters.

On July 14, approximately at midnight and 04:00 a.m., there were shellings in Shyrokivska territorial community. The hits were mostly outside the population centers and caused the fire on the grain fields. The water tower was also damaged. The damage has now been fixed. There are no casualties.

Shelling of villages along the demarcation line in the Bereznehuvatska community continues. Information on victims and damage is being clarified.