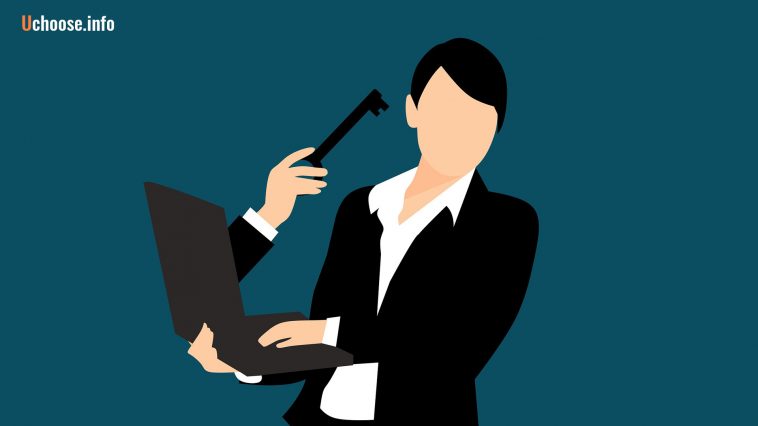 Originally published in Ukrainian at Uchoose.info

The Surprising Origins of Reflexive Control

1970-ies in the USA. FBI launches a criminal profiling unit. The idea behind it is simple – to research, based on the psychological profiles of captured serial killers and sexual predators, the patterns behind such cases and to solve them. It turned out that serial killings constitute 1% of all murders in the USA and the perpetrators have a lot in common.

Their behavioral pattern has a whole set of common traits. For example, serial killers are usually driven by sexual motivation, they mostly target the representatives of their own race or they tend to keep some of the victim’s things or come back to the crime scene to remember and experience again the “pleasure” the received from committing a murder. It was precisely then that FBI made a decision to use all these details in order to lure the killers out and capture them. This is how the idea of cooperating with media and publishing false information to manipulate the criminals came to be (more on this – in “Mindhunter” by John Douglas and Mark Olshaker or in the Netflix series of the same name).

One of the ideas behind profiling is a thorough research of your opponent, understanding their logic in order to influence their behavior. Instruments used by the Federal Bureau of Investigation are a great example of reflexive control.

A decade before, preceding the FBI, Soviet scientists began their consistent study of reflexivity.

– this was the definition proposed in 1960ies by Vladimir Lefebvre, Soviet and, later, American psychologist, mathematician and a founder of reflexive games theory.

It happened in the middle of the Cold War. Information was a major battlefield, where adversaries boasted with their technological achievements. Secret services and media served as the main instruments. Both the USSR and the USA tried to demonstrate their power to threaten the opponent and to undermine their economy with constant defense expenses at the same time. The Soviet Union held theatrical military parades for the Western intelligence – with phony ballistic missiles. The goal of these operations was to convince the West that the Soviet missile capacity was much greater than it actually was. They prepared fake ones for the demonstration, with missile warheads appearing enormous.

Precisely at that point the understanding settles of how many opportunities to manipulate one’s opponent there actually are. The goal behind “reflexivity” is to change the opponent’s behavior so that they don’t even realize their decision is not voluntary. Moreover, it is always disadvantageous for the victim – but he or she realizes it too late, when the enemy has already seized the opportunity. First the Soviets and later the Russians were very serious about reflexive control.  When looking for sources while writing this piece I found dozens of publications by Soviet and modern Russian military strategists. This term is included in strategic documents of the General Staff of the Armed Forces of the Russian Federation. Their understanding of the phenomenon goes as far as selective, specifically modeled situations.

Modern Understanding: Russia vs the West

The newest issue of the “Military Thought” (a journal by Russian Ministry of Defense for the senior members of the Armed Forces and teaching staff of the relevant training institutions) released in October discusses reflexive control in the context of naval engagement.

“Possible psychological shortcomings of naval engagement may be the difficulty focusing, temporary amnesia (when a soldier forgets what to do and in which sequence), false idiocy (when a soldier is incapable of making simple calculations or establish logical connections). The whole team of the ship may feel it. These circumstances give us an opportunity to influence our opponent. We get a possibility to shape an illusion of perception and thought regarding our actions, as well as to distort the perception of combat situation, erode the decision-making [process], assist the adversary in arriving to the false conclusions, encourage the disadvantageous actions, divert attention to the issues not related to the mission objective. Reflexive control is always connected to the functioning of unconsciousness”

claims the author of the piece, candidate of sociological sciences Irina Sitnova. She goes on:

“Cunningness and maskirovka, demonstration of strength, increased combat readiness or relocation to the “critical” areas, broadcasting disinformation, spreading panic rumors and sentiments, imitating the unacceptable, not tolerated by the society, actions of the military personnel, police, and the security services”.

The Western counterpart of the “reflexive” approach is a famous perception management theory.  Documents of the United States Department of Defense define “perception management” as actions taken against “foreign audiences”. It constitutes a substantial difference between their view and the one of their Russian colleagues. Kremlin actively applies reflexive control techniques both geopolitically and internally – to influence its own population. Moreover, American approach implies that the opposing side is also a subject, while the Russian military talk about it as an object. Technologies of reflexive control are implemented regardless of the state of relations with a country. It means that those considering themselves to have a good relationship with Russia are targets of reflexive control special operations as well.

Going through the works of American authors one may see that “perception management” is often discussed in the same context as “strategic communications” and “public diplomacy”. Therefore, American approach is much more focused on the “soft power” elements and less so on the aggressive subversion. FBI has been for years including “perception management” into the list of 8 “key threats” to the national security along with terrorism, attacks targeting critical infrastructure, and espionage.

“At the tactical level, Perception Management can be as simple as a soldier understanding the cultural mores and political climate enough to remove his sunglasses when interacting with local civilians, thus countering the perception that American soldiers are soulless robots to be kept at a distance.”

“The Lebanese Hezbollah organization was able to achieve profound psychological effects by allegedly posing dead women and children at the site of a previously struck military target, claiming that the innocents were purposely targeted by Israeli warplanes. By manipulating complicit media to broadcast footage of the allegedly staged event, Hezbollah was able to use the global media as a combat multiplier, resulting in worldwide questioning (if not condemnation) of Israeli air attacks”.

British researcher Phillip Taylor to a great extent equates “perception management” with propaganda in his book “Munitions of the Mind”. Still, for many people “propaganda” carries dramatically negative connotations, which is why it is often avoided. Taylor (and Martemucci refers to him) argues that propaganda is a value-neutral term defined as a “process of persuasion, aimed at the benefit of an initiator”. By the way, the United States Department of Defense supports the claim on neutrality, defining propaganda as “any form of communication in support of national objectives designed to influence the opinions, emotions, attitudes, or behavior of any group in order to benefit the sponsor”.

Opportunities for reflexive control have grown along with technological development, social media in particular. Hybrid Warfare Analytical Group of Ukraine Crisis Media Center had an opportunity to observe this via Telegram – when Ukrainian political leadership adopts decisions based on disinformation spread by the Telegram channels.  It is of special importance before and after elections.

Still, the most relevant and the most dangerous element of reflexive control targeting civilian population is exhaustion and demoralization.

Importance of psychological games is discussed in this particular regard in the abovementioned Russian journal “Military Thought”. Definition is the following: “Psychological games are a form of interaction between subjects and objects of control [meaning the aggressor and the victim – author] within the framework of established and recognized rules”. Among the several listed games two have caught my particular interest: game “disorder” and game “absurdity”. Both are aimed at creating chaos throughout the constant feeling of injustice. And it’s worth to note here that these quotes are not from Eric Berne’s famous book “Games People Play”, but from what is practically a textbook for senior military leadership of the Russian Federation.

Many examples of such influence can be easily found in the modern history of Ukraine. I’ll discuss just the two of them, where Russian scenario played out perfectly.

2014. Ukraine, Ilovaisk. Russian media report en masse that Ukrainian units are surrounded. The term “encirclement” spills over from Russian media to Ukrainian ones, and then it is voiced by Ukrainian politicians. Families and friends of the Ukrainian soldiers call them and encourage to run, to leave the position and to disregard the orders. Chaos in the information field weakens Ukrainian side. Situation spins out of control, and Russian troops, after having provided the corridor to leave, massacre close to 300 Ukrainian soldiers.

2020. Ukraine, Novy Sanzhary. The locals receive letters and messengers seemingly from the central authorities, informing them that COVID-19 infected persons are being transported to their village from China. Fear of the unknown deadly disease leads them out to the streets, where they aggressively attack the buses with evacuees, throwing stones at them. The whole world broadcasts the pictures of violent, uncivilized reaction of Ukrainians to the innocent people. Russian actors spread this massively, amplifying the Russian narrative on Ukraine as a weak, undeveloped, institutionally incapable state.

In both cases aggression and the feeling of ultimate injustice were directed at ourselves, not at the enemy. This goal of such operations is also often discussed by the Russians. On both occasions Ukrainian society was convinced that political and military leadership of the state is the source of the problem, while it was actually a victim of reflexive control, just as the rest of society itself.

Chaos is achieved with the constant information pressure, domination of negative news and politization of all the areas of lives.

It undermines trust to the institutions and provokes conflicts inside the groups. The more fragmented this struggle gets, the better for adversary. It is especially easy to achieve in the current conditions of Ukraine, where external Russian aggression is combined with the internal standoff between pro-Russian and pro-Ukrainian forces.

Constant fight for justice at all fronts results in the feeling of defeat and despair, which, in turn, paralyzes the ability to counteract. The winner here is the one who managed to allocate their strength correctly and didn’t give up at yet another “treason”. Therefore, at the personal level, when everything appears to be in flames, it is important for each and every one of us to stop and think who might be behind this; and at the state level – to study opponents as consistently as they study us. Ukraine indeed lacks resources for offensive operations, but using the reflexive control techniques it is quite possible to catch the aggressor off guard in his domain.