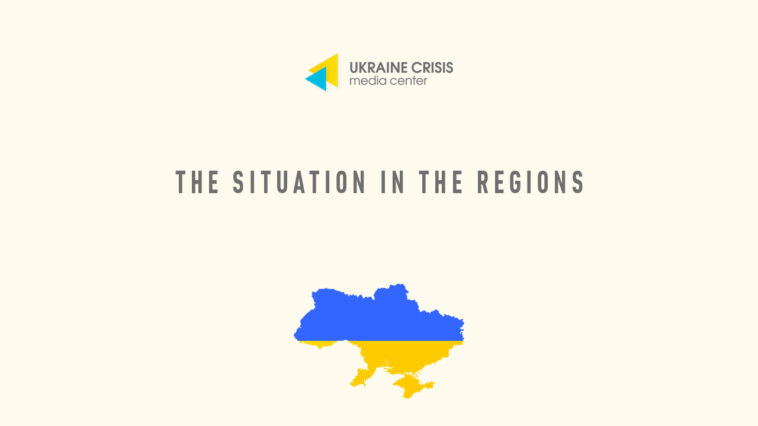 In the Donbas, the occupiers are increasing the intensity of the shelling. At night, the Russian Federation fired on Kramatorsk. The situation in the Kherson region remains difficult. The regions are overcoming the consequences of the evening missile attacks.

The military-civil administrations reported the situation on the morning of May 5.

On the evening of May 4, the air defense shot down a missile over the Brovary district. As a result of the falling fragments, the bush and reeds caught fire. There were no casualties. There was an air-raid siren at night.

There were two missile attacks in the evening. One rocket was shot down, and another hit the railway infrastructure. There is destruction. There are no victims. There was an air-raid siren at night, but it was calm in the morning.

Approximately after ten o’clock in the evening, there was a missile strike on infrastructure objects. According to preliminary information, there were no casualties.

The day before, at about 10 p.m., the air defense near Cherkasy shot down two missiles. No one was injured. From evening to morning there were air-raid sirens.

There were several shellings on the outskirts of Kharkiv at night. No one was injured.

An 11-year-old boy was injured in the shelling in the Lozova district. One person died in the Balakliia district.

In the past day, there have been seven heavy artillery shellings of Sievierodonetsk, seven more of the Popasna and Hirske communities, and four of the Lysychansk community.

2 residential buildings in Novodruzhesk and several in Lysychansk caught fire at night. 5 civilians were killed.

The situation is difficult but controlled by the Armed Forces. The occupiers are increasing the intensity and strength of the shelling. On May 4, the center of Avdiivka was hit by air missiles. At least 15 houses and the premises of two gas stations were damaged.

On May 5, at 4 a.m., air-to-ground missiles were fired on Kramatorsk, as a result of which 9 residential buildings and the School No. 2 were damaged. Twenty-five civilians were injured in the shelling. Of these, 20 were treated on the spot, and 5 were sent to the hospital.

In the evening and at night there was periodic shelling of Marinka and Chasiv Yar, Bakhmut district. 17 houses were damaged, and one civilian was found dead.

The situation in the region remains difficult. Explosions and shelling are sound all the time. The occupiers continue fighting and looting in the Kherson region. The critical situation in the occupied villages remains.

In the evening one of the neighborhoods of Mykolaiv was shelled from MRLs. Residential buildings and gas pipes were damaged, and the contact line of the public electric transport was cut off. As a result of the shelling, 4 fires broke out. According to preliminary information, one person was injured.

🟢In other regions of Ukraine, the night passed relatively calmly.