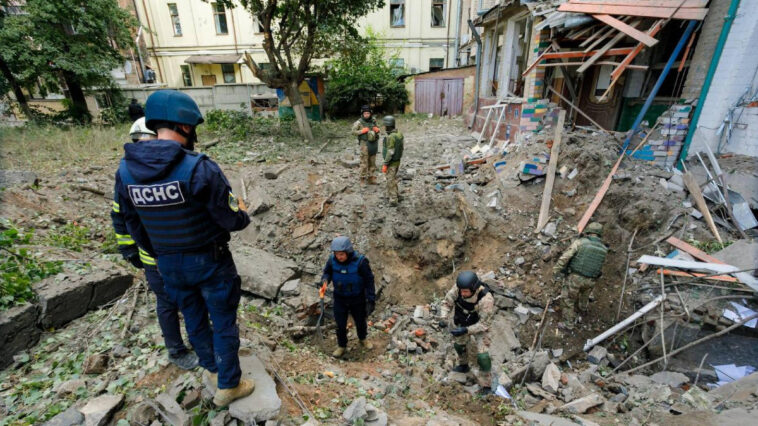 On the morning of September 6, the Russian army shelled Kharkiv, in particular, the Kyiv district. This was reported by Oleg Sinegubov, head of Regional Military Administration.

As a result of the missile attack on the center of Kharkiv, two missile arrivals were recorded, previously from the S-300 air defense system. One of the rockets hit the roof of a 5-story residential building, completely destroying three floors.

The second rocket hit the courtyard of the administrative building. Previously, no one was injured.

“The strike was carried out at approximately 9 a.m. with the aim of harming as many civilians as possible. After all, at this time, many people are on the streets, getting to work. This is another shameful war crime of Russia!” – the head of the RMA is indignant.