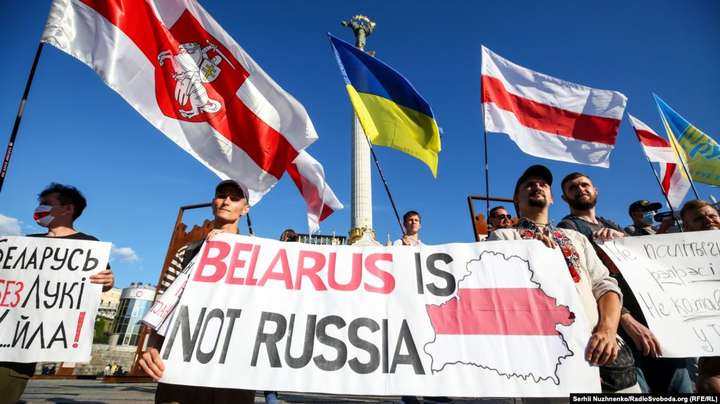 Putin says Russian intervention in Belarus is a possibility. The President of the Russian Federation, Vladimir Putin said a reserve law enforcement force was formed in Russia, ready to be deployed to Belarus, if needed.

In an interview to “Rossiya” TV channel and “Meduza” online media, Putin said: “The Union Treaty and the Collective Security Treaty have articles stating that all member states of these organizations including the Union State, and its member states are just two: Russia and Belarus, have to mutually help protect sovereignty, external borders and stability.”

“Based on that, we have commitments for Belarus. That’s what Aleksandr (Grigorievich) Lukashenko has asked for – he would like us to provide the necessary assistance if needed. I told him that Russia would adhere to all its commitments.”

“Aleksandr Grigorievich has asked me to form a reserve force of law enforcement personnel, and I did so.”

“We also agreed that it will not be used until the situation gets out of control, and until extremist elements using political mottos as a cover, cross the line and start looting – setting vehicles, houses and banks on fire, seizing government buildings etc.”

“We agreed with Aleksander Grigorievich (Lukashenko) that there is no need to use it now, and I hope there will be none, so we are not using this reserve force.”

To remind, on March 1, 2014, following the protests known as the Revolution of Dignity, Ukraine’s fourth President Viktor Yanukovych appealed to Vladimir Putin asking for assistance. Russia’s Federation Council approved the motion of the President giving the green light to the intervention of Russian troops in Crimea.

The Kremlin made use of Yanukovych fleeing to the Russian Federation, seizing Crimea and starting a war in eastern Ukraine. Since then, Russians have occupied the peninsula as well as parts of Luhansk and Donetsk regions through its proxies.

Ukraine’s official position on the situation in Belarus. Ukraine has halted preparations and actual meetings with Belarus officials following the developments in the neighboring country, Foreign Affairs Minister Dmytro Kuleba confirmed at a press briefing in Kyiv.

“We would normally be making countless official contacts at all levels – in the ministries and state agencies. It used to be a usual practice. We are putting all these contacts on hold until the situation in Belarus becomes stable,” the Minister said.

At the same time, Kuleba reassured that severing diplomatic ties with Belarus is not currently on the agenda. “There are no reasons to cut diplomatic relations now. The Ambassador of Belarus proceeds with his work in Ukraine,” the Minister said.

Kuleba also commented on the possibility of Ukraine to impose sanctions on Belarus. He reminded that Ukraine supports EU’s policy and approach. Thus, Ukraine has joined the EU’s previous statement on unfair elections. However, Ukraine has not decided on the sanctions.

“When the EU rolls out the sanctions, we will decide accordingly,” he added.

Kuleba emphasized that, from Ukraine’s perspective, the election process in Belarus had “considerable drawbacks” and “fell beneath the general standards.”

“We support the idea that honest and fair elections would give answers to many key questions in Belarus,” the Minister said.

How can international community help Belarus? Part of Ukrainian MPs have a far more radical position on the situation in Belarus. Thus, they’ve established an inter-faction group “For Democratic Belarus”. Speaking at a press briefing at Ukraine Crisis Media Center, the group leader, MP Oleksiy Honcharenko (“European Solidarity”) said that the government of Ukraine has to put forward a clear position and not recognize the election results in Belarus.

“Lukashenko is a direct threat for Ukraine, he is a vassal of Putin. A hybrid Anschluss is now unfolding in Belarus, on television Russian propagandists took over from Belarusian journalists that resigned. We demand that Zelenskyi cancels his October visit in Belarus,” MP Honcharenko said.

“There is nothing to expect from Lukashenko. The international community has to put pressure on Putin. Our inter-faction group has filed a draft parliamentary statement on non-recognition of the Belarus elections. Our Parliament cannot stay silent. The President did not include it the agenda of the session that he called,” the MP added.

“We are the state that could now be leading the settlement of the situation in this part of the world, particuarly, that of our neigbor, Belarus that depends on Ukraine in many ways – economicaly and politically. Instead we took a waiting stance. What are we waiting for? We are the ones who understand best what is going on. From our experience, we know best what the path towards authoritarianism and dictatorship is like.  We know best what stability and control of the border is.”

“I was hoping for swift statements. Instead, we hear the Foreign Affairs Ministry of Belarus insulting the President of my country. We were building these relations for decades. It is unacceptable,” the diplomat said.