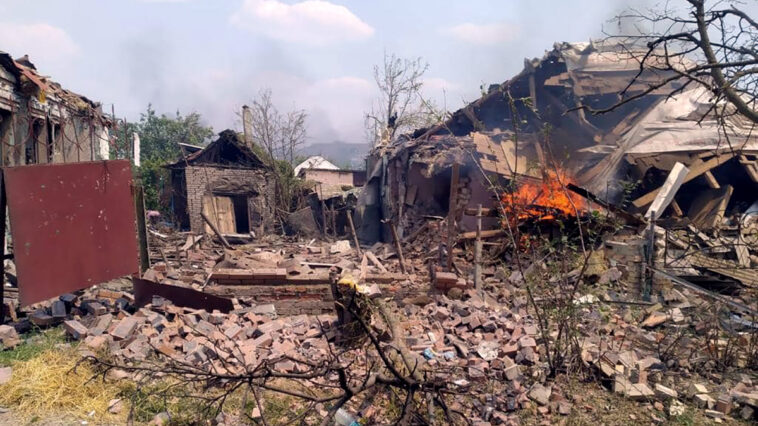 © Vadym Lyakh, the head of the Slovyansk Regional Administrative Center

As a result of yesterday’s Russian shelling of the city of Slovyansk, 6 civilians were killed, including a ten-year-old girl.

Another 19 people were wounded, announced Vadym Lyakh, the head of the Slovyansk Regional Administrative Center.

According to him, this was the largest shelling of Sloviansk. Various neighborhoods of the city were affected. Destruction in the residential sector and at communal enterprises – communal motor transport enterprise, trolleybus management, filtering station.

The Russian occupiers fired at the city from MLRS and used cluster munitions prohibited by international conventions.

The shelling of Ukrainian civilians and the civilian city infrastructure is another Russian war crime, another terrorist act. These terrorists should be stopped and brought to justice as soon as possible.