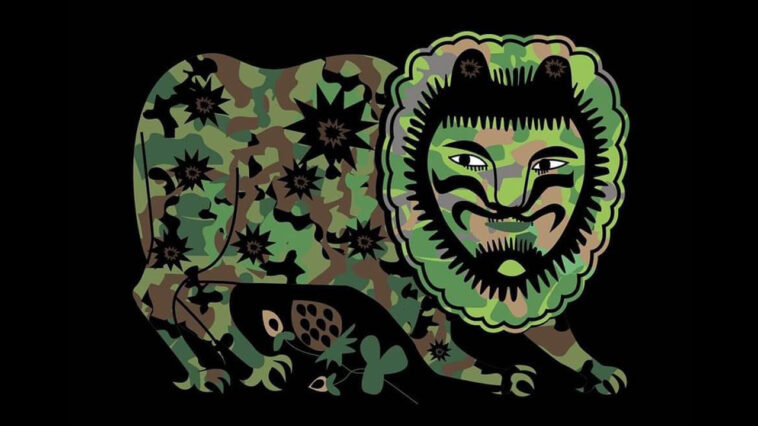 Ukrainian and international social media were entertained last week by the statements of Ms. Zakharova about Ukrainians refusing to “share the borsch recipe”. According to her it was the reasoning behind russia’s attack on Ukraine and an utterly extremist nazi behavior on the part of Ukrainians.

Truth be told, this statement of hers is far from being funny. And not as crazy as it may appear at first glance.

The key phrase of her speech is in its first sentence and goes like this: “Ethnics and culture first and foremost”. The fact that russia wages its fight first and foremost on the cultural front was discussed for many years by Ukrainian (and not only) artists, writers, philosophers and other men of art.

After all it is russian culture who serves a mystical grail containing the death of the ”russian world”.

A month of this terrible war, russia’s statements about “de-Ukrainisation”, genocide of the temporarily occupied territories, kidnappings of our children, which are being taken to russia, attempts to start educating the kids of Kherson oblast in russian language and with russian text books signify that this war is not about the territory of resources. This war is about destroying Ukrainian identity! The war to destroy our ethnics and culture which form this identity. It’s precisely this we were told by russia through the lips of Ms. Zakharova.

Why does Ukrainian ethnics and culture bother russians so much that they send thousands of their kids to die? Because they cannot come to terms with our differences. That we are not a “brotherly people”, not the same people, not a “common cradle”. Ukraine is a separate, independent country which has its national culture, its own baroque, its own modernism, its own avant-garde (which russia keeps attempting to call “russian”). We have our own classical music and architecture, our own contemporary art and music, our own myths, fairy tales. Even our religious icons are very different from the russian ones.

Moreover we have our own language and history. Russia was planning to assimilate all of the above in soviet union by rewriting history, art books, imprisoning and murdering our artists, writers, art historians, replacing our deans of of art academies and museum directors by their own KGB-ists.

By the way, I will hardly surprise you if I tell you that russia’s plan was to “take care” of our identity and move on to other identities of the peoples and countries in their reach.

For these reasons russia is a country of a well-formulated chauvinistic mindset where everyone around them are “khohly” (slang for Ukrainians), “narrow-eyed”, “pizzaiolos” and “japs”. Their russian people’s hands and Iscander weapons are itching to bring everyone to their “world”. This world is always one of barbarianism, terror and absence of the sewage system.

Since the soviet times we remember the notion of a “common borsch”. It means Executed Renaissance, annexation of our culture, appropriation of our cultural values, Holodomor (genocide by famine), numerous bans of Ukrainian language, assimilation, destruction of the national memory, etc.

After the soviet times the “common borsch” manifested itself in talks about “brotherly nations” and “common culture” which were just another way to illustrate the imperial mindset of russians, who force feed their singers, youth projects, its literature under the umbrella of “international”.

Russians aggressively push for their art curators, business coaches, educators, bloggers, publishers, monuments of Pushkin and the arches of Friendship of Nations.

They were deliberately creating a model where each and every one of our cultural figures were tied to Russia as a cultural metropolis and could only get their fame and riches on Russian territory.

Today we have a chance of completely changing this situation. Cultural isolation, which is waiting for Russia, can really lead to destruction of the matreshka country.

Just please, don’t save its culture! It’s a dangerous illusion. Just as the Russians had left piles of mines and traps in Bucha, they are setting mines up using th3eir imperial culture while repeating that “culture is outside of politics” and “what do we have to do with this?”.

The Ukrainians have no illusions to restore or normalize the life in Bucha without detonating all the mines the Russian soldiers left there. Equally the world should not have any illusions about building the new world order together with Russian cultural diplomacy as it had long become a cultural propaganda.