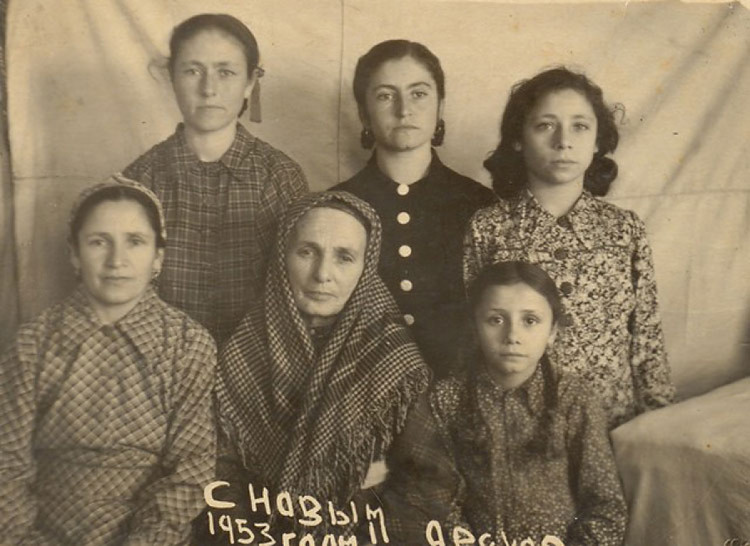 Russia’s vision of history more resembles tyranny in its extensive craving for control. Pierre Nora in his “Les Lieux de Mémoire” (“Sites of memory”) raises the problem of the gap between history and collective memory. In the case of Russia, the size of the gap is tremendous since memory is often being marginalized or even erased to meet historical fiction created by the means of imperial, Soviet, and Russian propaganda. Moscow has a long tradition of historical myths, and the one about “primordially Russian” Crimea is one of the most tenacious.

After the Russian empire won the war with Turkey, in 1774, the Treaty of Küçük Kaynarca was signed, proclaiming the independence of Crimean khanate from both the Sublime Porte and the Russian Empire – but the latest never withdrew its troops from the peninsula. At that time, Crimean peninsula was home to not only Crimean Tatars but also Greeks, Jews, and Armenians. To weaken Crimea economically and prepare the ground for its further inclusion in the Russian Empire, Russian Empress Catherine II started encouraging Christians of Crimea (who were mostly manufacturers) to leave the peninsula and move to Russian territories.

As a result, in 1778 році, over 30,000 Christians, mostly Greeks and Armenians – were deported to Azov governorate (guberniya) around modern Mariupol, now also occupied by Russians. This was done on the pretext of the “protection of orthodox Christians” from the “Muslim oppression” and once again proves that the actions of modern Russia are deeply rooted in its expansionist history. However, documentary evidence of those times indicates that they preferred to be “chopped with sabers” rather than leave their homes – but today’s Kremlin propaganda will never mention that. These actions finally led to the first annexation of Crimea in 1783. In 1897 the number of Crimean Tatars and the number of Russians became equal, and in 1917, the number of Russians exceeded – but the process was completely artificial, aimed to change the ethnic composition of the peninsula in favor of Russians.

Within the Soviet Union, the situation in Crimea was not much better. After the German occupation of 1941-1944 and liberation by the Red Army in 1944, the Soviet government continued the politics of Catherine II and forcefully deported over 200,000 Crimean Tatars from the Crimean peninsula to Central Asia (mostly Uzbek SSR). About 6,000 of them ended up in Gulag (Soviet forced labor camps). Under the cover of “punishment for collaboration with nazis”, the Soviet Union conducted one of the bloodiest and most violent deportations in human history.

Despite over 20,000 qırımlılar in the ranks of the Red army and only about 6% of Crimean Tatars collaborating with nazies (which correlates with such numbers in any other indigenous nations), the Crimean Tatars became the most demonized minority. The general number of “collaborators” and “deserters” has been systematically overstated to fix the image of “people who betrayed their Homeland” and justify the horrible crime of deportation.

However, the Soviet Union could be called anything but home to any people, so that myth was just another reason to justify the Russian colonization policy. After the repatriation, these people found themselves in a position as the minority in their land. Calling them “Tatars” instead of “Crimean Tatars”, the Soviet tradition did everything possible to blur the identity of the most numerous indigenous people of Ukraine, trying to mix them with other Tatars and erase their collective memory.

The stamps of colonialism

Despite all the efforts of Russian propaganda to portray the transfer of Crimea to the Ukrainian SSR in 1954 as a “gift”, it was motivated economically and geographically, and recognized by the global community, despite the barbarian Russian occupation in 2014. Russia’s fictional “sacral mission” to “save the Russian-speaking population” is nothing else than a messiah complex, which they use to cover war crimes, massacres, and genocides in different parts of the world.

The concept of “primordially Russian territories” is in fact a classic imperialist narrative, and Russia has been using it for centuries to legitimize the systematic politics of oppression, assimilation, and terror. As it happened three centuries ago, Russian occupiers are still being awarded with commemorative medals for annexation of Crimea so the stamps of imperial propaganda remain the same, and the colonizers who banished the indigenous people from their land are still trying to dictate their own rules to the world.

To explain its barbarism, Russia uses all the elements of orientalism as described in Edward Said’s “Orientalism” to control the colonized, representing the culture of Crimean Tatars as both exotic and uncivilized, anchored in tradition of the past, which was successfully modernized by Russian empire. Orientalism is also manifested in positioning Crimean Tatars as “others”, “aliens” in Crimea and stealing their homeland. For at least three centuries, Russia has looked at Crimea through the prism of orientalism. However, this time economic sanctions, non-recognition of the whole civilized world, and constant international pressure will not let Russia cement its colonial ambitions.