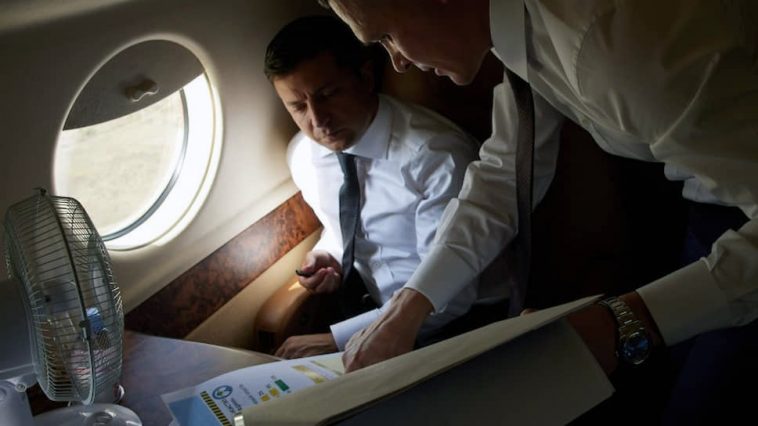 Ukraine launches the International Office to Counter Disinformation and Propaganda. It has been announced several times by President Volodymyr Zelensky, Andriy Yermak [Head of the Presidential Office] followed with an attempt to lay the ground for European community with an article on Ukraine being at the frontline of information war – and now it’s a topic discussed by

Countering disinformation on a state level is a highly interesting and almost conspiratorial issue itself. It resembles a Bigfoot: it’s been discussed for years, some have spotted or heard something, but there is no recorded evidence of its existence.

Remarkably, news of the center reached me from my colleague in Brussels, who asked “Your President’s Office initiates such a project; what are your thoughts on this?”.

I had no other choice but to diplomatically say that enhancing institutional capability of the state in this aspect is a right thing to do, but what functions this center will have and who will implement them yet is under question.

Idea of such an institution has been in the air for a long time, since the former President had held the office.

One of the concept options was the establishment of a Center for Resilience Development, where countering disinformation would have been just one of the functions. Although resilience is a rather broad definition, it is precisely the one a growing number of NATO member-states rely on in a context of hybrid threats. Resilience stipulates establishing a response system for various challenges: from forest fires to an explosion at the ammunition storage.

First and foremost, it deals with protecting key infrastructure, providing cybersecurity – including countering information threats, which have to be evaluated along with other challenges and not in a separate way.

In order to enhance resilience, we must have a very clear evaluation of the current threats first.

This demands a thorough modeling of the possible crises: separately in different areas and regions. It’s a complex process, but it is the one used by countries that came to a realization: aggressor doesn’t necessarily need to send in the tanks to capture them.

Apparently, this idea was too complicated and unclear in terms of implementation for the Ukrainian government, so it decided to limit itself with countering disinformation. It seems that the major advocate of this approach is Andrii Yermak.

The most similar field-oriented center may be found in Latvia – NATO StratCom COE. It is a strong expert institution which conducts research, organizes annual conferences, develops trainings in strategic communications for the states’ high authorities and, in general, does its best to generate new discourses in the framework of this topic.

One has to recognize that Ukraine indeed has unique expertise when it comes to the issue of information attacks, and our professionals have the most practical experience both in identifying hybrid influences (disinformation in particular) and in countering them. It would be odd and, frankly, rather puzzling for many of our Western partners not to create a powerful international platform of our own.

Still, it is worthwhile to note here that this expertise mostly lies with the third sector, which has been researching – both in qualitative and quantitative form – disinformation for these past 6 years. Unfortunately, National Television and Radio Broadcasting Council of Ukraine, NSDC, Ministry of Culture, which has the mandate for countering disinformation, haven’t impressed with significant achievements so far, aside from the ban of Russian social media and TV-channels.

The Leviathan of Medvedchuk’s channels, where calls for the overthrow of the constitutional order are made along with promotion of the narratives on external governance and civil war in Ukraine, don’t just keep functioning. They expand with the launch of regional media.

On the other hand, organizations such as StopFake, to which Facebook reached out with fact-checking; Detector Media that monitors disinformation in Ukrainian media; Internews Ukraine conducting solid research of Russian social media and creating explainers on Ukrainian history; VoxCheck with thorough analysis of veracity behind the words of Ukrainian politicians; Euromaidan Press with SurkovLeaks, one of the most brilliant pieces of research on Kremlin’s meddling into Ukrainian affairs;  InformNapalm that has created so far the only online data-base of Russian troops; Texty.Org.Ua working with big data and explaining in a simple manner how Russian propaganda works; Ukraine Crisis Media Center with research on Russian narratives and regular monitoring of disinformation – all of them lead a systemic and effective fight against fakes and malign manipulative narratives on Ukraine. Asking these organizations whether some of them have been involved in concept development or at least consulted with, was my natural response to the news on launching the Center.

It turned out, none of them were reached out to.

The state yet again makes what looks like its favorite mistake, which long should have left a painful mark the size of the threat imposed on national security by disinformation.

Government once more attempts to establish something it has no knowledge of and ignores the experts in the field.

“Experts” implies not the “effective managers of Yanukovych era”, but those who have been consistently working in the best interests of Ukraine in the last years, clearly stating their position and disclosing their financial sources.

Back in the time it was a mistake made by Poroshenko in the last years of his presidency, when interest towards civic society severely declined.

As early as then certain government representatives started voicing what would, with Zelensky coming to power, solidify as a narrative on “Soros-offsprings” – an attempt to discredit the civic society.

Still, the current situation is somewhat different, since the project is designed as international. It’s one thing to talk about “Soros-offsprings” and reptilian conspiracies while sitting in the comfortable chairs at the studios of oligarch-controlled channels, but a narrow circle of international experts on information war who are interested in Ukraine knows very well who really commands the topic.

“Why does no one talk about this? It’s the first time I’ve heard of it!” – one of the ministers in Zelensky’s first government exclaimed after we presented the research on Russian propaganda to him. This research made by UCMC was previously discussed by The Washington Post, Le Monde, Daily Mail and we had an opportunity to present it at Pentagon, PACE, European parliament and a number of other European institutions.

Here lies the big problem with Ukrainian authorities. They surround themselves with people who have no suitable knowledge and skills

That’s why we have Syvoho with a whole set of psychedelic Russian conspiracies and a new spokesperson of Ukrainian delegation to the Trilateral Contact Group Arestovych, who publicly boasts about his acquaintance with a Russian ultranationalist, one of the ideologists behind Russian-Ukrainian war Alexander Dugin.

“Shady people” are the words that may increasingly be heard from our foreign colleagues when it comes to Ukraine’s internal policies. The only area where Ukraine is still represented with dignity, where shady people haven’t become a dominating force, is foreign affairs.

Fortunately, disseminators of Russian narratives in this field face difficulties due to the language barrier. They rarely command other languages than Russian.

In the end we have to acknowledge that governmental institutions with access to the international audience are best at cooperation with the civic society. It’s no coincidence that of all government it was only MFA who publicly protected the StopFake team, when Kremlin accused them of being fascist.

Moreover, dismissing the third sector government goes down the path of great temptation. Countering fakes may end up going hand in hand with suppressing freedom of speech.

And we don’t know whether the government will be able to withstand this temptation.

To get ahead of the accusations that Ukrainian NGOs were not invited to seize the positions of power, I have to say that in the current situation that would be a questionable achievement. Social ladder has been working in such a dynamic way and in both directions that risks overweight the benefits.

Still, last I checked, dialogue and cooperation should be inevitable if the government actually sets a task of countering disinformation and not of securing someone’s reputational benefits.