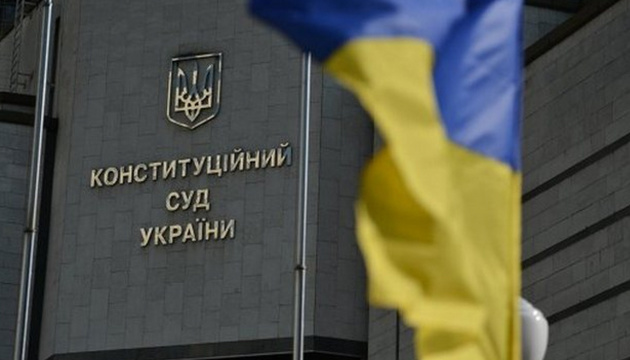 This week, the ruling of the Constitutional Court of Ukraine that deemed unconstitutional a number of provisions of the law on corruption prevention, made the headlines in Ukraine. The law does not allow to appeal the ruling that has jeopardized the entire architecture of anticorruption institutions seen as Ukraine’s major achievement in combatting corruption after the Revolution of Dignity. Ironically, this historic decision comes just a few days after the local elections and the nationwide survey dubbed “the President’s five questions” that asked if Ukrainians approve of life sentence for grand corruption. Ukraine’s civil society and experts are discussing the problem, the President called an extraordinary meeting of the National Security and Defense Council, while western partners are openly criticizing the court ruling. We take a closer look at what’s happening.

In a nutshell: what happened. On October 28, the Constitutional Court of Ukraine issued a ruling that deems unconstitutional a number of provisions of the Law “On corruption prevention” and criminal liability for introducing false information when declaring assets. Thus, electronic declaration of assets was actually cancelled on October 28.

Only four of the 15 judges spoke against the decision (including three judges appointed by President Poroshenko). As of this writing, only two of them – Serhiy Holovatyi and Vasyl Lemak, have publicly criticized the ruling, explaining in detail why it profoundly contradicts the European law and the ECHR’s practices.

Starting from 19:00 on October 28, the National Agency for Prevention of Corruption cut access to the state registry of asset declarations, as ordered by the court ruling.

Head of the National Security and Defense Council Oleksiy Danilov sent an indirect warning message to the Constitutional Court. He said that “decisions made by some state agencies pose a threat to the national security.”

What went wrong with the Constitutional Court’s ruling? The ruling violates Ukraine’s commitments under the IMF program and loan agreements with the EU, as well as the pre-requisites for Ukraine’s visa-free regime with the European Union.

The most dangerous thing about the ruling is that its content and the conclusions it gives do not match. While the Court ruled unconstitutional a number of highly important elements within the system that exercises control over the assets of civil servants, it provided no explanation for the decision it made.

The Court ruling contains over ten pages that describe legal positions on the principle of independence of the judiciary, while completely ignoring explanation and legal arguments behind the decision.

The explanation boils down to the statement that the asset declaration system puts independence of the judiciary at risk. In the logic of the Court, the price to pay to avoid that is the amnesty to all civil servants who have declared assets with violations.

Also, there is no explanation why the ruling deems unconstitutional open asset declarations as well as a number of powers and rights of the National Agency for Prevention of Corruption, and provisions on responsibility for corruption offences.

Who are the judges? Judges of the Constitutional Court will benefit from the ruling themselves. According to the e-registry that was still open on the day when the decision was passed, head of the Constitutional court Oleksandr Tupytskyi declared UAH 4.5 million (USD 157,746) of income last year. Back then, the National Agency for Prevention of Corruption had all grounds to hold him liable for not declaring a land plot in the Russia-occupied Crimea that he bought in 2018 and registered under the Russian law.

By annulling e-declaration of assets, Tupytskyi saved himself. To remind, Tupytskyi was appointed to the Constitutional Court by Viktor Yanukovych, he was elected head of the Court last year. His wife Olena Tupytska was an assistant to an MP of the “Party of Regions” between 2012 and 2014.

Who’s behind? The Constitutional Court got to the case following a request signed by MPs from the “Opposition Platform – For Life” (Opozytsiyna Platforma – Za Zhyttia) faction and a few MPs representing the faction “For the Future” (Za Maybutne). “For the Future” party is chaired by Ihor Palytsia, Kolomoyskyi’s long-standing ally.

MPs of the above factions do have grounds to fear. Thus, the family of MP Viktor Medvedchuk of the “Opposition Platform – For Life”, one of the signatories of the request to the Court, owns a yacht worth of USD 200 million, hectares of land along the coast in Bulgaria and two dozen real estate sites in Ukraine. These assets are missing from Medvedchuk’s 2019 declaration.

E-declaration of Taras Kozak, Medvedchuk’s ally and owner of pro-Russian television channels was also subject to thorough checks by the National Agency for Prevention of Corruption.

Besides, President Zelenskyi ordered to prepare a draft law seeking to “restore the trust in the constitutional court” (without specifying what that means) and submit it to the Parliament for immediate consideration. Prime Minister Denys Shmyhal said that the government and the Office of the President were already working on the draft.

The National Security and Defense Council also ordered to intensify the work of the Commission on legal reform under the President as well as speed up the submission of proposals on the judicial reform.

Finally, the State Bureau of Investigation summoned for interrogation the head of the Constitutional Court Oleksandr Tupytskyi on November 2.