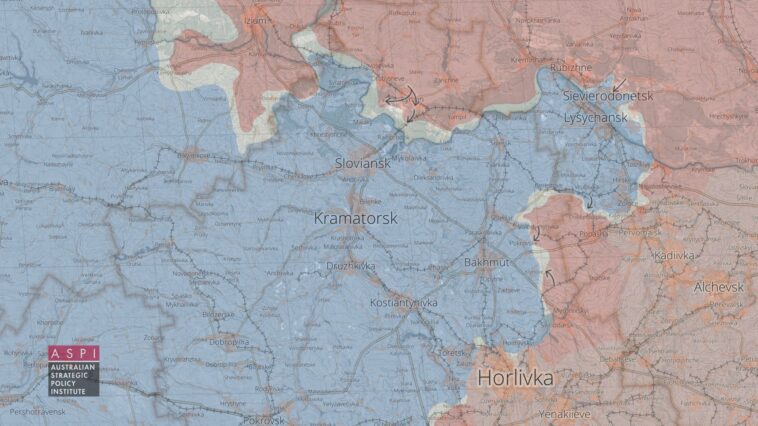 Russia’s artillery strike on Kharkiv kills nine. “Russia insidiously shelled Kharkiv. A strike hit Shevchenkivskyi and Kyivskyi districts, and Pavlove Pole. Nine civilians were killed, and 17 injured including a nine-year-old child,” head of the Kharkiv regional military administration Oleh Syniehubov said. On Thursday, air raid alert was declared seven times in Kharkiv and Kharkiv region. At 14:43, the regional military administration warned of an ongoing threat of artillery strikes on the city and region.

On May 26, Russian forces restarted artillery attacks on civilian infrastructure of Kharkiv and its suburbs, media reported. Ukrainian troops are forcing Russian artillery units out of range of Kharkiv region.

In Donbas, fighting at “maximum intensity”. Russia storms several Ukrainian positions simultaneously, Defense Ministry reported. “The situation remains difficult and shows signs of further aggravation,” Deputy Defense Minister Hanna Malyar said in a news conference. “Russia deployed all forces and weapons to seize our land and encircle our troops. Fighting is at maximum intensity. Russian troops storm several Ukrainian positions simultaneously. We have an extremely difficult and long stage of fighting ahead of us. We must understand that this is a war and, unfortunately, casualties on the Ukrainian side are unavoidable,” Malyar added.

The Ukrainian Armed Forces destroyed a Russian checkpoint on the Lysychansk-Bakmut road. “There were about 50 people. They secured positions for a while, and even put a checkpoint, but the gain did not last. (…) The checkpoint was destroyed, the troops forced back. Russian troops do not control the road. They shell it though,” head of the Luhansk regional military administration Serhiy Hayday said.

Ukrainian editorial boards respond to The New York Times’ opinion piece. Three months into the largest war in Europe since 1945, The New York Times Editorial Board published its opinion “The War in Ukraine Is Getting Complicated, and America Isn’t Ready”. NYT Board fails to understand the Russian war against Ukraine, here is why. Ukrainian media Europeiska Pravda responds. Here’s the full text in English.

Ukrainian English-language media The Kyiv Independent also published a response to the opinion piece. Follow the link to read the full text in English.

Russian war against Ukraine proved to be a serious test for the Ukrainian healthcare system. People with disabilities, particularly children, chronically ill people, those suffering from mental health issues – all of them have been, perhaps, even more profoundly affected by Russian aggression than other groups. Ukraine in Flames #77 is another episode on this vitally important topic.

Inna Ivanenko, Head of the Civil Control Council of the National Health Service of Ukraine