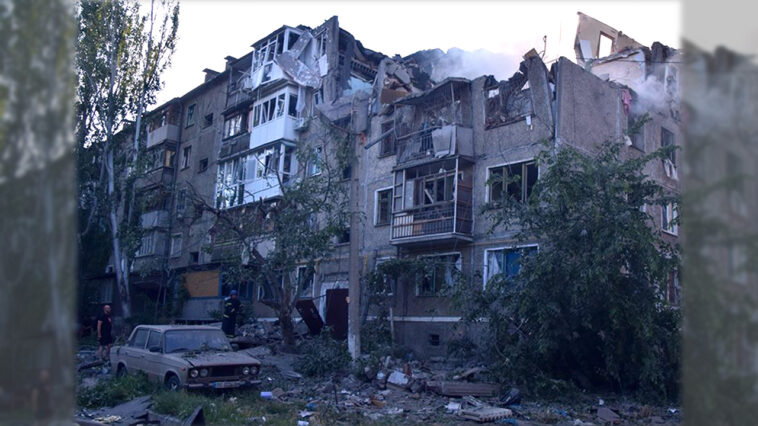 © the State Emergency Service of Ukraine

On July 1, employees of the State Emergency Service completed the search and clearing the rubble of the destroyed high-rise building in Mykolaiv, which was hit by a Russian missile on June 29.

At night, during search and rescue operations, the body of a man – the eighth victim of the Russian terrorist attack – was found under rubble in the stairwell.

Currently, rescuers are helping citizens to evacuate surviving property from apartments. The work is carried out with the help of special and heavy engineering equipment, as well as stairwells, where the safety situation allows.

We will remind you that on the morning of June 29, Russian troops launched a missile attack on Mykolaiv – a four-story residential building was hit. Apartments in one entrance from the second to the fourth floor were destroyed.

As a result of the Russian terrorist attack, 8 people died, 6 were injured.

This was reported by the State Emergency Service of Ukraine.

Another missile hit the garage cooperative: 15 garages with cars were also destroyed. A fire broke out at the scene.

After the missile hit the four-story building, it was initially reported that 3 people died and 5 were injured but during search and rescue operations, other victims of Russian terrorists were found – in total, 8 people died, and 6 were wounded.