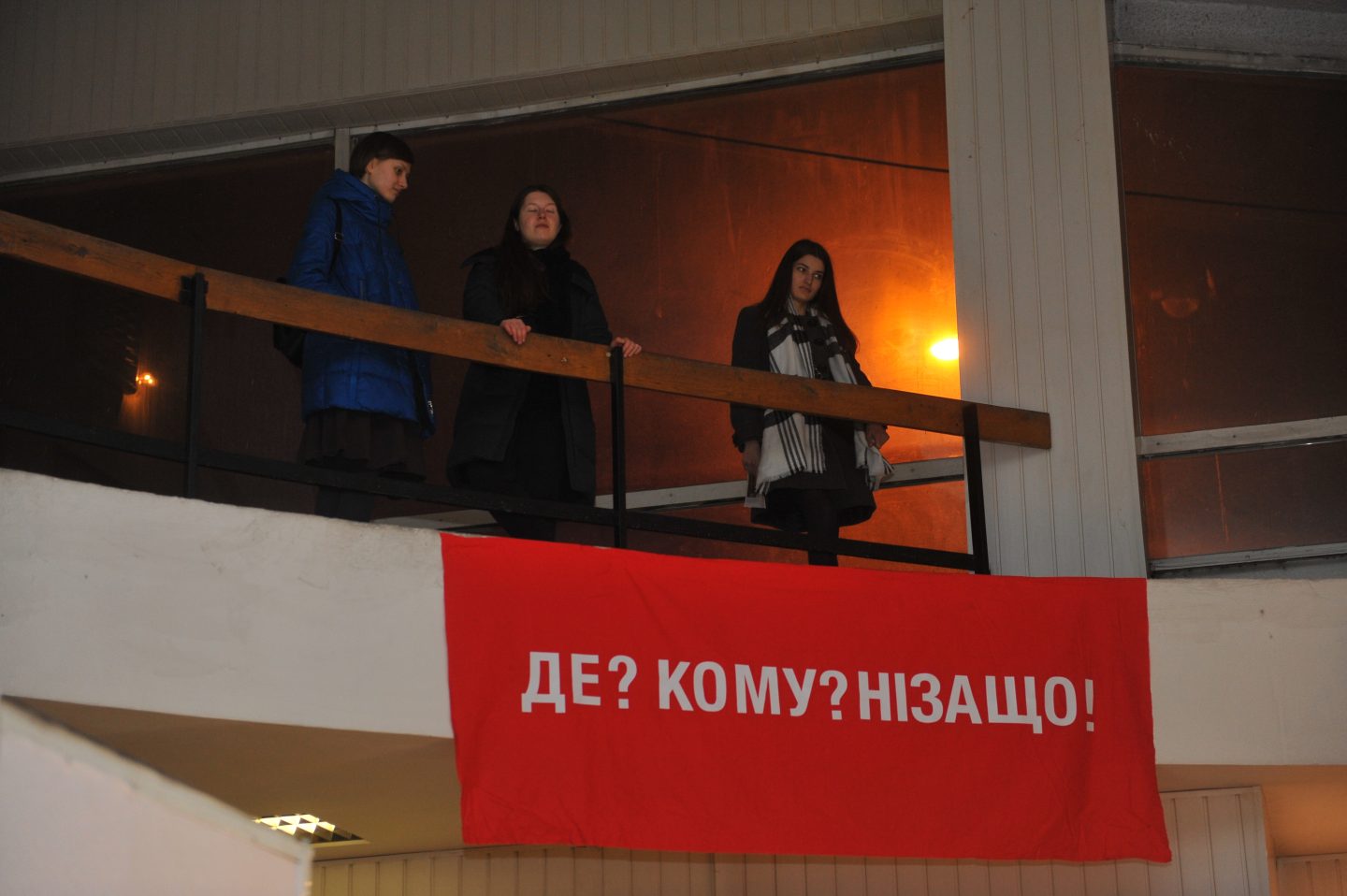 Art exhibition “DE NE DE” presenting artists view of decommunisation process in Ukraine and its consequences opens at the Ukrainian Institute of Scientific, Technical and Economic Information (“Plate on Lybidska”) at 6p.m. on January 29.

Decommunisation laws adopted in May 2015 led to the disturbance of civil society and provoked a wave of active processes aimed at reconsidering ideological clichés and the need for an objective look at historical processes. Self-organized group of artists and activists initiated a number of creative events, resulting from discontent caused by the manifestation of populism on the part of authorities and public institutions, which impose another ideological directive on society.

Working on these problems in different territories, artists have created a series of artistic expressions that show a wide range of interpreting both the concept of “decommunisation” and the processes that accompany it. The exhibition is not a joint project of artists and not subject to a definite structure of general statements, but is an expression of their own positions on the shared territory, as a metaphor of “public gathering”. The exhibition will showcase works of over 30 artists from different cities of Ukraine, including those created on the results of work in Vinnytsia, Slovyansk, Severodonetsk and Mariupol.

In August 2015, Vinnytsia hosted the Cultural and artistic residence “NadBohom” (Boh is the historical name of the Southern Bug. The main purpose of the residence was to create a critical field for discussing and reconsidering “decommunisation laws” in Ukraine. The residence was held at the cinema “Russia”, located on the banks of the Southern Bug. The most typical cinema and concert complex of the 60s in Vinnytsia was the personification relic of the Soviet heritage – useless building in the city center, which is gradually destroyed. Project participants turned the neglected place into an open workshop and an active public space for 10 days. Artists presented their variants of creative reconsidering of decommunisation process at the final exhibition. After the Vinnytsia residence, part of the artists went on the expedition to the east of Ukraine (Slovyansk, Severodonetsk, and Mariupol) within the “De” workshop, and conducted artistic research on decommunisation processes in post occupation cities.