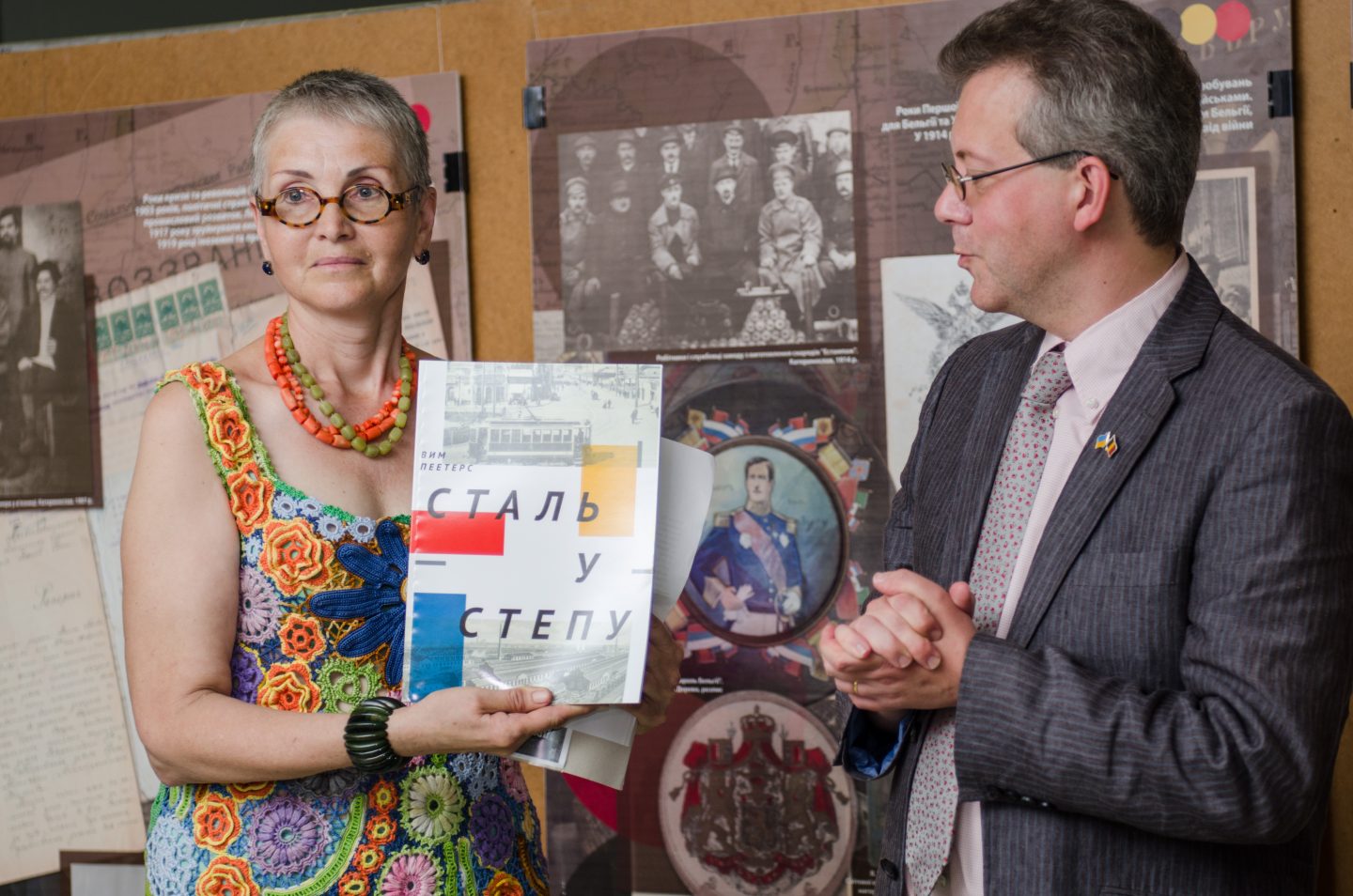 Idea: The research ruins the myth on Soviet industrialization of central, eastern and southern Ukraine. The project emphasizes European context in the history of region’s development that is under-researched and not wellknown these days. Mining and metallurgy of Ukraine’s Prydniprovsky (the area around Dnipro) and Donetsk area developed with the help of business capital and the experience borrowed from England, France, Germany and Switzerland. Belgian business capital was of particular importance; therefore Ukraine’s Prydniprovsky-andDonetsk area was called “Ukrainian Belgium”. Almost 250 historical documents and photographs dating back to those times are represented at the exhibition. They recreate this period important for development of Ukrainian regions in a vivid and convincing manner.

The exhibition displays shares and bonds of Belgian stock companies that operated in the governorate (so called “gubernia”) at that time and the accurate evidence of those events. The exhibition also presents photos collages of Belgian and Ukrainian enterprises, managers and founders of factories, quarries and mines. The photos capture giant metallurgic plants with blast furnaces, quarries, mines, products of factories and surely the photos of workers including metallurgists and miners.

The exhibition is accompanied by educational excursions and lectures.

Next countries of research are England, France, Germany and Switzerland.