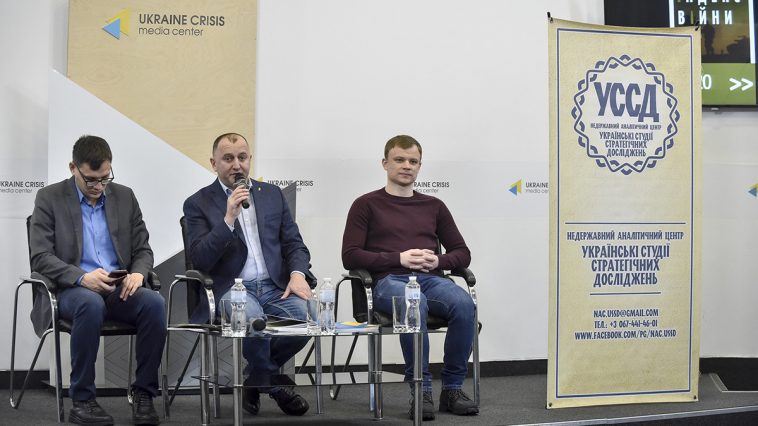 Experts of the Non-Governmental Analytical Center “Ukrainian Studies of Strategic Research” presented the monitoring project of military conflicts around the world called “War Index” at the press center of Ukraine Crisis Media Center. The research that the think tank conducted for the second time, looks into interstate wars, diplomatic confrontation, and everything that’s in between. Let’s see where Ukraine stands in the world conflict typology, and how intense the warfare in Ukraine is, compared with other wars.

What is the War Index? “In order to conduct the War Index research, we monitored all conflicts, disputes, diplomatic confrontations, and tensions happening around the world throughout the year. We then ranged them based on the methodology we’ve developed. Key is our projection. You can check our previous forecasts to see how accurate they turned to be,” said Yuriy Oliynyk, PhD in Political Science, head of research programs at the Non-Governmental Analytical Center “Ukrainian Studies of Strategic Research”.

The researchers suggest the following classification of wars:

– wars between a state and a coalition,

The above typology of military conflicts is not exhaustive, as there are also border disputes (local armed incidents), local conflicts, military coups, and terrorist acts (or guerrilla warfare, as seen from a different perspective). Finally, there are domestic political crises, tensions, political crises that can escalate following foreign intervention, diplomatic confrontations including trade wars and diplomatic conflicts, etc.

Military conflicts around the world analyzed. Director of the Non-Governmental Analytical Center “Ukrainian Studies of Strategic Research” Yuriy Syrotiuk said that military tensions mount globally. Throughout 2020, it seemed that the hot spots that flared up in the previous year, relaxed a bit. But as the world has been put on hold by the coronavirus pandemic, conflicts will be only festering.

According to the research, last year’s most intense war was the war in Karabakh that reshaped the situation in the region that was cemented in the previous 25 years. A similar status quo change occurred in Libya, where Turkey stepped up its presence in a bid to push Russia out.

In Yemen, nothing changed drastically last year. The conflict is partly frozen due to the coronavirus pandemic, but combat actions proceed. The conflict can flare up again, if external forces, like Russia and Iran interfere.

Warfare in Syria is also relatively frozen, and is in the background mode now. But the war, and separate military operations continue.

“The Russo-Ukrainian war is in its seventh year. Last year, we witnessed no intense combat actions, and the number of killed in action was small – 56 Ukrainian troops. We must admit that Russia has somewhat changed its tactics and strategy on Ukraine. Russia is bolstering non-military impact methods. (The proof to that is the fact that) in 2019, Russia succeeded to create its collaborationist faction in Ukraine and had some political achievements as Medvedchuk and his allies secured a number of parliamentary seats. Last year, Russia also expanded its presence as openly pro-Russian collaborationist forces secured seats in local self-government, and local factions. Where the Ukrainian army has once liberated its territory from the direct Russian aggression, pro-Russian forces now reign in local councils,” said Yuriy Syrotiuk, director of the Non-Governmental Analytical Center “Ukrainian Studies of Strategic Research”.

He added that Russia will exploit indirect political methods even more.

“Last year, the so-called Normandy process faded. Presidents of the member states did not meet in 2020. The format is dying out. As Angela Merkel is to step down, the situation will deepen. Today, the so-called Minsk format is negative rather than positive for Ukraine. Head of the Ukrainian delegation to the Trilateral Contact Group in Minsk changed – the second President of Ukraine Leonid Kuchma was replaced by the first President of Ukraine, former secretary of the Central Committee of the Communist Party of Ukraine Leonid Kravchuk. We remember the surprising statements that his first deputy Fokin made. Ceasefires that were announced changed nothing. The war continues at the pace chosen by Russia,” the think tank director is convinced.

The Russo-Ukrainian war proceeds, and pressure mounts. Russia actively bolsters its forces including the carrier strike group in the Crimean peninsula and military presence in Belarus.

Last year, the presidential elections were held in Belarus. Not a single European state recognized the election results as they were completely fraudulent. Russia used the election to bolster its presence and impact on Belarus, experts say.

Russia has formed a strike group. During the annual military drills called “West” (Zapad), Russia has been practicing the scenarios of direct military intervention into Belarus. Russia has undermined Lukashenko’s legitimacy in the eyes of the Euro-Atlantic community. Lukashenko is not recognized as the legitimate president. Similarly, the trust to Lukashenko was undermined from within. His only ally left is Russia. Meanwhile, the latter is drafting a scenario for a pro-Russian party to accede to power in a lawful way. This year, we’ll witness the “Anschluss”, this act of Russia’s hybrid war, the experts reiterated.

“After a pro-European president came to power, the pro-Russian forces attempted to amend the Constitution, and intensify cooperation with the Russian Federation. The presence of the Russian troops in Moldova remains unresolved,” the chief analyst proceeded. The think tank projects that Russia will try to use the situation in 2021 to its benefit aiming to expand its control of Ukraine, Belarus, and Moldova.

Wrapping up, the experts presented their recommendations to the Ukrainian government and Ukraine’s international partners advising them to pay closer attention to Ukraine’s key partners – Moldova and Belarus. These are the states on which regional security depends, the analysts concluded.