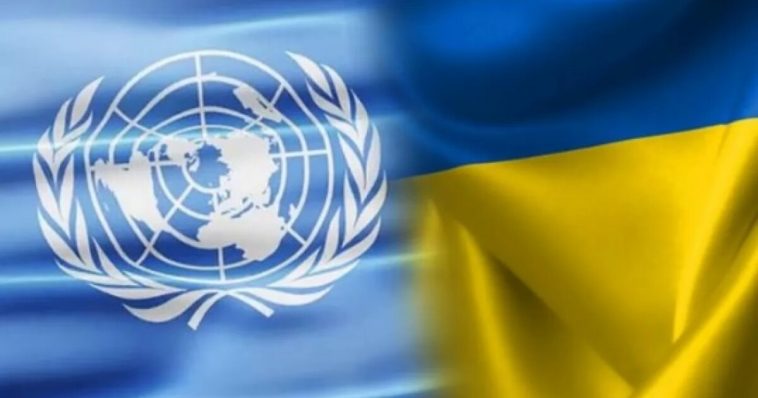 Last week, the situation in the combat zone escalated. On March 26, Russia-backed militants attacked the Joint Forces’ positions near Shumy. Four Ukrainian troops were killed in action, and two more were wounded. Ukraine’s Foreign Affairs Minister Dmytro Kuleba called on the international partners to condemn the escalation of violence in Donbas.

The Foreign Affairs Minister reminded the public that so far in 2021, 23 Ukrainian troops have been killed in the combat zone.

On March 28, Russia’s proxies violated the ceasefire 10 times, the morning report released Monday by the Joint Forces command reads. The incidents also include remote delivery of mines and an attack on a residential area.

In a joint statement, released on the occasion of the 7th anniversary of Russia’s military aggression against Ukraine, permanent missions to the UN of nearly four dozen member states condemned Russia’s occupation of Crimea and intervention in Donbas. The signatories of the statement include the U.S., the UK, Australia, Canada, Japan, a large majority of the EU member states, Georgia, Moldova, and Ukraine.

“Seven years ago, on 27 March 2014, the United Nations General Assembly by an overwhelming majority of UN member-states adopted resolution 68/262 ‘Territorial Integrity of Ukraine’. By this resolution, the international community affirmed, loud and clear, its full commitment to the sovereignty, political independence, unity and territorial integrity of Ukraine within its internationally recognized borders.”

“Despite the clear demands of the General Assembly, the Russian Federation has not stopped its temporary occupation of Crimea. On the contrary, it continues flagrant human rights violations and abuses, and military build-up on the peninsula,” the statement made available on the website of the Foreign Affairs Ministry of Ukraine reads.

Russia is a party to the conflict in eastern Ukraine, not a mediator, the statement underscores.

“Yet again, we urge the Russian Federation to immediately end its occupation of the Autonomous Republic of Crimea and the city of Sevastopol, and fully implement the relevant UN General Assembly resolutions on the situation in Crimea. We welcome in principle Ukraine’s initiative to establish an International Crimean Platform to consolidate the international community’s efforts on Crimea,” the UN member states concluded.

On March 24, President Zelenskyi endorsed the Strategy of de-occupation and reintegration of the temporarily occupied territory of the Autonomous Republic of Crimea and the city of Sevastopol. Zelenskyi signed off on a respective order, setting in motion the decision of the National Security and Defense Council of March 11, 2021

Ukraine will use the de-occupation strategy for Crimea as a lever to restore its sovereignty over the peninsula.

The document is also an appeal for the international community to join efforts to protect international law, and build peace and security in Europe.

The bill was drafted over the course of more than a year, a vast array of stakeholders provided input to the drafting process including the Mejlis, an executive arm of Crimean Tatars.

“(The Strategy) is the first fundamental document issued since the start of the occupation of the Crimean peninsula by the Russian Federation. It sets a clear roadmap for us to move towards de-occupation of Crimea,” the Secretary of the National Security and Defense Council Oleksiy Danilov said.

Ukraine’s Foreign Affairs Minister Dmytro Kuleba called the de-occupation strategy for Crimea a historic document. Not all the suggestions and amendments by the Mejlis were incorporated in the strategy, said Refat Chubarov, Head of the Mejlis.

Crimea is more than a local problem, said First Deputy Minister of Foreign Affairs of Ukraine Emine Dzeppar meeting journalists at Ukraine Crisis Media Center as part of their press tour agenda. Russia uses the peninsula as a base from which to project military aggression not only to the Black and Azov Sea region, but also to the Mediterranean region including North Africa and the Middle East.

That’s important as Ukraine contributes to food security. In addition to intense militarization of the peninsula, Ukraine raises concerns over the forced resettlement that redraws the demographic landscape of the peninsula. “Roughly 60,000 of our citizens were forced to move out of Crimea. At the same time, people from elsewhere are resettled in the peninsula. These are the military, civil servants, professors of Russian language and literature,” the First Deputy Minister elaborated.

President Zelenskyi’s job approval rating has slightly increased: some 24.7 per cent of Ukrainians would vote for him now, a small increase from early March (22.5 per cent). The results are of a survey conducted by the Sociological Group Rating.

The survey gives Ukraine’s 5th President Petro Poroshenko 13.9 per cent, a leader of the “Opposition Platform – For Life” (Opozytsiyna Platforma – Za Zhyttya) Yuriy Boiko 12.6 per cent, and the chief of “Batkivshyna” party Yulia Tymoshenko 11.8 per cent, if elections were held today.

The survey was conducted on March 23-24, 2021 across Ukraine but in the occupied territories of Donbas and in Crimea. The pollster conducted telephone interviews with a nationally representative sample of 2,500 adults, using a Computer Assisted Telephone Interviewing (CATI) system and a random sample of cell phone numbers. The sampling error is plus or minus two percentage points with a 95% confidence interval.

The third wave of the pandemic gains momentum in Ukraine. By the daily number of infections, Ukraine ranks ninth in the world and fifth in Europe.

Vaccinations. Since COVID-19 vaccine distribution began in Ukraine on February 24, 198,464 doses have been administered. One person has received both shots of the vaccine, rest have received a first dose.