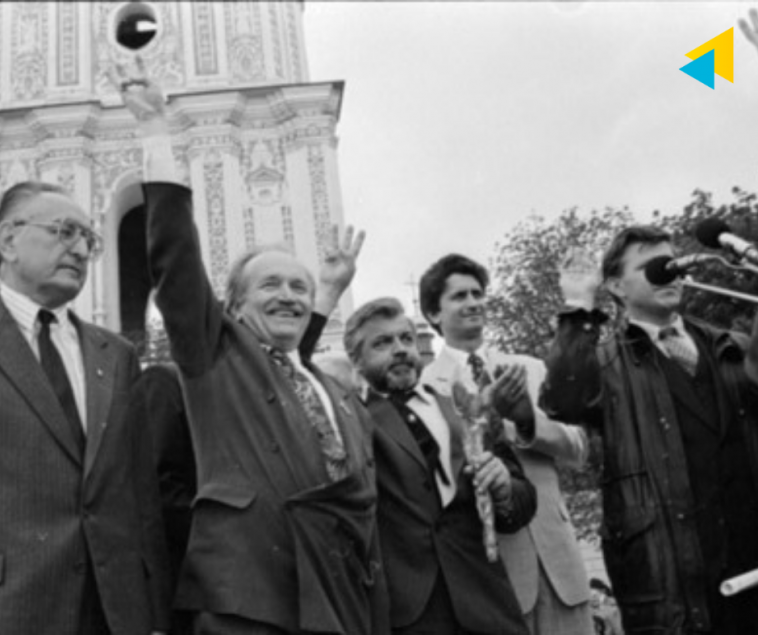 On June 28, Russia-backed militants violated the ceasefire twice, a Ukrainian serviceman was wounded in action, the Joint Forces command said in a morning report on June 29.

Diplomatic rounds: Merkel-Biden, and Merkel-Zelenskyi meetings. Donbas will be on the agenda of the Washington meeting of German Chancellor Angela Merkel and U.S. President Joe Biden on July 15, said the Ambassador of Germany to Ukraine Anka Feldhusen in an interview with “Dzerkalo Tuzhnya” (Mirror of the Week).

Ahead of her visit to the U.S., Merkel invited the Ukrainian President Volodymyr Zelenskyi to Berlin. “That’s a good sign,” Feldhusen said. The Ambassador confirmed that Nord Stream 2 is not the only point on the agenda. The meeting is to update the German Chancellor on Kyiv’s standing ahead of the talks with the US administration, the diplomat said.

June 28, 1996 marks 25 years since the Ukrainian Constitution was adopted. On the local political scene, it has been praised as the best in the world. Still, each President has tried to rewrite it to their benefit. Antagonism between the Parliament and the President has often come to the forefront. On a number of occasions, the country’s primary law was violated or manipulated.

Hromadske puts a spotlight on political battles around the Constitution, and amendments each President made. We take a look at the key developments since Maidan.

Poroshenko: strategic amendments. Commitment to protect the parliamentary-presidential form of government shattered by Yanukovych, and decentralize the government was at the core of Poroshenko’s presidential campaign in 2014.

Decentralization was also one of the points of the so-called “Minsk 2” agreements. “Ukraine commits to holding the constitutional reform and ratifying the new Constitution with decentralization as a key element by the end of 2015,” the paragraph reads.

In July 2015, President Poroshenko introduced a bill amending the Constitution on decentralization to the Parliament. As per the bill, transitional provisions of the Constitution say: “Local self-government in the defined districts of Donetsk and Luhansk regions is regulated by a separate law.”

Some 288 MPs voted to send those amendments to the Constitutional Court. Later, in August 2015, when the Parliament considered the bill again, a protest rallied outside. A grenade was thrown, killing four National Guard servicemen.

The bill failed to pass the first reading. It was withdrawn after Zelenskyi took office.

During Poroshenko’s presidency, the Constitution was amended on justice in 2016. In 2019, against a backdrop of the presidential campaign, the EU and NATO membership was cemented in the Constitution as Ukraine’s strategic goal.

Zelenskyi: turbo-charged lawmaking hits brakes. After Zelenskyi took office, he introduced a number of bills amending the Constitution to the Parliament.

The first bill proposed to limit the parliamentary immunity. It was not drafted by the Office of the President. Instead, Zelenskyi introduced the bill drafted under Poroshenko in 2017. In September 2019, MPs passed the amendments to the Constitution.

Further efforts did not advance. In late 2019, Zelenskyi introduced a bill amending the Constitution on decentralization of the government to the Parliament. It was presented as Ukraine’s commitment under the Minsk agreements.

“The Minsk agreements say that Ukraine commits to the constitutional reform based on decentralization. The Ukrainian side is committed to the agreements made,” said then Foreign Minister of Ukraine Vadym Prystaiko. The President withdrew the bill one month later.

Other bills that Zelenskyi introduced to amend the Constitution did not pass either. The amendments were set to end the attorneys’ monopoly, give the power to propose bills to people, and cut the number of the MPS to 300.

Belarus suspends its participation in the EU’s Eastern Partnership initiative, the country’s Foreign Ministry said on June 28. It came as a response to the sanctions that the EU imposed on Lukashenko’s regime after the Ryanair flight was forced down. Belarus will also bar from entering representatives of the EU institutions and nationals of the EU member states that “contributed to the restrictive measures imposed,” the Belarusian Foreign Ministry said.

Belarus also started the process to suspend the readmission agreement with the EU.

Ukraine’s reaction. Dmytro Kuleba, the Foreign Minister of Ukraine underscored that the people of Belarus remain part of the European family of nations regardless of their government’s decision. He also said Ukraine will continue to support them.

“One may announce the withdrawal from the Eastern Partnership, but one cannot escape geography. Belarusians have always been and remain part of our European family of nations. We will keep supporting them for as long as necessary to correct Oleksandr Lukashenko’s historic mistakes,” Kuleba twitted.

”Novoe Vremya” (New Times) magazine released the ranking of Ukraine’s 100 most influential people of 2021. Contrasting the de-oligarchization efforts of President Zelenskyi, Rinat Akhmetov ranks second. Medvedchuk dropped out of the top 50, while Firtash returned to the top 100.

Rinat Akhmetov ranks second in the list of Ukraine’s most influential people for the second year in a row. President Volodymyr Zelenskyi is on top of the list.

Akhmetov, owner of System Capital Management often cited as the richest Ukrainian, holds assets in the energy sector, metallurgy, finance, and media. President Zelenskyi’s de-oligarchization efforts, and the bill introduced to the Parliament did not change his position.

Former President, the leader of the “European Solidarity” (Yevropeiska Solidarmist) party and an MP, Petro Poroshenko also retained his position as the seventh most influential individual in Ukraine.

Viktor Pinchuk moved up one spot to rank eight. Founder of the EastOne Group that is a key supplier of wheelsets for the Ukrainian Railways and is actively exporting to the EU.

Meanwhile Ihor Kolomoyskyi and Viktor Medvedchuk dropped spots on the ranking. Kolomoyskyi, the former owner of Privatbank fell three spots and ranks ninth after the US imposed sanctions on him. The coronavirus pandemic hit hard the Ukraine International Airlines in 2020, while Dniproazot has millions of debts to gas suppliers.

Medvedchuk failed to retain his position in the top 10 and dropped to the 56th spot following the sanctions imposed by the National Security and Defense Council and the shutdown of the 112, News One, and Zik television channels formally owned by his ally Taras Kozak. The National Security and Defense Council also ordered to restore the state ownership of part of the oil pipeline privatized by Medvedchuk’s circle in 2017.

Vaccinations. In Ukraine, the vaccine rollout started on February 24, 2021. Since the vaccinations began, 1,912,469 people have received the first dose of a COVID-19 vaccine, and 589,362 people have been fully immunized.