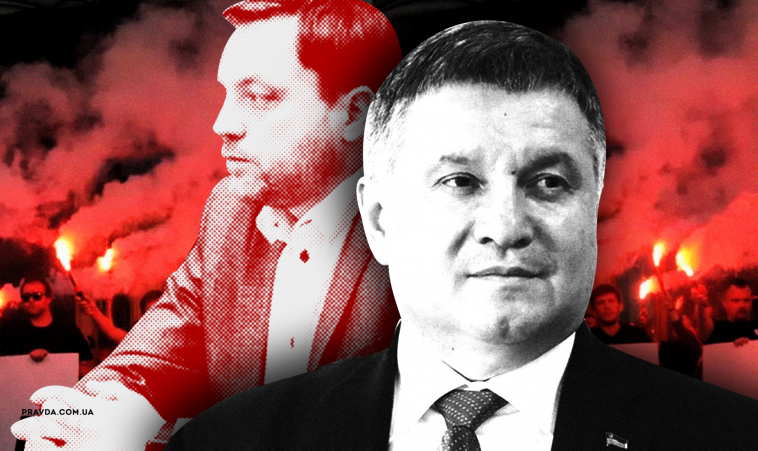 The situation in the combat zone is tense. On July 19, service member of the Joint Forces Oleksandr Horbenko died in hospital, he had received burns to 80 per cent of his body in a hostile attack.

Russia-backed militants continue to block the passage through the control points “Shchastia”, “Zolote”, “Hnutove”, “Mayorske”, and “Maryinka” on the contact line, the Joint Forces command reported.

Throughout last week, “Stanytsia Luhanska” was the only control point operated daily on the contact line. Last week, there were 7,296 crossings into the occupied territory, and 5,769 entries into the government-controlled area, the State Border Guard Services of Ukraine said.

Throughout those seven years, respect to the grief of the victims’ families has been the cornerstone of the work by all members of the Joint Investigation Team – Ukraine, the Netherlands, Belgium, Australia, and Malaysia, the statement reads.

The partners agreed that a Dutch court will take over the case, as the Dutch nationals were a majority on board.

“The Joint Investigation Team has identified the Buk missile system that downed the plane, and has traced its route from the Russian Federation to Ukraine, and back. The prosecutors and investigators have identified four suspects in the downing of the Boeing. In 2019, Ukraine passed respective criminal proceedings to the Netherlands. The court trial that began in March holds the attention of the international community,” the statement reads.

Preliminary hearing ended in May. On June 7, hearing of the case on the merits began.

“At this stage, the court will consider the main version brought forward by the prosecution. The three key questions to answer are: was the plane downed by the Buk missile system? Was the launch site located on a field near Pervomayskyi? What is the role of the suspects in the plane downing?” Iryna Venediktova said.

Interior Minister Avakov resigns: what does it mean?

On July 15, the Parliament voted to accept the resignation of the Interior Minister Arsen Avakov. He resigned two days earlier. On July 16, votes were cast for the new Interior Minister, the Parliament supported the candidate proposed by the President – chair of the parliamentary law enforcement committee, MP of the “Servant of the People” faction Denys Monastyrskyi.

We look at the reasons behind and the fallout from Avakov’s resignation, as seen by the media.

How will we remember Avakov? In late April 2014, a few months after Euromaidan, the National Guard of Ukraine taking orders from Arsen Avakov, cleared the Kharkiv regional administration seized by separatists. (His political record is linked to the region, he previously served as head of the administration.) If, at that time, Donetsk and Luhansk had had “Avakov of their own”, Russia would not have succeeded in starting the conflict in eastern Ukraine, Avakov’s political allies say. Back then, he maintained the control over Kharkiv.

Arsen Avakov, 57, served the record term of seven years and four months as a minister. During his first years in service, he rolled out the fundamental reform of the Interior Ministry. Georgian politicians contributed to the launch of patrol police.

As Interior Minister, Avakov put efforts to form volunteer police battalions and establish the National Guard that played a key role in defending Ukraine in the first months of the war in the east, while the Ukrainian army was in ruins.

Zelenskyi taking control over law enforcement. The main reason behind Avakov’s resignation is the intention of President Zelenskyi’s team to take control over the key law enforcement agency that was beyond their control, a majority of political analysts agree.

“The reason is to take control over all law enforcement agencies in Ukraine, and have their person chair the Interior Ministry. Preparations were underway for many months, with no exact date or scenario at hand,” said head of the Center for Applied Political Research “Penta” Volodymyr Fesenko.

“As soon as the President’s team saw Zelenskyi’s approval ratings go up as a result of a series of decisions ordered by the National Security and Defense Council, they decided to take control over those government agencies that previously were beyond the control,” the political analyst said.

Contrasting views of the future of Donbas. Arsen Avakov resigned the next day after the Berlin talks between President Zelenskyi and Chancellor Merkel. Possible concessions made by Zelenskyi could have caused the resignation, expert of the Ukrainian Institute of the Future Ihor Popov said.

“Arsen Avakov played an important role in the structure of the Ukrainian government, not just because of his experience, but also due to his values and interests. In terms of foreign policy, he criticized the recent solutions for Donbas, and was firmly against the implementation of the political part of the Minsk agreements. As Avakov has resigned, Ukraine’s position on that will weaken,” Ihor Popov said.

“Avakov could project the possible changes of the coming autumn. Particularly, the pressure on Ukraine by the European Union, and Germany in the first place to fully implement the Minsk agreements including the ‘Steinmeier formula’ and the ‘clusters of Donbas’ project that places elections in ORDLO (the occupied areas) ahead of the restored border control by Ukraine in the east.”

“Besides, according to the clusters project, security in ORDLO is to be maintained by joint patrols of the Ukrainian police and the so-called people’s militia. I can hardly imagine Avakov accept the idea as Interior Minister and politician. He represents the patriotic part of the Ukrainian society, and that would come in conflict with his beliefs,” the expert of the Ukrainian Institute of the Future said.

Dead end in Pavlo Sheremet’s murder case. While July 20 will mark five years since journalist Pavlo Sheremet was murdered, the case has not advanced to the sentencing stage, and the society lacks trust in the prosecution.

Instead, pediatric surgeon and volunteer Yulia Kuzmenko, and musician Andriy Antonenko were jailed pretrial on murder charges, and combat nurse Yana Duhar was under house arrest. Finally, the court put Kuzmenko and Antonenko under house arrest amending the pretrial measure to Antonenko nicknamed “Riffmaster” only in April 2021.

In June 2020, Zelenskyi said Avakov has to assume the responsibility over the Sheremet’s case and bring it to an end.

“He has to bring the Sheremet’s case to an end. If I may say, he is the one who holds responsibility over this situation as seen by the society,” the President said.

Putin’s vision of “unity” of the Russian and Ukrainian people

On July 13, on the eve of the 30th anniversary of Ukraine’s independence (that Ukraine will mark on August 24), the Kremlin published Vladimir Putin’s “analytical article” “On the historic unity of Russians and Ukrainians”. It portrays Ukraine and Russia as “one nation, a single whole” (which also implies “one great Russian nation” and “one Russian world”), being not only another example of pseudo-historicism but also a loose documentation of Russia’s political course regarding Ukraine. UCMC’s Hybrid Warfare Analytical Group analyzes the key messages of the article.

Russia’s information politics as a tool of hybrid warfare

Russia has succeeded in rethinking the art of war, combining brute military force with way more refined weapon — information operations. This has implications not only for the Russian-Ukrainian war — the hybrid influence has always been one of the Kremlin’s key instruments in promoting its toxic narratives both within the country and abroad. A new piece by UCMC’s Hybrid Warfare Analytical Group, read on.

Culture: “Olga”, a Swiss-French film based on a Ukrainian story wins an award at Cannes Film Festival

“Olga” is the feature debut of Grappe, co-written with Raphaëlle Desplechin. Olga is a 15-year-old Ukrainian gymnast torn between the training routines in Switzerland where her father’s family lives, and Ukraine where Euromaidan erupts and her mother works as a journalist. Grappe followed Maidan through the news, later, as he began to develop the film, he came to Ukraine a number of times collecting the testimony about Maidan.

“When I started working on the project, (…) I met many people who were in Maidan. That was very important for me to be able to show the best perspective on Maidan, not just the Swiss-French perspective I have,” Grappe said in an interview with the Ukrainian public broadcaster.

Olga is played by the non-professional actor Anastasia Budyashkina, a gymnast from Luhansk. There is also documentary footage of Maidan in the film. A few scenes were shot in Ukraine, while Grappe also worked with a Ukrainian producer and a Ukrainian technical crew.

Technically, Ukraine is not part of the co-production. In 2019, as the project was pitched for financing by the Ukrainian State Film Agency, it pre-qualified, but was rejected in the final stage of the pitch process. That happened against a backdrop of a political reset and incompetent decisions of new managers of the cultural institutions, Ukrainian filmmakers say.

“I don’t know how it happened, but a French film director made a truly Ukrainian film, kudos to the Ukrainian team. (…) We were actually engaged in the film production for several years without financing in place just because we were conscious of its importance for Ukraine,” producer Sashko Chubko told the Ukrainian public broadcaster in Cannes.

For more details go to the “Semaine de la Critique” page, and watch a film excerpt at the link.

In Ukraine, the Covid-19 rate is stable. On July 18, Ukraine recorded 182 new coronavirus cases, five deaths, and 187 recoveries. Hospitalized were 307 patients with suspected or confirmed Covid-19.