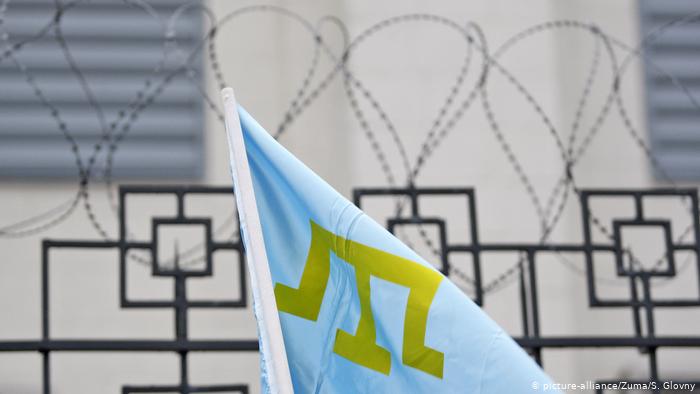 On August 30, Russia-backed militants fired a few shots from small arms near Maryinka in violation of the ceasefire agreements in Donbas achieved within the Trilateral Contact Group. On the same day, Ukrainian troops recorded a total of two violations, they did not return fire.

At midday, August 31 the ceasefire was being observed in full along the frontline, no violations were recorded.

In its report released on August 29, the OSCE Special Monitoring Mission to Ukraine reported a total of 727 ceasefire violations recorded since July 27, when the new ceasefire agreement came into force.

The OSCE count is based on a number of fired shots or explosions, while the Joint Forces command counts episodes of attacks on a single position.

Ceasefire in Donbas: what does the Kremlin ask in return?

Ukrainian authorities are proud to have achieved the ceasefire in Donbas: since July 27 Ukraine has not recorded combat casualties.

However, this unprecedented situation doesn’t mean that Russia has given up its intentions in Donbas, instead it has taken to new means to achieve them. Having temporarily lessened the military pressure on Kyiv, the Kremlin started blackmailing the Ukrainian authorities threatening to leave the negotiations seen by Ukraine as key, featuring the head of the Office of the President Andriy Yermak and the Kremlin’s chief negotiator Dmitry Kozak. To keep the talks going, Russia demands new concessions from Ukraine.

The Kremlin’s demands leaked into media, “Glavcom” released them. Though the authenticity of the document is questionable, the key ideas that it puts forward are already being discussed by the Trilateral Contact Group.

Particularly, the Kremlin attempts to impose a “direct dialogue” between the Ukrainian government and the militants it backs. What are the actual demands?

“Direct dialogue” and amendments to the Constitution. While Russia has always intended to legitimize the “DPR” and “LPR” by pushing Ukraine to direct talks with the occupation administrations, it now makes the idea central. Russia wants to position itself as an intermediary between Ukraine and its proxies. The latter are the ones to agree disengagement of forces and mine clearance with, the Kremlin insists.

Moscow also demands that Kyiv and occupation authorities jointly draft the law on the “special status” incorporating the “Steinmeier formula” and the law on amnesty that does not require consultations as per Minsk-2.

Elections in Donbas this year. Election is key. The document requests that “all the provisions of the parliamentary decree no.3809 that contradict the Minsk agreements are cancelled”. The decree sets October 25, 2020 as the date for local elections throughout Ukraine but in its occupied areas. Russia wants that the “but” part is taken away.

If the decree is amended, the Central Election Commission will have to announce elections in Donetsk, Luhansk, Makiyivka etc. before Russia implements security provisions. The Kremlin has officially confirmed the demand.

During the meeting of the Trilateral Contact Group in Minsk it turned out that it was Russia’s key demand, the discussion was centered on it, said member of the Ukrainian delegation representing internally displaced persons Serhiy Harmash. As a result, the head of the Ukrainian delegation Leonid Kravchuk agreed to address the Parliament asking to “consider if the decree is in line with the Minsk agreements”.

From the legal standpoint the decree does not contradict Minsk, but Russia is pushing Ukraine to amend it. It’s unlikely that it will stop after the Parliament rejects the demand.

Moreover, Moscow suggests a detailed political settlement avoiding clarity on disarmament and security ahead of the elections. Besides, not a single word is said on ceasefire guarantees.

Normandy summits under threat. Ideas put forward by Russia annul the possibility of holding a new Normandy format meeting wanted by Volodymyr Zelenskyi, as the precondition for the meeting actually becomes the political settlement in Donbas. It runs counter to what was agreed by the state leaders in Paris.

Accepting Russia’s demands would turn the logic of the summit preparations upside down: instead of Normandy Four leaders, it’s their advisors who are to agree a new action plan; after the parties (Ukraine and occupation authorities, as seen by Russia) implement it, Russia will give the green light to the meeting of the state leaders happening when everything is already done.

On August 28, the Constitutional Court ruled unconstitutional the decree issued to appoint Artem Sytnyk the director of the National Anti-Corruption Bureau of Ukraine (NABU).

Sytnyk was appointed to office by President Poroshenko on April 16, 2015. He was the candidate that scored best in the selection process.

The decision of the Constitutional Court annuls the decree on appointment. At the same time it leaves intact “the legal relations that resulted from the job responsibilities” performed by Sytnyk.

MPs that asked the Court to consider legality of the decree (Oleksandr Dubinskyi, Maksym Buzhanskyi, Viktor Medvedchuk, Andriy Derkach and others) insisted that the President went beyond his constitutional powers, as the Constitution doesn’t include the position of the NABU director into presidential appointments. The Constitutional Court agreed.

On August 31, Russian law enforcement staff searched the houses of Crimean Tatars in Nyzhnyohirskyi and Sovetskyi districts of the occupied Crimea as well as in Sudak, “Crimean Solidarity” human rights organization reported.

In the morning, the house of Aider Kadyrov, a journalist for “Crimean Solidarity” and “Grani.ru” was ransacked. He was then taken to the Simferopol office of the Federal Security Service.

Inside the house, during the search, there was also Kadyrov’s wife and four children. The youngest is two and a half month old. He was later taken by his grandmother who was waiting outside.

In Sovetskyi district, the house of Enver Topchi was ransacked, in Sonyachna Dolyna – the house of Aider Ablyakimov, emergency service worker. In Sudak the house of activist Umer Ridvan was searched.

In Crimea, Crimean Tatars are subject to systematic pressure by occupation authorities. Their houses are ransacked regularly. The previous incident took place on July 7 when six Crimean Tatars were arrested – Emil Ziyadinov, Seiran Khairetdinov, Ismet Ibragimov, Alim Sufiyanov, Oleksandr Sizikov and Vadym Bektemirov. No explanation of motives for these arrests was provided.

As of the end of August, Ukraine has recorded 121,215 coronavirus cases. The coronavirus death toll reached 2,557; recoveries are 57,114. In the past week the daily tally of new cases surpassed two thousand. The daily number of coronavirus deaths varies between 20 and 50.

The restrictions will stay in force until midnight, September 28. The ban applies to all foreign nationals regardless of the COVID-19 situation in their country of origin.

At the same time, there are exceptions. Foreign nationals – immediate family members of Ukraine citizens, holders of the temporary or permanent resident permit, or a work permit, technical specialists invited by Ukrainian companies, students or patients seeking treatment, members of foreign delegations, employees of international organizations or participants of sports competitions, will still be able to enter Ukraine in the coming month.

Foreign nationals are allowed to transit Ukraine, they should be able to prove they will exit the country within two days.

Medical insurance covering expenses related to COVID-19 and self-quarantine is a mandatory prerequisite for entering Ukraine.