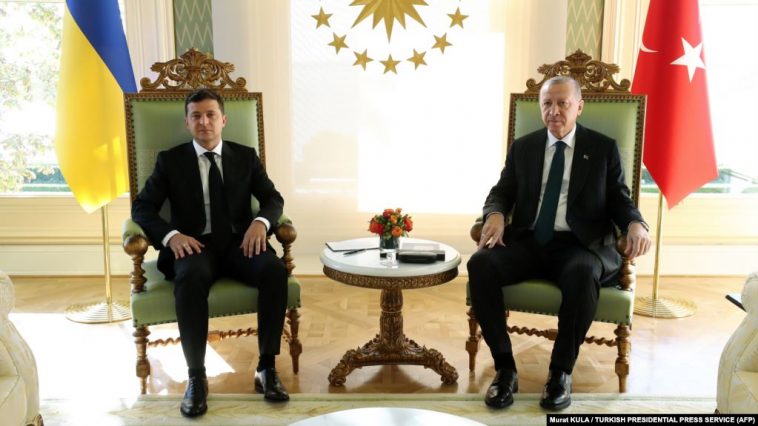 The situation in the combat zone is stable. During October 18, two ceasefire violations by the armed forces of the Russian Federation were recorded in the areas of responsibility of Ukrainian brigades. This was announced in the morning report of the Joint Forces Operation.

Diplomacy in the Minsk Group. On Wednesday, October 14, a scheduled meeting of the Tripartite Contact Group (TCG) was held via videoconferencing.

The participants discussed the ceasefire in Donbas, the exchange of prisoners, the opening of new checkpoints, as well as the slowdown of the TCG activity due to political issues, the Office of the President of Ukraine said.

In particular, the Chief Monitor of the OSCE SMM Yaşar Halit Çevik noted the achievements in the implementation of ceasefire. However, he added that political issues hindering the effectiveness of security group meetings should not be at the forefront of its work.

New checkpoints. Ukraine is preparing for the next deployment of troops in four sectors in Donbas, and is going to open two entry-exit checkpoints near Shchastia and Zolote by November 10.

“We are very pleased that Ukraine has taken a strong position on Belarus, especially Foreign Minister Dmytro Kuleba. They are ready to support sanctions. They may have their own list, or may support the EU sanctions. This is an obvious sign of support for the Belarusian people in their struggle,” Tikhanovska said in an interview with the Belarusian service of Radio Liberty last week.

She added that she would like to build partnership relations with Ukraine. Tikhanovska also spoke about the preparations for her visit to Ukraine.

“We are planning a trip to Kyiv in the near future. After the local elections,” she said.

Protests in Belarus have been going on for over two months.They began right after the presidential election, when Alexander Lukashenko was declared winner by the country’s CEC.

International politics: what changed after Zelenskyy’s visit to Istanbul?

The Ukrainian president spent the end of last week in Istanbul. Volodymyr Zelenskyy’s one-day work program included a meeting with his Turkish counterpart Recep Tayyip Erdogan, a visit to the Ecumenical Patriarchate and the signing of a number of bilateral documents, including a joint statement by the two presidents. Now the details of what was achieved.

Security issues: focus on Crimea. During the meeting, the presidents paid great attention to the deteriorating security situation in the region – the situation in Syria and Libya, the resumption of hostilities between Armenia and Azerbaijan, the growing Russian presence in the Black Sea and Eastern Mediterranean and the issue of Crimea and Crimean Tatars.

At present, Ankara’s policy of non-recognition of the illegal annexation of the peninsula and assistance in the release of Ukrainian political prisoners (including Crimean Tatars) illegally detained in non-government-controlled areas and in Russia remains unchanged.

An important message from Ankara was its official agreement to join the Crimean platform, initiated by the Ukrainian party in order to consolidate the efforts of international partners to deoccupy the peninsula.

In addition, Erdogan said at a joint press conference that Turkey would continue to assist Ukraine in implementing housing projects for displaced Crimean Tatars and would take an active part in building a mosque in Kyiv.

Cooperation with NATO. Another important aspect of interaction, reflected in the joint statement, is the continuation of military and political contacts both bilaterally and through NATO. Official Ankara has traditionally supported Ukraine on its Euro-Atlantic path, and cooperation between the armed forces has played a significant role in reforming the Armed Forces in line with NATO standards.

In particular, in June 2020, the Ukrainian government agreed that Ukrainian servicemen would be trained in the training centers of the Turkish Armed Forces (Turkey will provide financial assistance in the amount of 5 million lire, about $ 630,000).

There is no free trade zone yet.We will obviously have to wait for the signing of the FTA agreement between Ukraine and Turkey, because after almost seven years of unsuccessful attempts to agree on the most sensitive points of metallurgy and agriculture,at the beginning of the year the parties decided to “restart” the whole process.

As a result, Kyiv and Ankara have agreed to “reset” their negotiating positions and radically change their approaches to setting mutual tariff rates.

Healthy life expectancy in Ukraine in 2019 was the lowest among European countries – 61.7 years.

These findings from the Global Burden of Disease Study 2019 are based on a number of indicators in 204 countries during 1950-2019 and published in The Lancet. Among other things, the study determines for each country the so-called Healthy life expectancy (HALE) – an estimate of how many years people might live in good health.

On October 18, 4,766 people were diagnosed with coronavirus disease in Ukraine. It is also known that yesterday 1,112 patients recovered and 66 died from complications. During the whole epidemic in Ukraine, COVID-19 was confirmed in 303,638 people. Of these, 126,489 patients recovered and 5,673 died from complications. More than 171,000 people continue to receive COVID treatment.

The growth of the epidemic. The epidemic in Ukraine is only gaining momentum, so the records for the number of new cases change every week, if not more often. The Kyiv School of Economics even forecasts that 10,000 new COVID-19 cases may be registered daily in November.

The Ministry of Healthcare of Ukraine has begun preparing temporary hospitals for patients with coronavirus disease. The situation with COVID is called “much worse than ever since the beginning of the epidemic.”

In Ukraine, there is currently an adaptive quarantine, within which the regions are divided into quarantine zones according to the level of COVID-19 spread.

15th place in the world in the number of new patients, 9th place in the world in mortality. On October 17, 3,971 people died of coronavirus in the world. Ukraine ranks 9th in COVID-19 mortality rate. Ukraine is followed by France, although the largest number of infections has been recorded there in recent days. In particular, for the last day COVID-19 was confirmed in almost 30 thousand French people, which is 5 times more than the number of cases registered in Ukraine. However, the mortality rate per day is lower in France.

In total, on October 17, almost 325,000 new coronavirus cases were registered in the world. In addition to the United States and India, a significant number of cases have been reported in the United Kingdom and Russia.

Ukraine ranks 15th on the list, ahead of the Czech Republic and Romania.